I wanted to include two pictures that Meagan's Dad took at the opening. 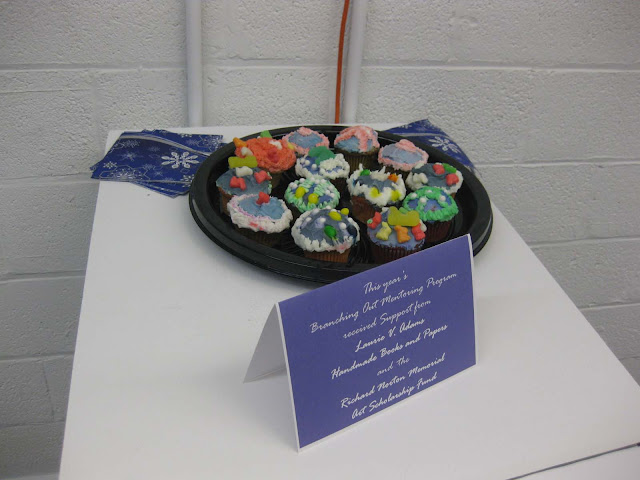 These cupcakes were real art but you could eat them!!! YUM 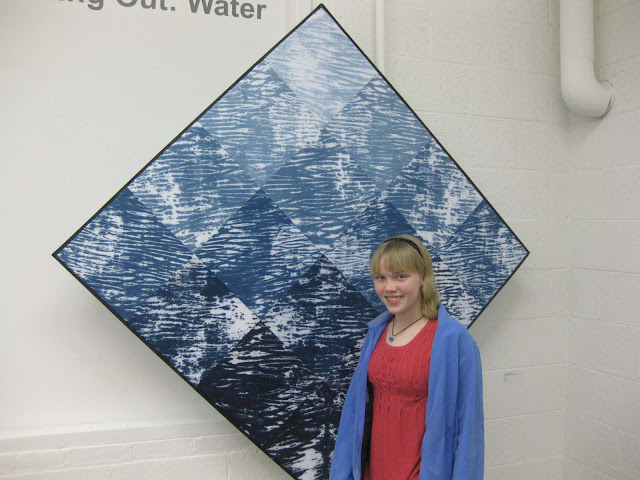 Isn't she just too cute. AND she is such a lovely young woman (great parents)

Her dad is the family documentor. I am hoping Meagan and I continue to have play days together. Judith (quiltordye) and I are making silk batik scarves on March 17th. Meagan is involved with a group I think is called People to People and as such is raising money to go to Paris, Rome, Venice, (another city), and Athens. I think that is wonderful. I have been in all those cities and many more. I went to school at the University of Rome in 1966 (yes, I'm old) and studied art history and traveled all over Italy every weekend spending ALL my time in museums. What a thrill. Then I lived in Germany for 1 1/2 years and traveled all over Europe but missed the Netherlands, Luxembourg and Spain. The Netherlands will be my next trip. Since then I returned and took my son backpacking through Europe when he was 13. When he graduated college he left for Sweden where he lived for 6 months, then Australia for a year then the UK for 7 years, then the Bahamas (horrible) for a year and he has lived in Malta now for about 5 years. I think he will stay. The point is that after graduation he never returned here to live.
I think it is wise to learn a language other than your own. My first husband (my son's father) was German and taught me German. I was not great but good enough. Now Nienke is helping me with Dutch and I am learning with CD's too. I WILL get there one day.
On to art talk...I have been very busy on the new website necessities or not. I really got into making these mini-purses/ card cases this weekend and will be uploading ALL the pictures later today. I went a bit wild and made 19 but in different colors. 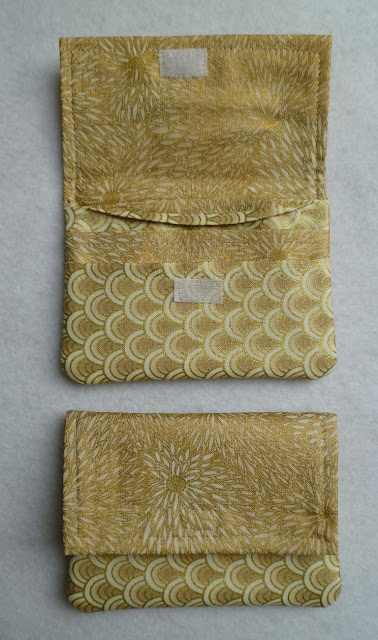 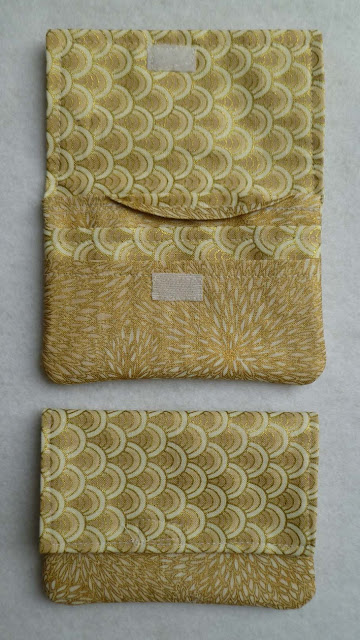