I have this "thing" for circles. I like squares too but circles more. I wanted to make a stencil with circles so I found this template on eBay for under $5./free shipping. Then I bought stencil film and a stencil cutter 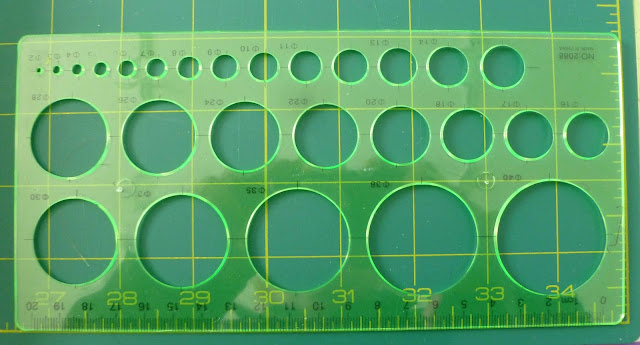 The stencil cutter was from Martha Stewart and it looked really good with multiple tips. The problem was it wouldn't burn through the stencil film. I had to return it to Amazon. 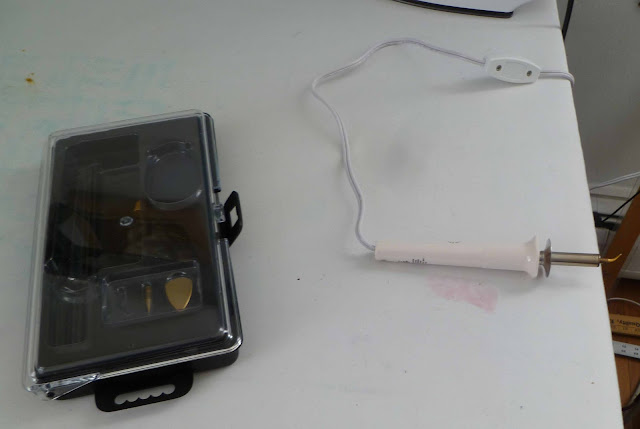 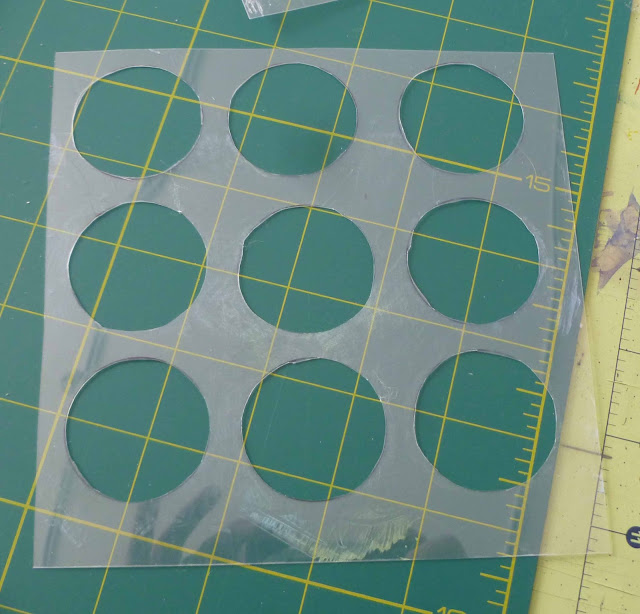 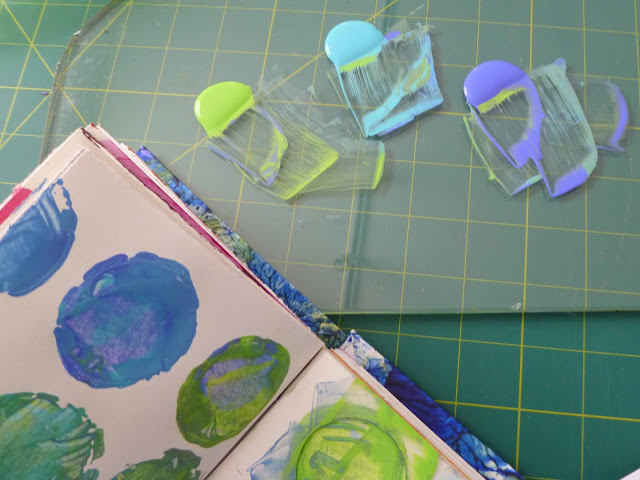 The techniques I used for the stencil was scraped paint. I think I talked about this before. I used a credit card to blend/mix and apply the paint to paper. I have used this technique many time recently and it a favorite of mine. 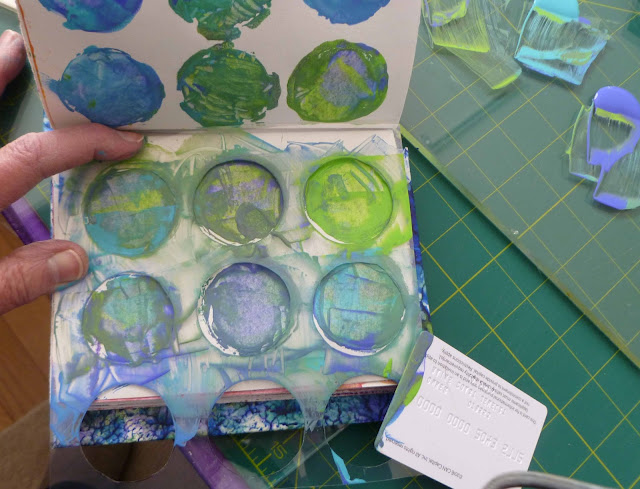 The exact same effect can be achieved with thickened dyes on fabric. 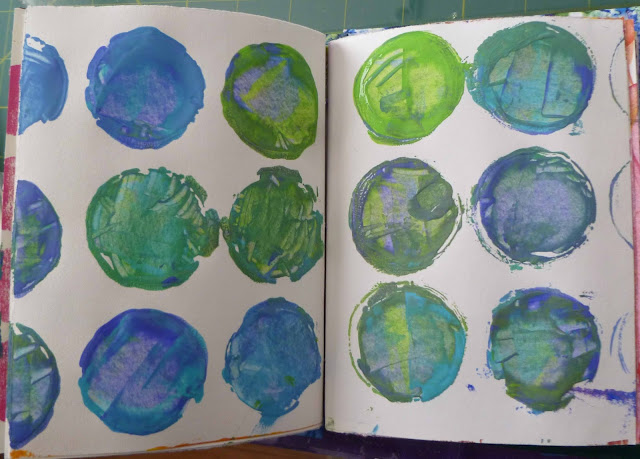 Do you remember the bacon packaging stencil I made? I can't remember why I was touching bacon packaging since I am vegan but it made a great stencil. It wasn't as robust as the stencil film I had purchased for the circles and paint got under them. Live and learn. I still like the effect I achieved. 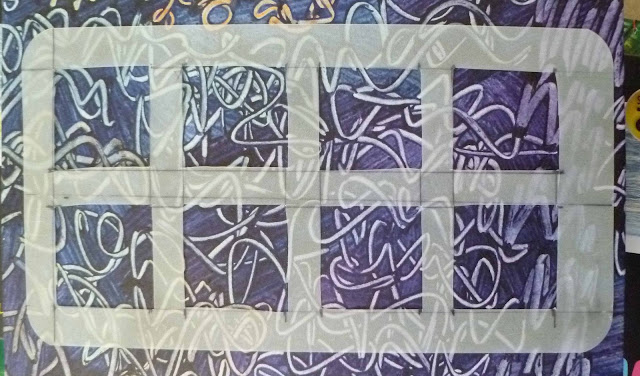 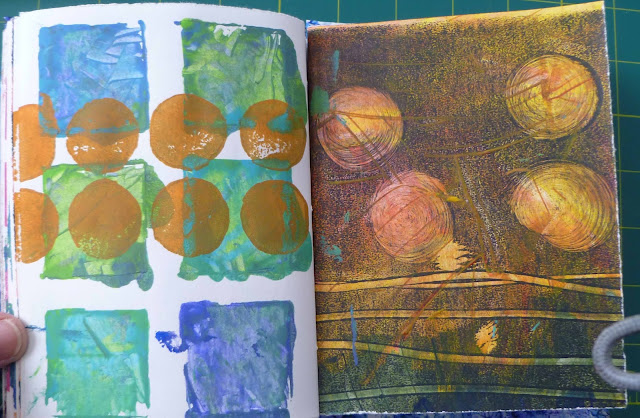 After stenciling on the squares I realized it didn't got at all with the page opposite so I stamped on orange circles - problem solved. 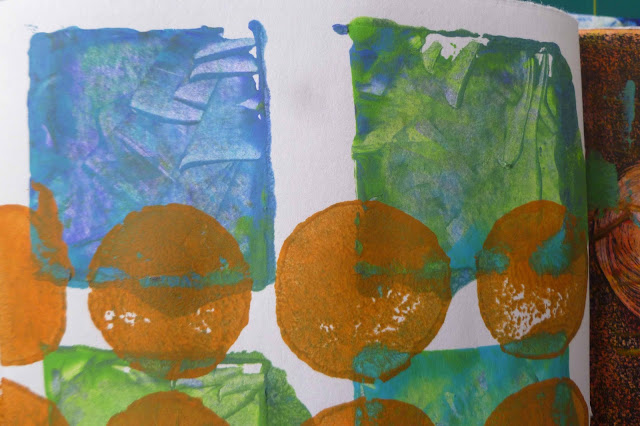