First I have to mention a few great suggestions I received. The most clever suggestion I received was from Joke and it was to turn the piece on it's side and make it a vertical piece. What a clever idea. I think it was Beata who made a causal comment that it was certainly worth saving and was a great background.

I had suggestions about sail boats and other things to add to the "background" but it was never about the ocean but the sunrise. Last night, sometime during the night, I woke up and had a thought about adding crows. Now you might be asking yourself why I never thought of that before and darn if I can tell you.

Today I had to take Brian to the dentist for a check-up and while I waited for him in the car, I did a few sketches of crows for the background. Before we left for the dentist, I went through my archive of crow photographs and chose one that I thought would be appropriate and not take over the entire piece. I fidgeted on Photoshop and got it the way I liked then printed the photograph on fabric.

So here it is not only finished but pleasing to me!! 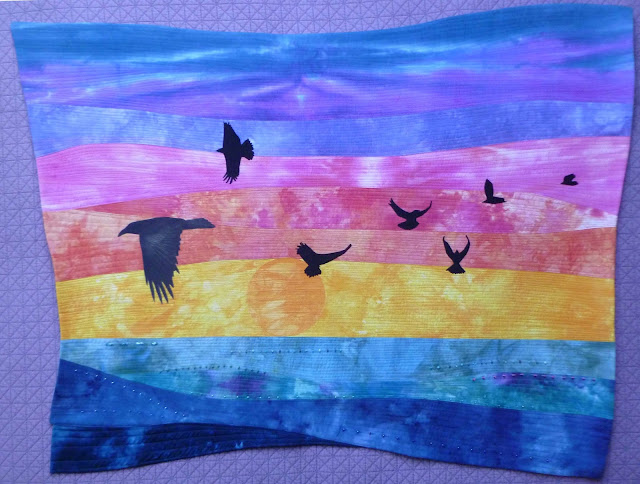 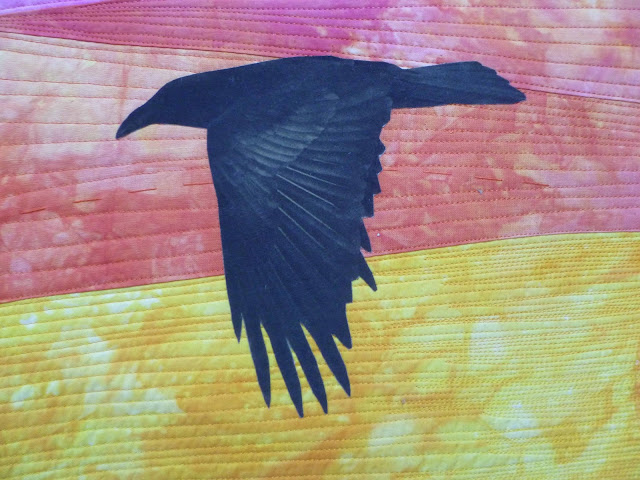