A guest: Diane from the UK

south of London, although I originated from Toronto, Canada. Although I have sewn for

watching a television series on quilting hosted by Penny McMorris. I started out learning

the basics of traditional quilting and now I like to make contemporary and art quilts. I

Quilt group as well as another local group.

The quilt pictured was inspired by the QAYG tutorial on this blog Sewsewart. It has been

stash. It is for her brown leather settee. I wanted to have a pattern that would showcase

Court House Steps, Square in Square and some random strip blocks to form the shape.

Square and Court House Steps as a connection to the outside blocks.

I chose the QAYG method as it allowed me to quilt each block individually, therefore

making the final construction as easy as possible. It was challenging to make every block

different but the process on the tutorial was easy to follow and quite fun. It was lovely to

work with so many different fabrics and use up so many scraps. The results as you can

see were worth the effort so give it a go! 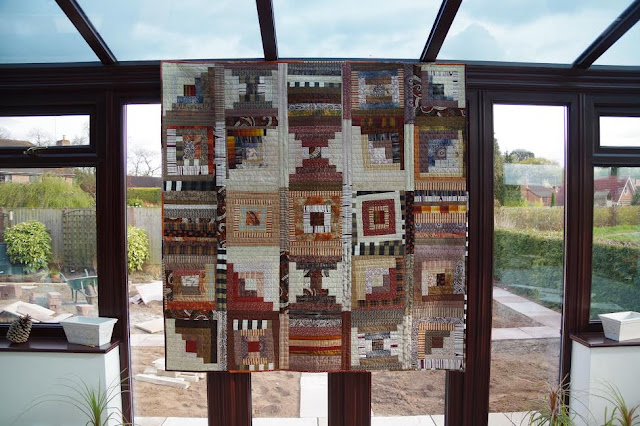 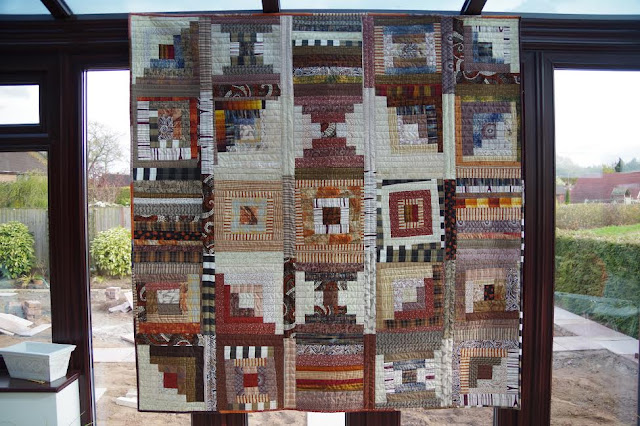