While I was in Amsterdam, I thought it would be very cool to take a workshop at the DIY Textile School. It turned out that the Sunday I was there, was a workshop on knitting - but not ordinary knitting.

The night before the class about half of the women who were in the workshop also attended a performance called Knitting for Peace at The Hague. Since I am NOT a night person, I didn't go.

We started out warming up by starting to knit. I used wool, natural raffia and soft dyed lavender raffia and ended up with Sari yarn made from twisted strips of Saris. 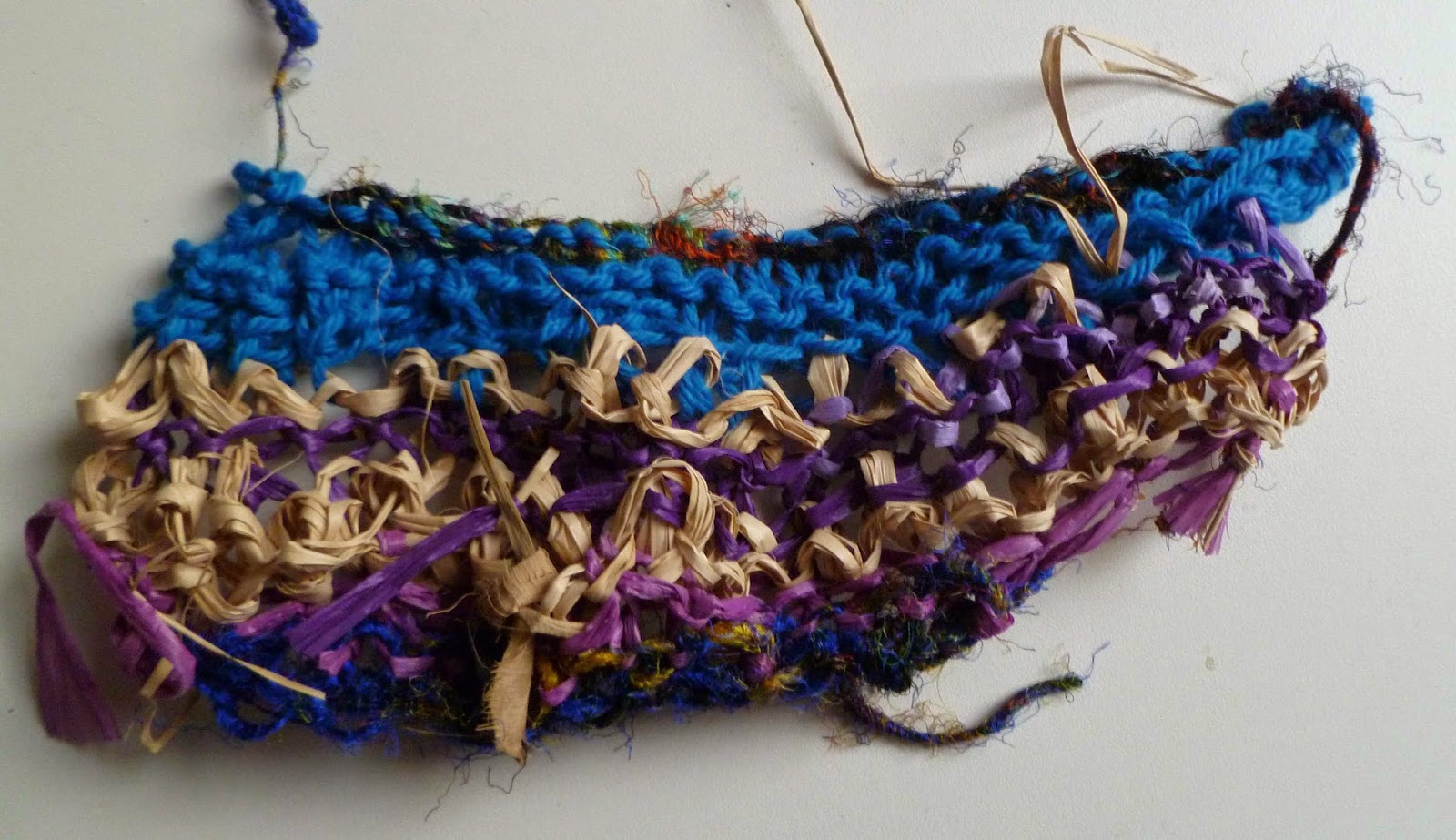 Then we did an exercise with rope , saw a slide show of avante garde knitted and crocheted textiles. We finished up with knitting wire which was not what I thought it would be since we didn't use knitting needles to knit it but rather our hands. 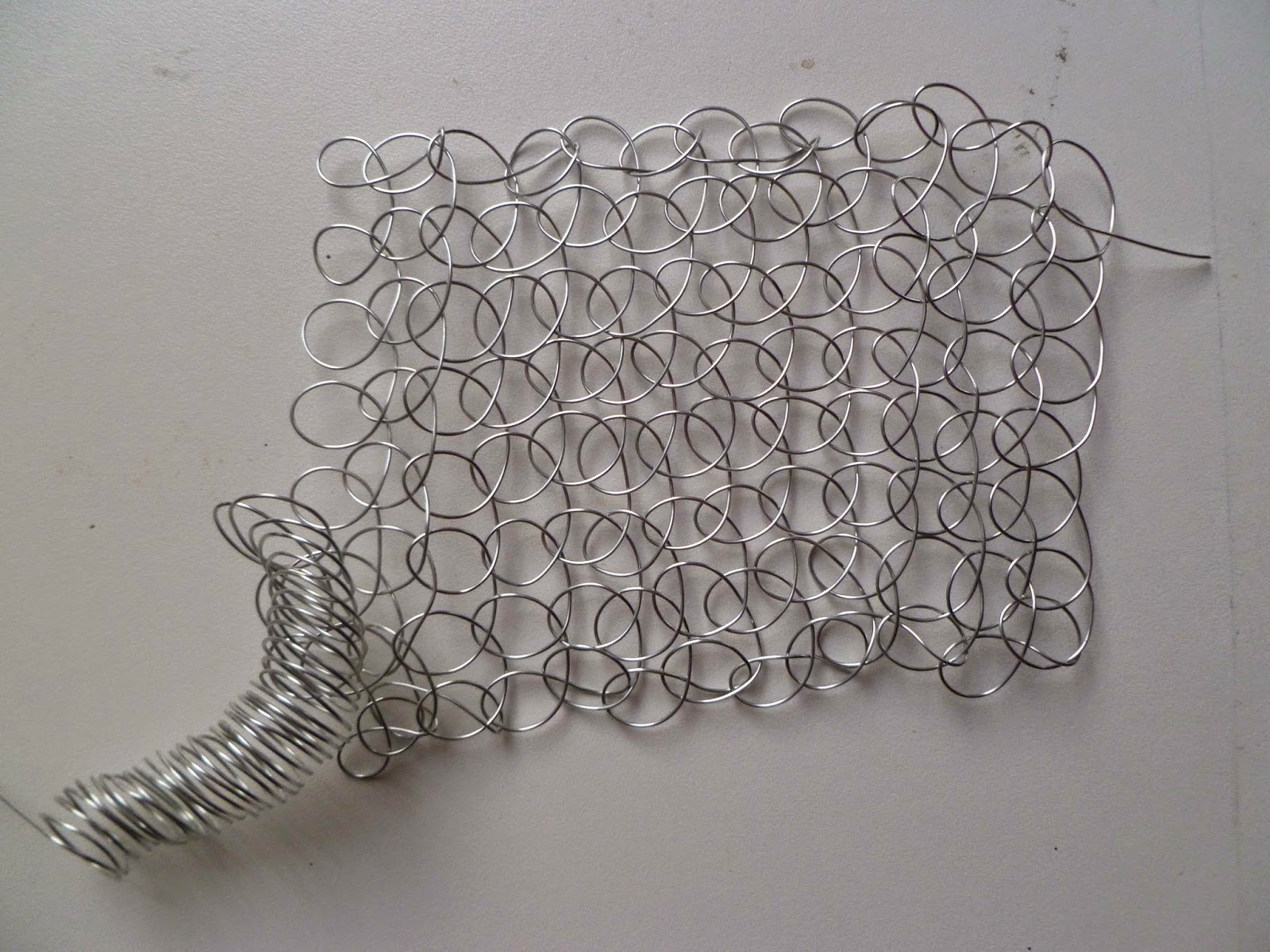 This is the piece I knit from wire. In case you are wondering how difficult it was to take a workshop in a foreign country, it wasn't. The owner of DIY Textile School was from America and the presenter, Adrian Sloane, was from Massachusetts. Also just about everyone in the Netherlands speaks English.
It was a great time and just a fun thing to do getting together with other women from another country united in art. 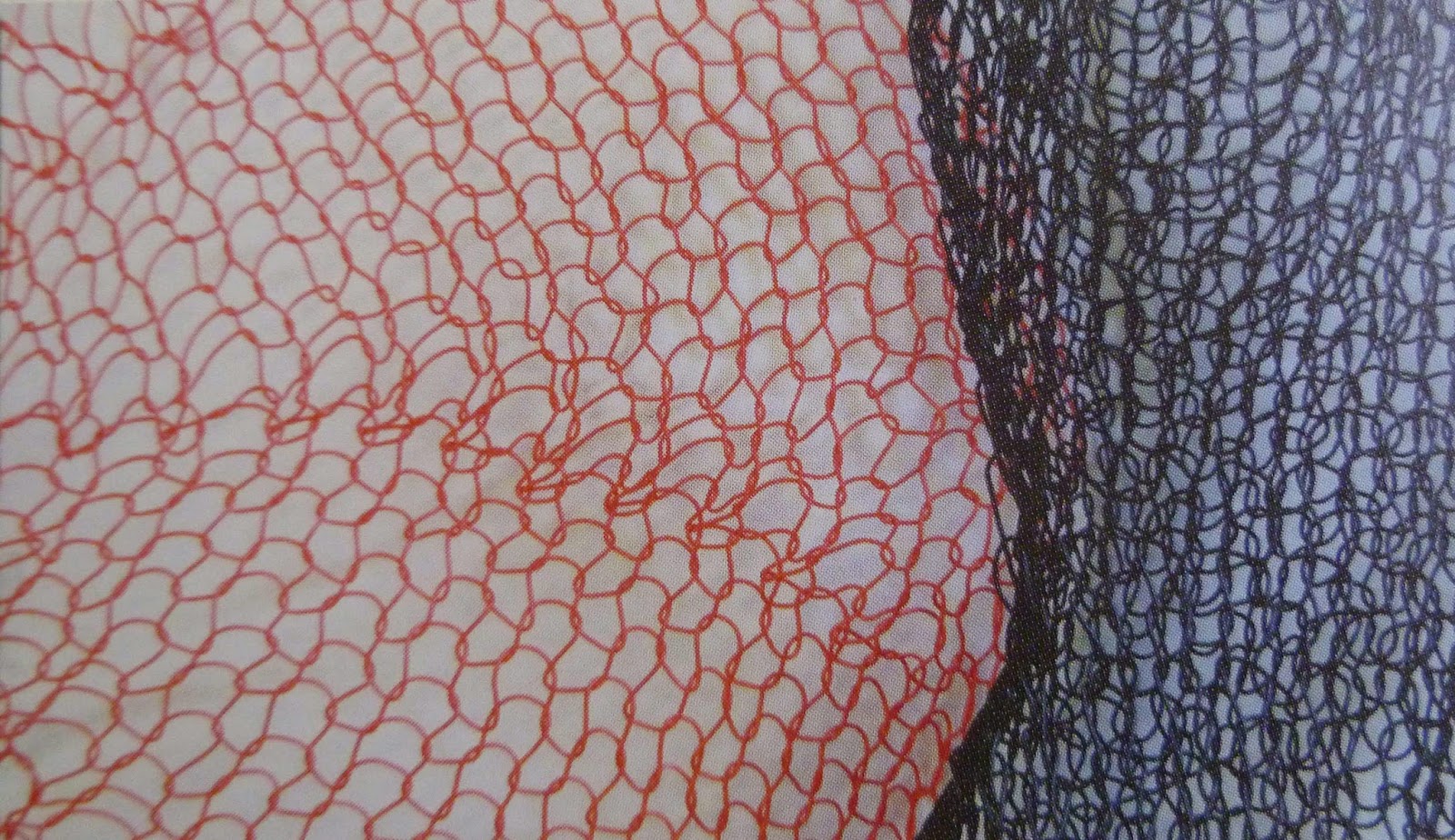 *An update on the storm


We ended up losing power for about 7 hours. With the low temps and high winds, it didn't take long for us to get REALLY cold. We ended up in bed with blankets to keep warm. We got the power back during the night but internet and telephone was out until this morning ( 4 Nov). MANY in our state and others are still without power and cold. What a freak storm that was!! Glad it's over.
Posted by Beth at 1:00 AM