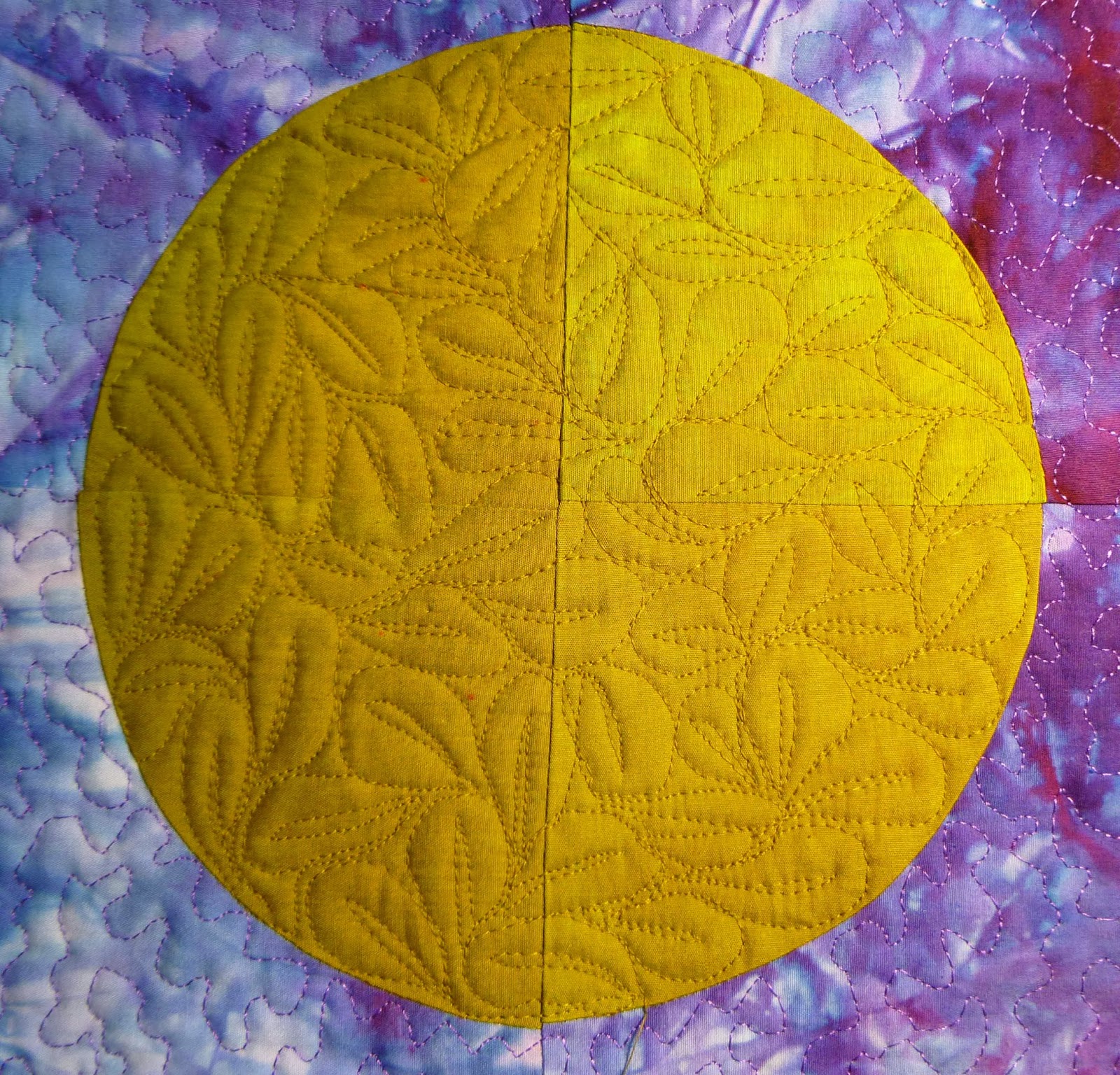 I kind of like this one done with Gutermann thread 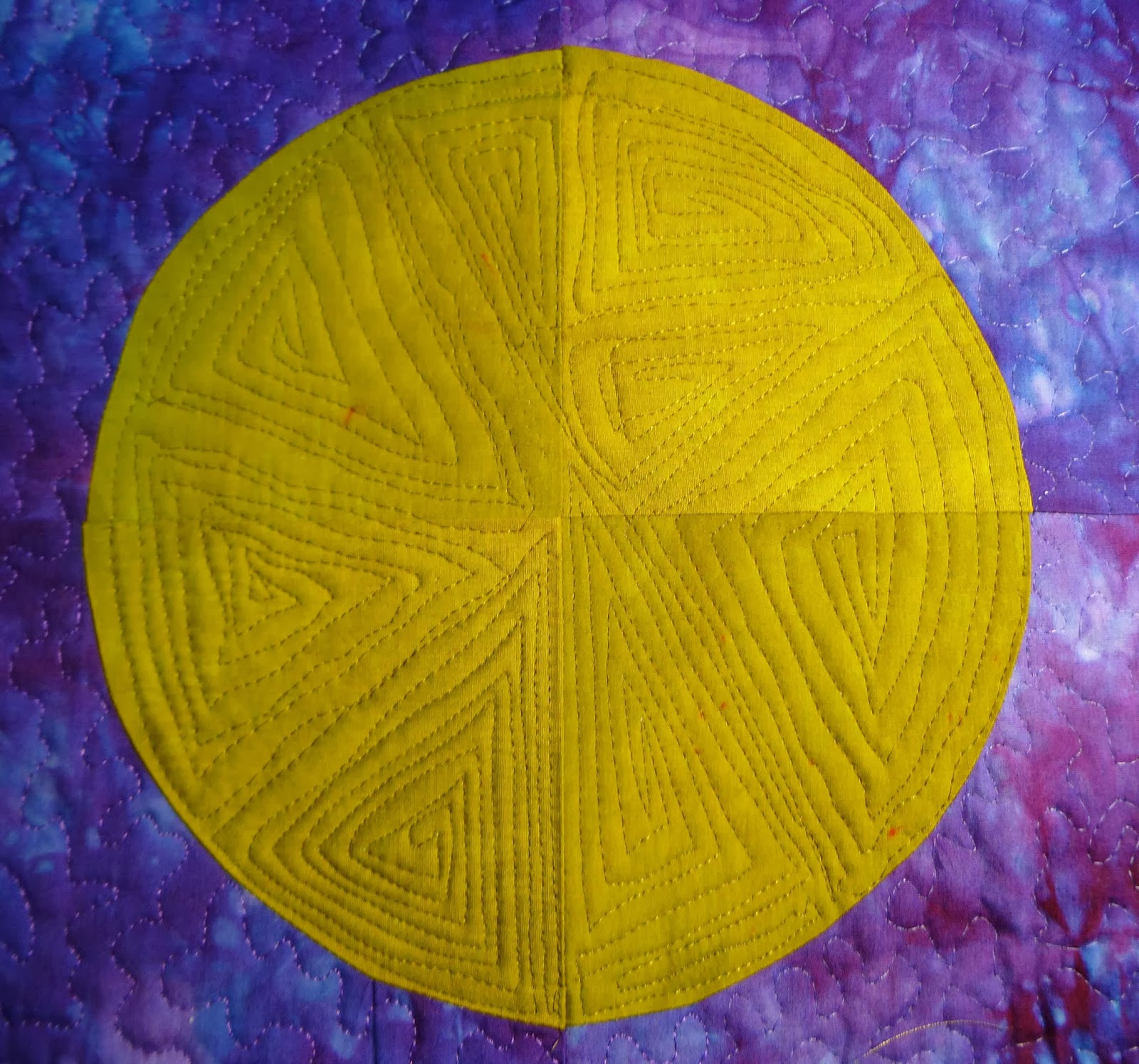 This was Invisifil and I had some breakage problems. I think with a straight stitch and NOT free motion it would be fine. I did order a spool in purple to stipple with which should come Monday. 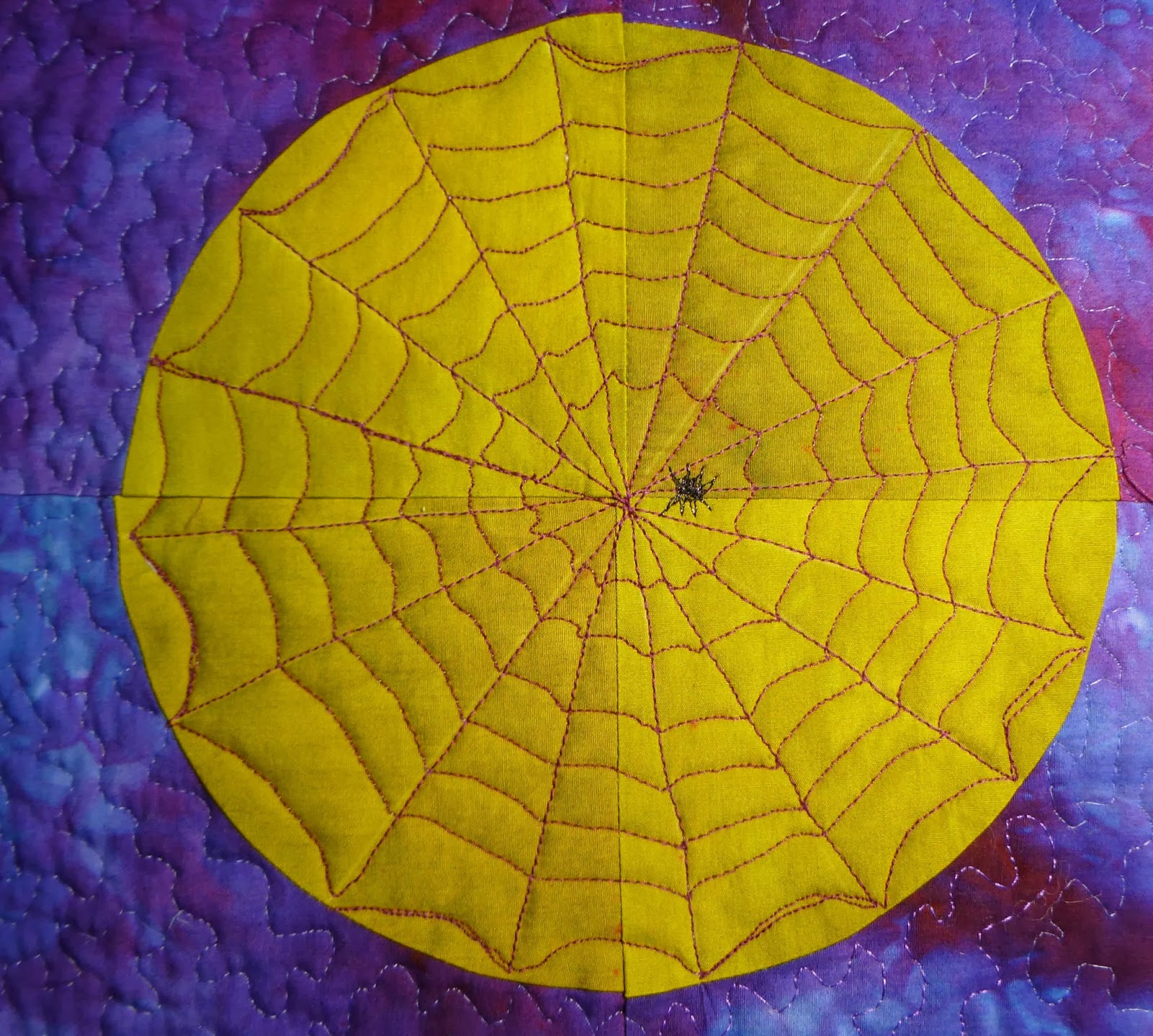 This was also a design I used on my grandson's quilt. The spider is a symbol of creativity. This little guy was done in Madeira metallic thread and he's quite glimmery! 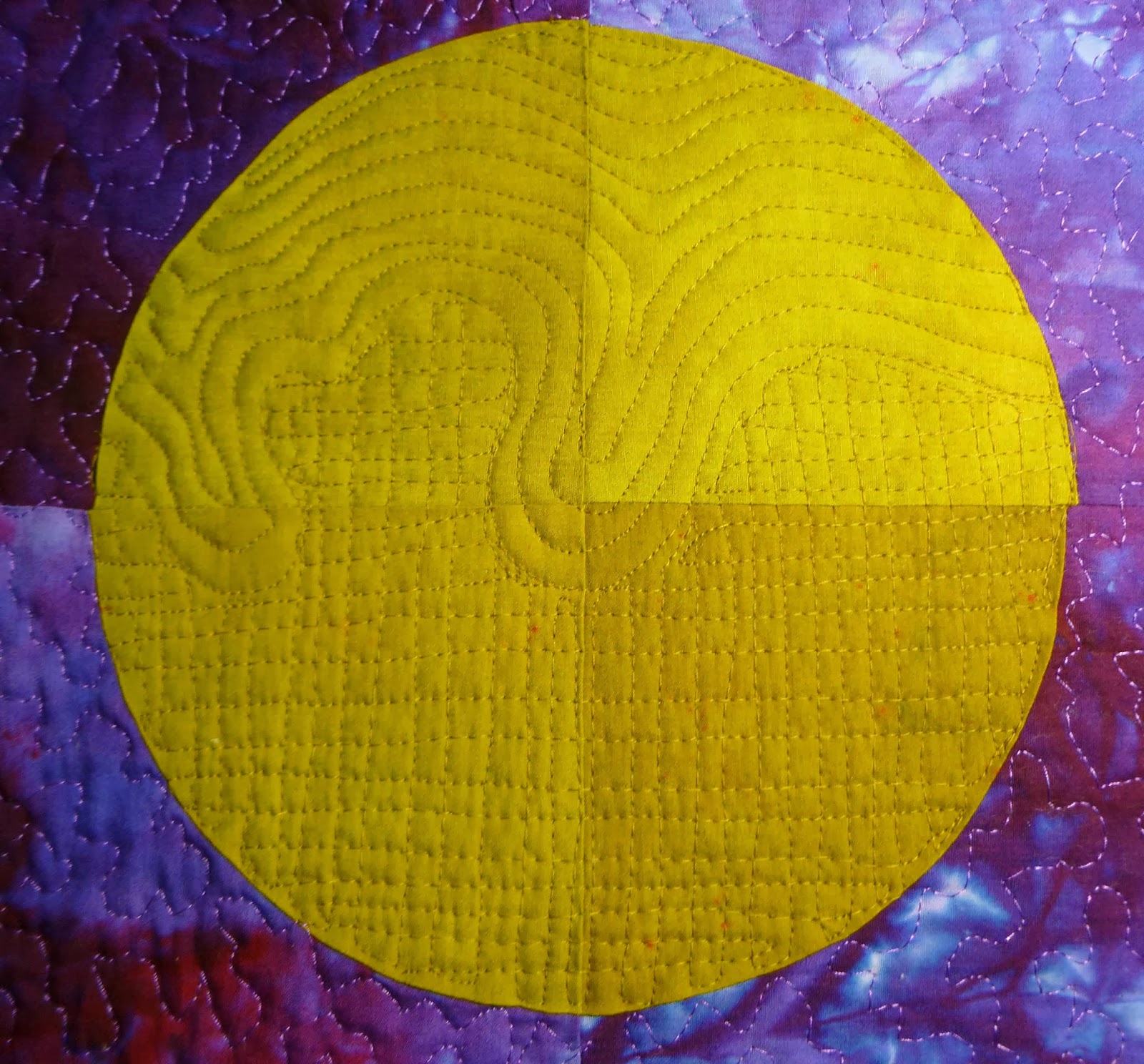 Not as successful as I'd hoped. 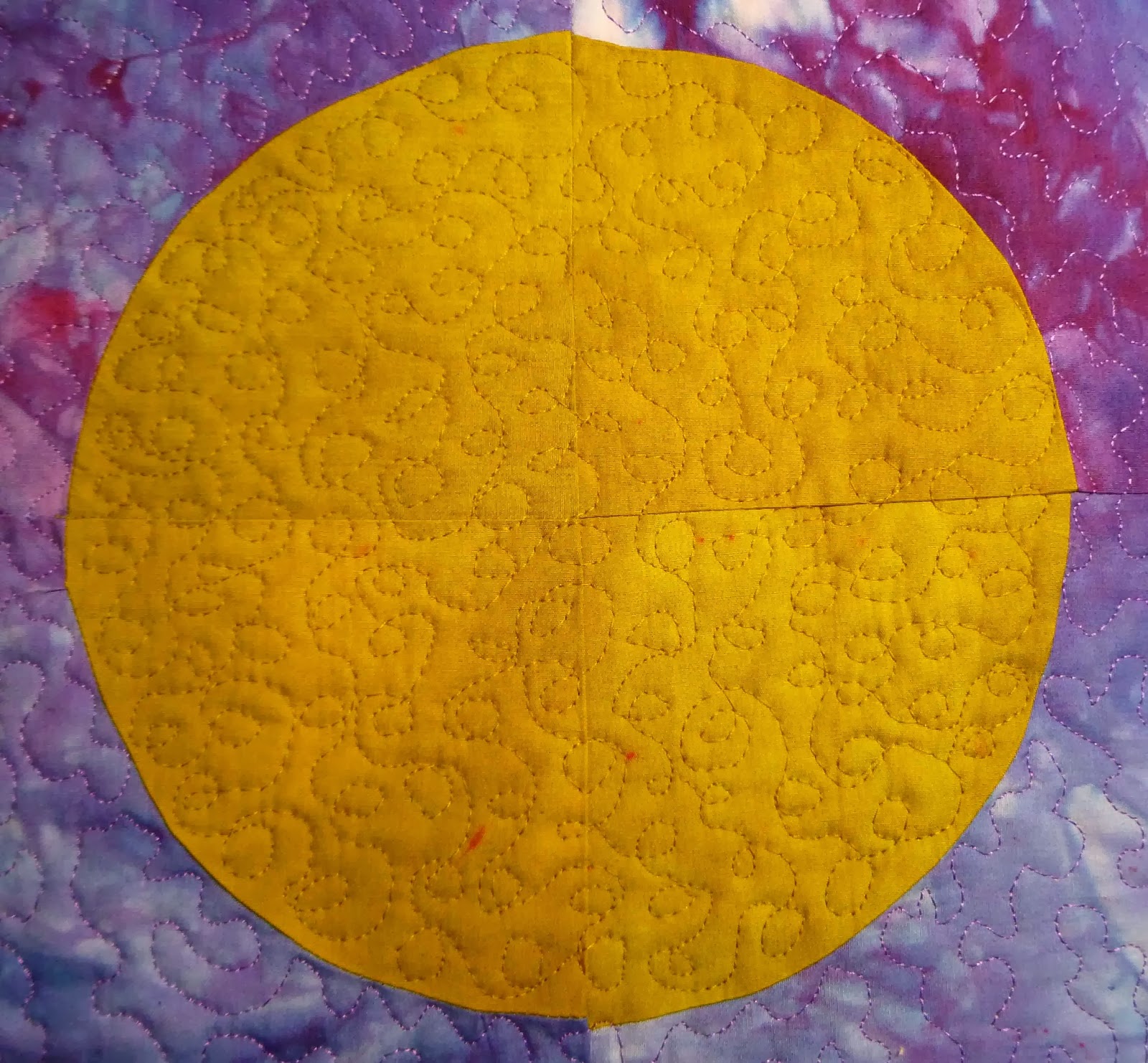 This is what I call my loopty loop pattern which I use a lot along with stippling for backgrounds. 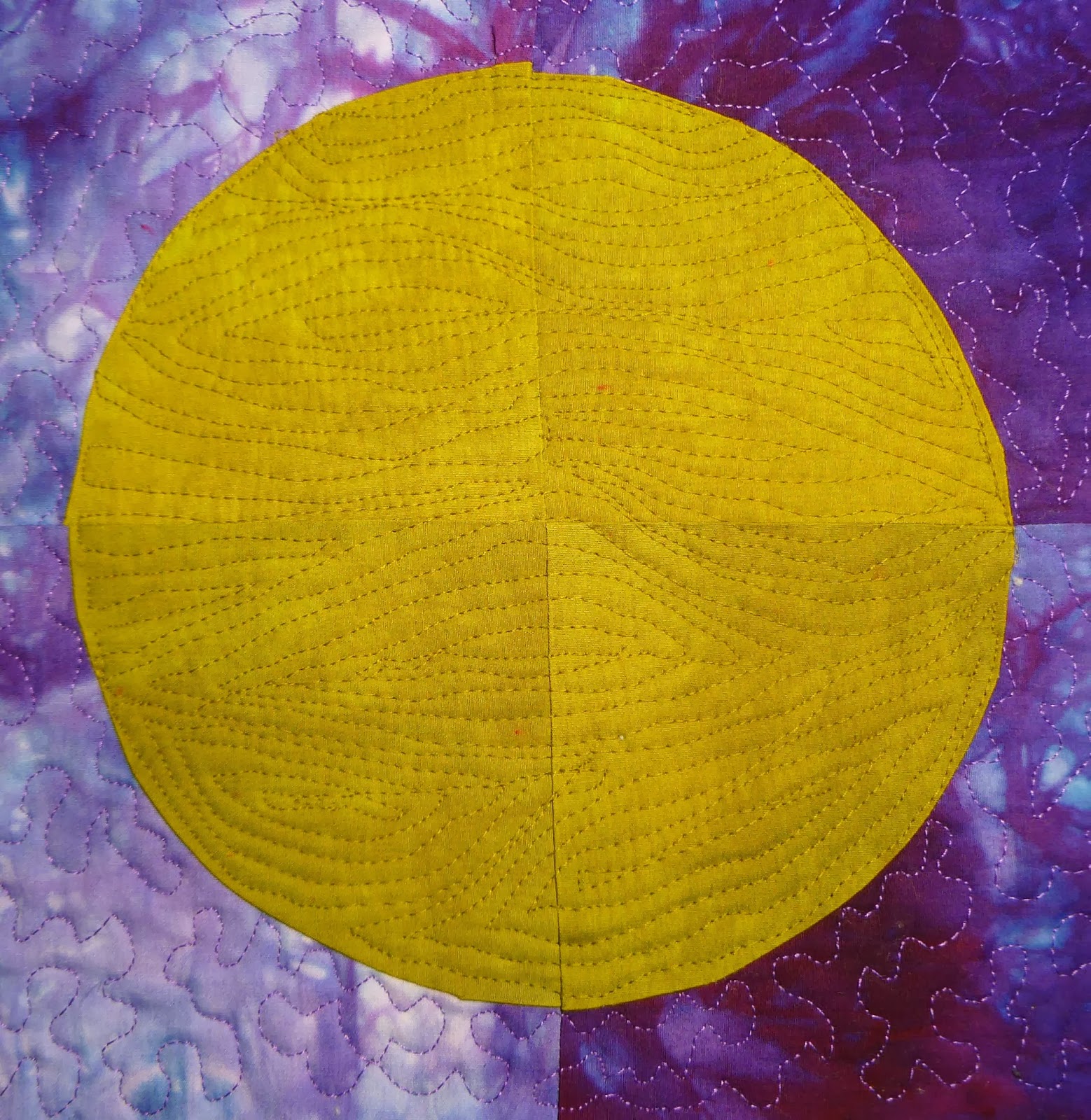 This was "supposed" to be waves. Oops.

This is my rayon in the center with metallics on either side. 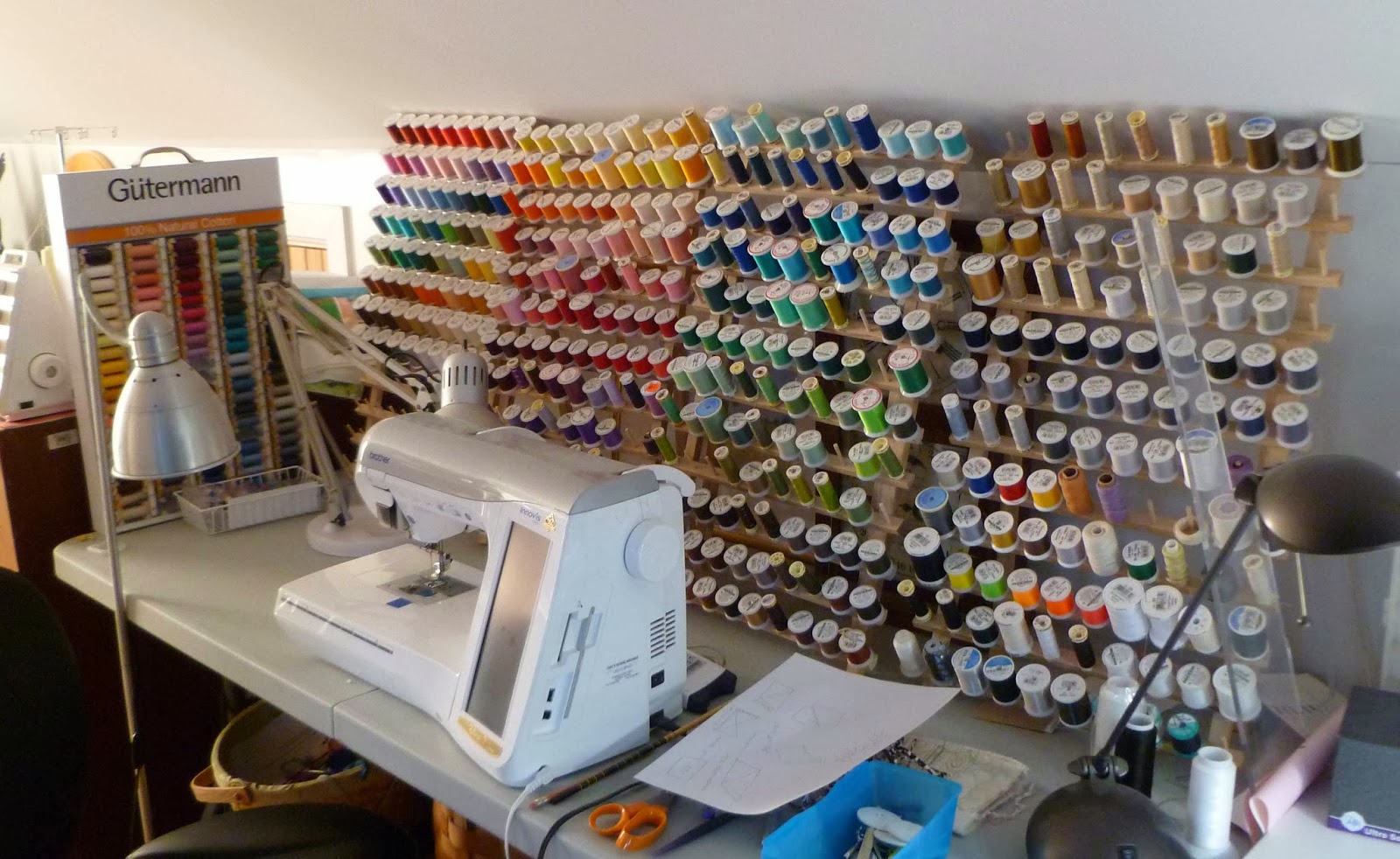 This is a combination of Gutermann on the left, all the Madeira Lana which I bought myself for my birthday a few years ago. I LOVE them. The other three racks have odd Coats and Clark, Gutermann, Aurifil, and lots of Superior threads which I bought as "buy 6 and they pick the colors". So it's not like I don't have thread, I just wanted to use Bottom Line - alas!

Update on the Bernina. It should be back in 2 weeks, fingers crossed.
Posted by Beth at 5:00 AM