First a very funny story. My son and some friends stopped at a Starbucks and ordered coffee. His friend, when asked, gave his name as Marc with a c. When his coffee came, writen on the cup  was Cark. No kidding!!. 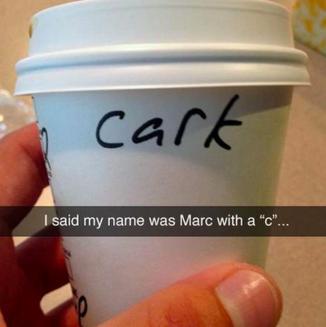 So Imagine our delight when we passed by Cark. 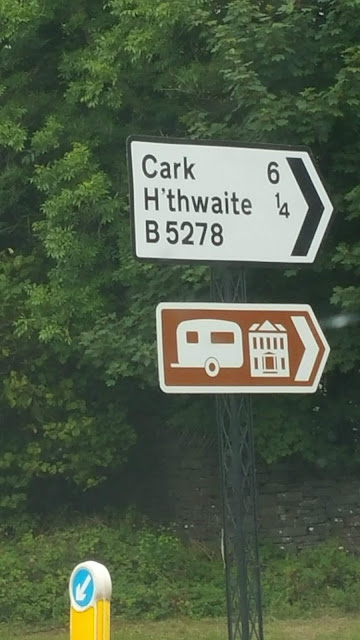 On the trip my DIL planned stops every hour so the kids could run around. One of the stops was to the Stott Park Bobbin Mill. The was a photo of a man who started at 13 and retired in his 80's. Grueling work but this is where they made wooden wool bobbins, bobbins for weaving shuttles and wooden spools for thread along with many other things. I though, "How interesting will this be" especially after glimpsing the dingy buildings. It was FASCINATING and one of our favorite stops!! 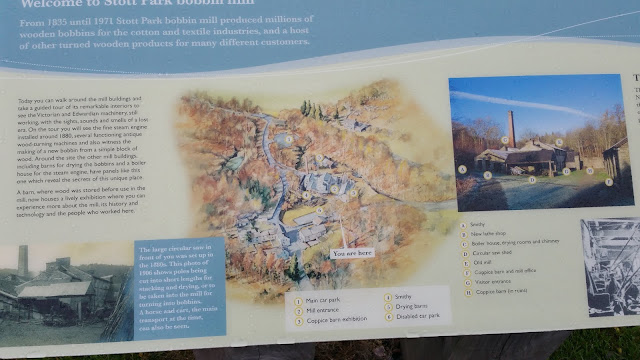 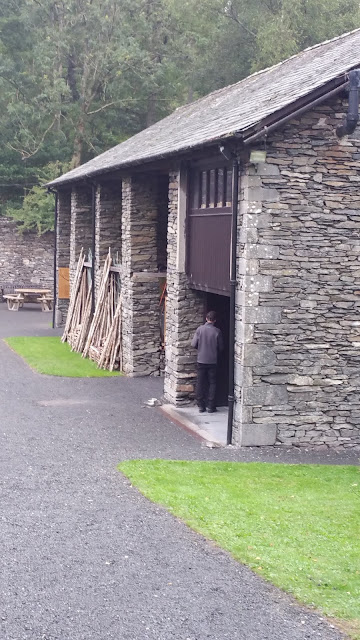 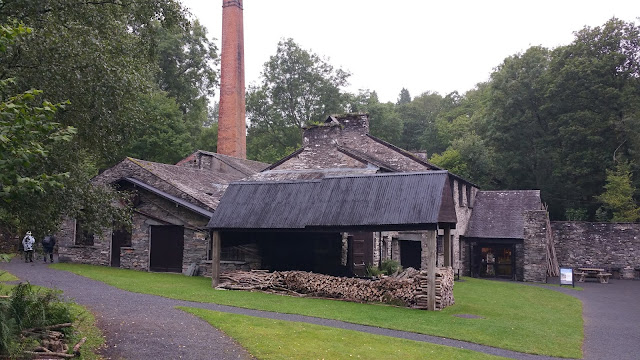 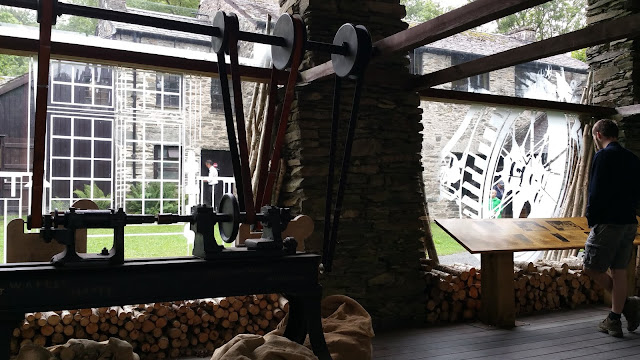 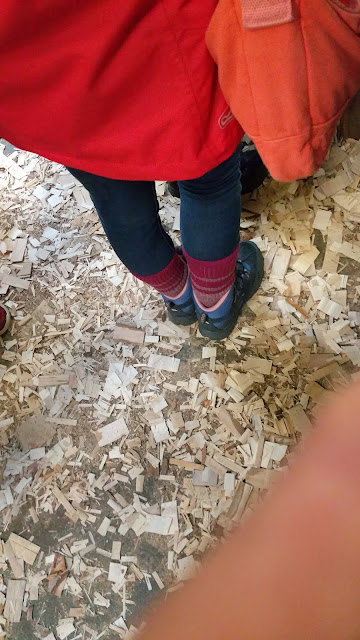 Shavings from the thread spools. 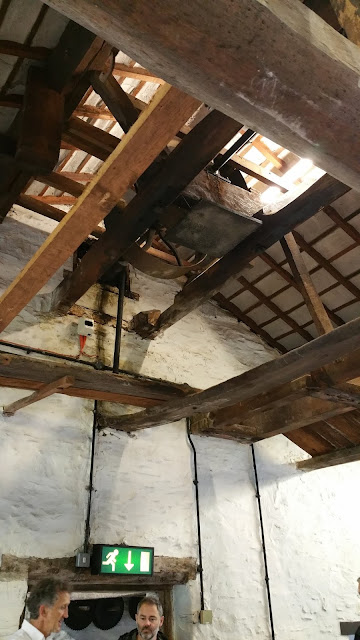 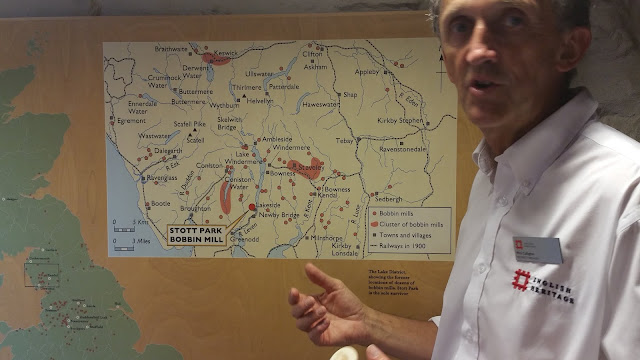 They closed down in the 70's but look what I just finished using. There was thread on this that I just used up. These are the wooden spools they made. Man, am I old. 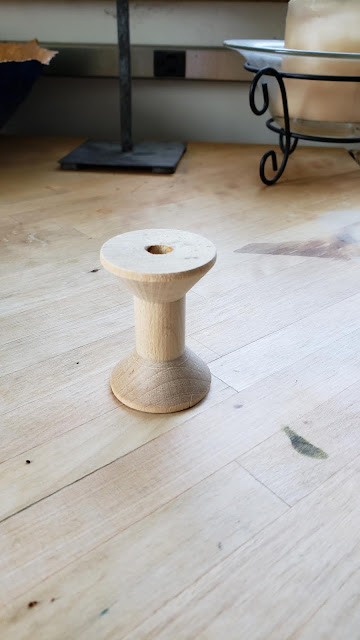