So you probably all know my friend Marcella by now. I wanted to have aprons for the workshop participants with my logo on them, so Marcella managed to find a great deal and bought me 27. In exchange she asked me to reupholster the seats of two wicker chairs she had in her summer home. She repainted the chairs and brought me the old cushions which I actually liked a lot. 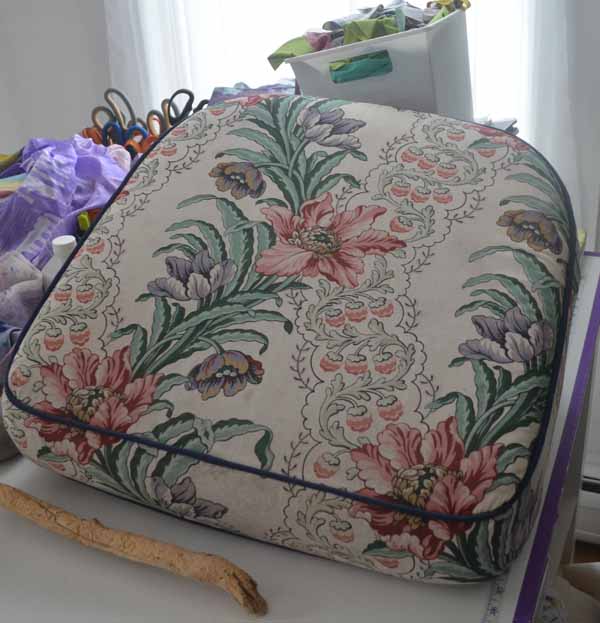 The fabric she bought was genius because the fish where upright whether the fabric was up or down. 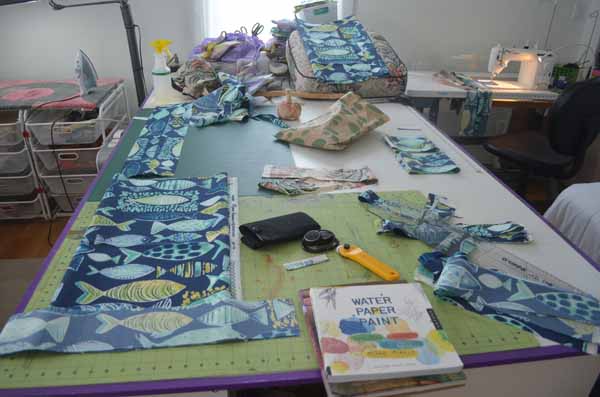 I am using the old seat cushion pieces as a pattern. The books on the table were two Rita had borrowed and was returning. 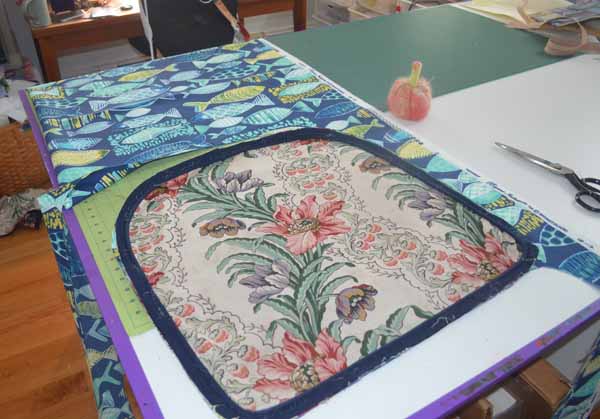 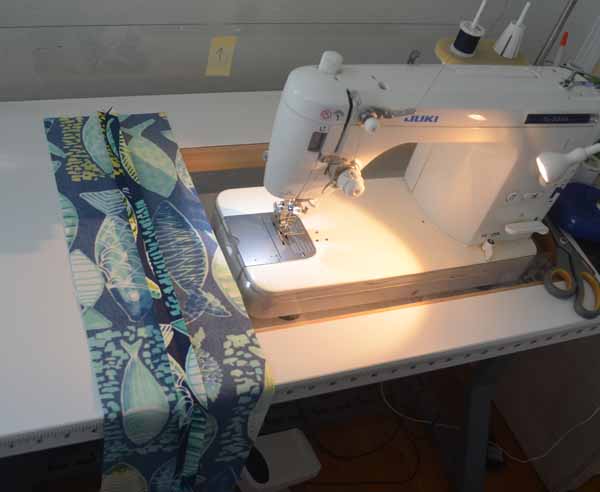 Sewing in the zip. 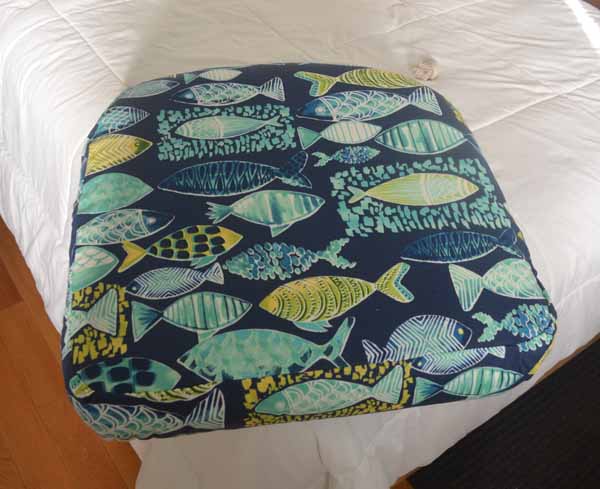 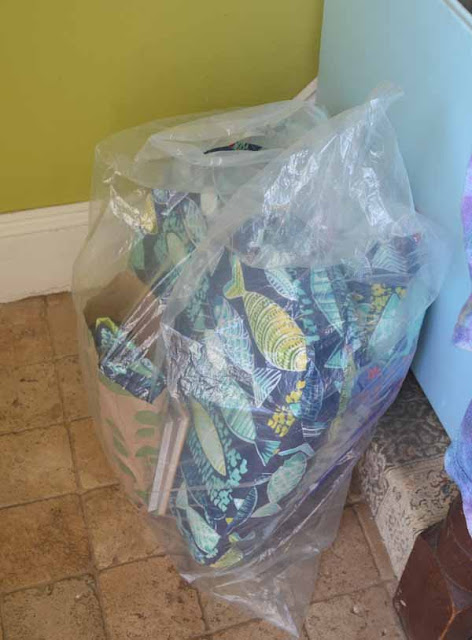 An addition to the Derwent Museum pictures
This photo tells where the term "Black Market" originated. Fascinating 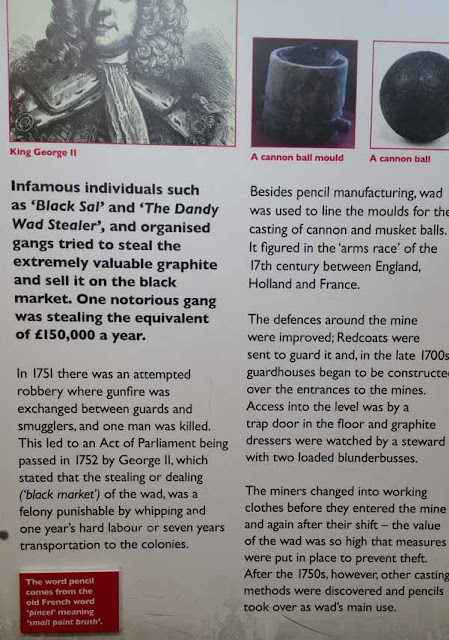 Interesting that punishment included seven years in the "colonies".