I had a lot of comments about washing the table cover so I sprayed it with soda ash water then folded and placed it in a zip lock bag. Then I added a splash of soda ash water and sealed it. It had been raining all day but there was a cessation and although cloudy I ran out side and hung it on the line. The sky cleared and a nice breeze dried the "former" table cover.

Let me tell you a bit about this process.

It is actually very informative if you follow it through. Judith and I do a of of batik using thickened dyes. Early on we learned that trying to wash out still wet or even damp thickened dye could be a disaster. Smear city with the colored dyes bleeding all over the piece. This is what we do with impeccable results. 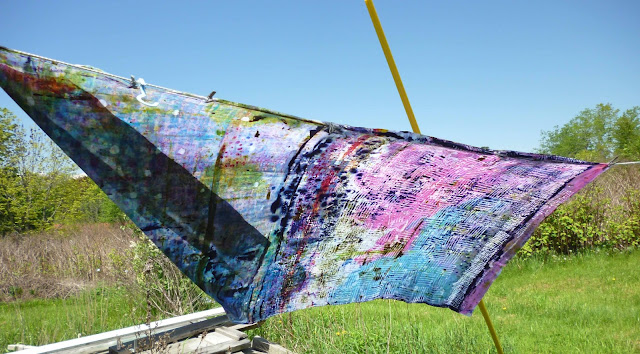 This is the washed, dried, and ironed table cover: 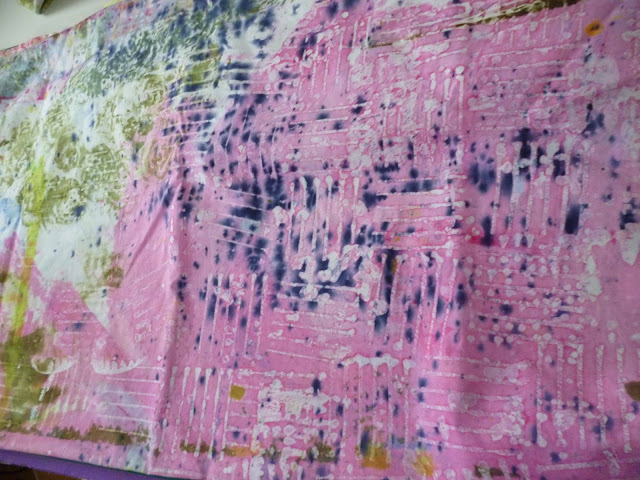 It is "OK" but I will either add another layer or two or use it as background. 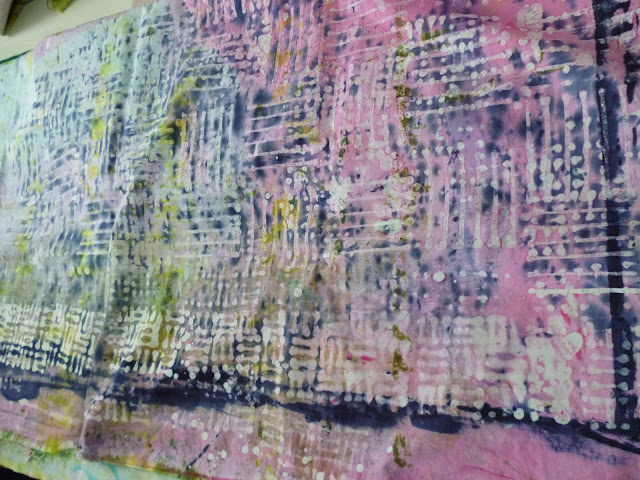 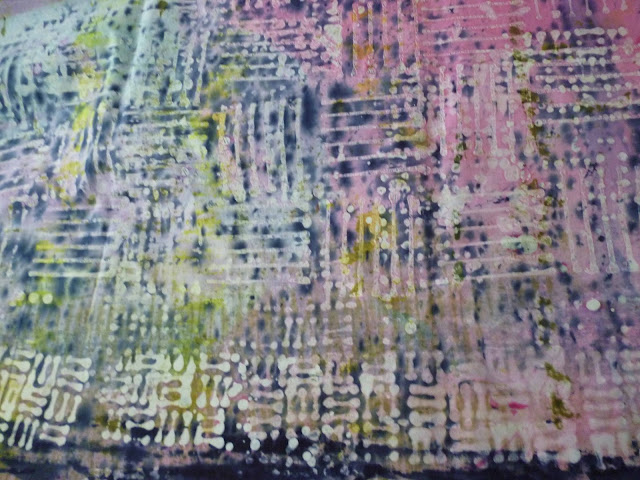 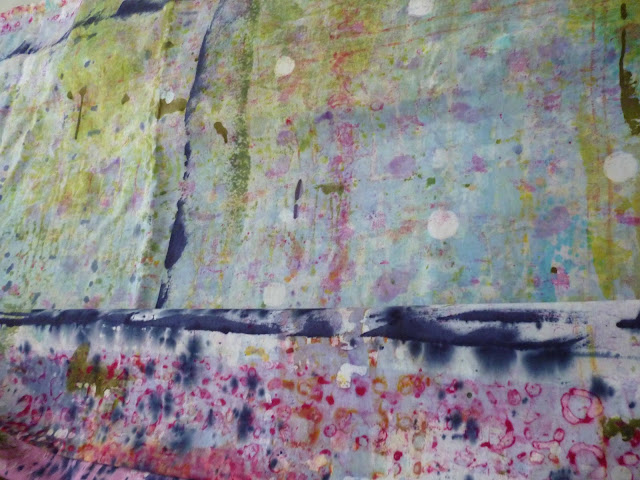 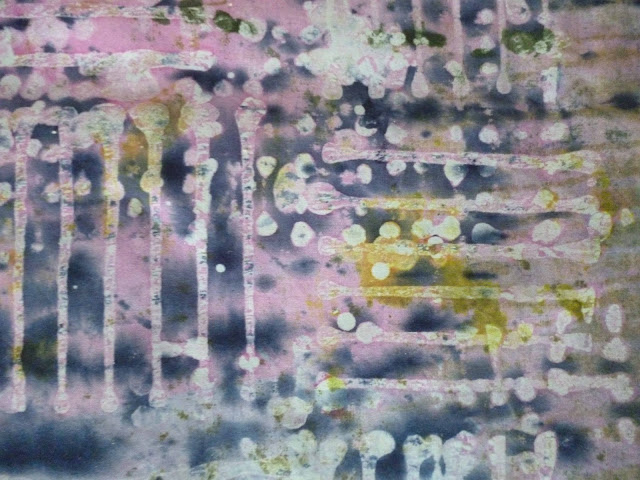 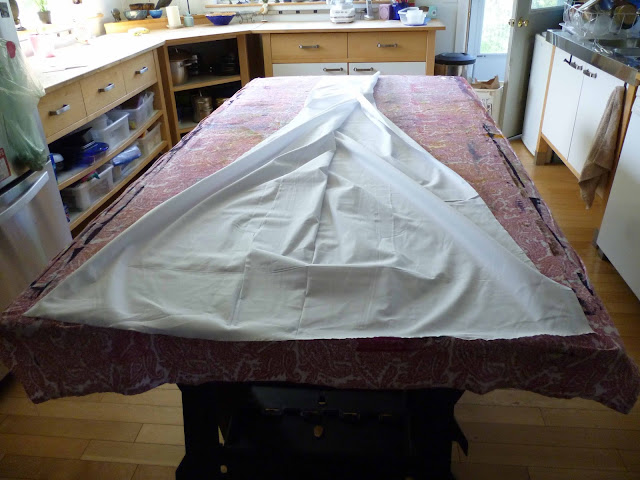