Yes, we had a ball. Judith came over with a pork roast in sauerkraut and I provided pickled herring for luck in the new year. We had a bit of show and tell and while Judith was ironing her fabric, the power went out. We had fun blaming my iron for this massive coastal blackout. It was about 30 F and the house maintained the heat until we regained electricity 5 hours later. Fortunately Judith had cooked the food the night before and we had enough time for it to warm (barely) so we ate lunch about 10:30.
Judith and Meagan, the young woman I am mentoring, did some monoprints with dye and paint. I will allow them to blog about their own work but THEN we decided to pull some prints from the deconstructed screens Meagan and I had made earlier in the week about an "Interfacing Stencil Screen Printing" session. More about that later.
These are the screens we made with some of the left over thickened dye we used. 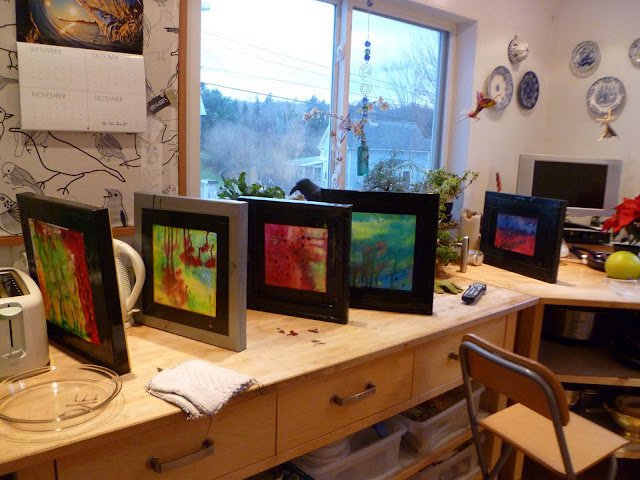 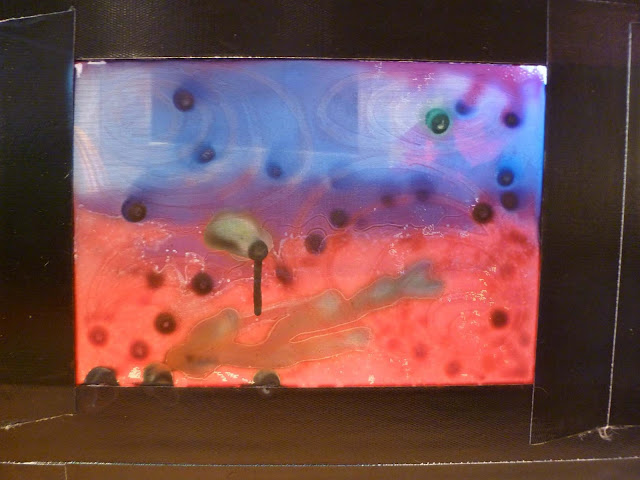 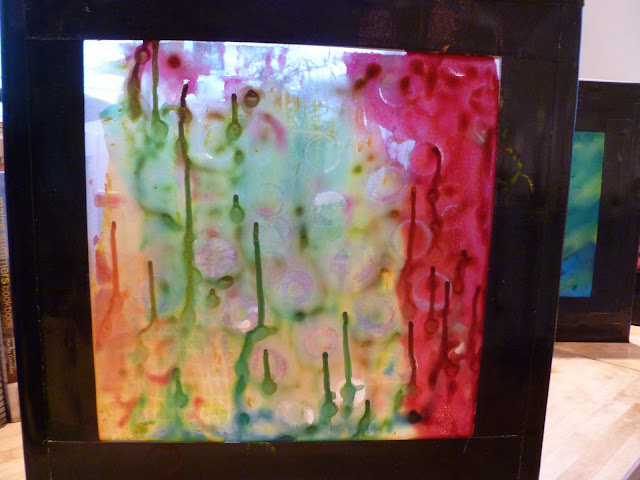 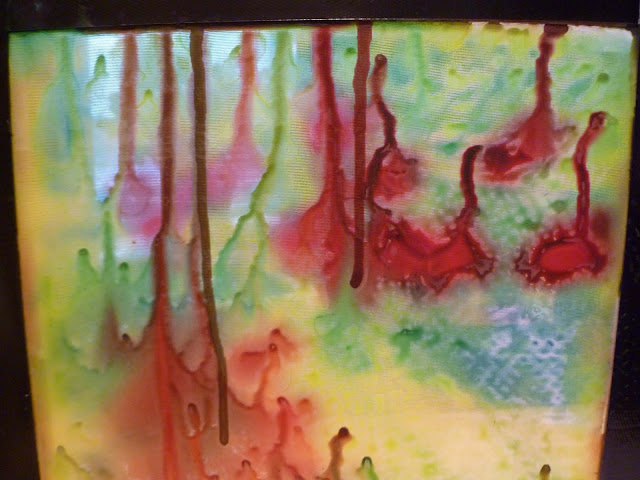 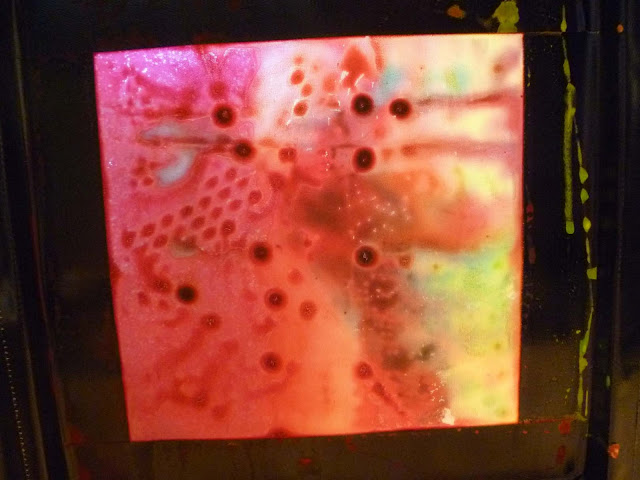 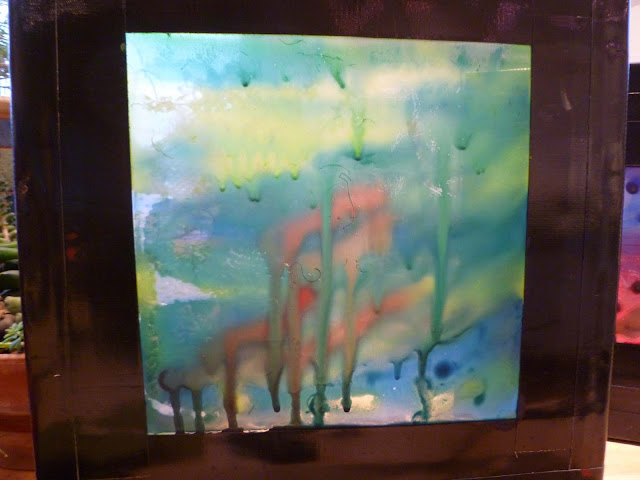 We took a long piece (45" X 8') of white cotton and pull some prints. Would you believe we filled the fabric using just 4 screens?? This is the 8" piece taken in 2 photos. 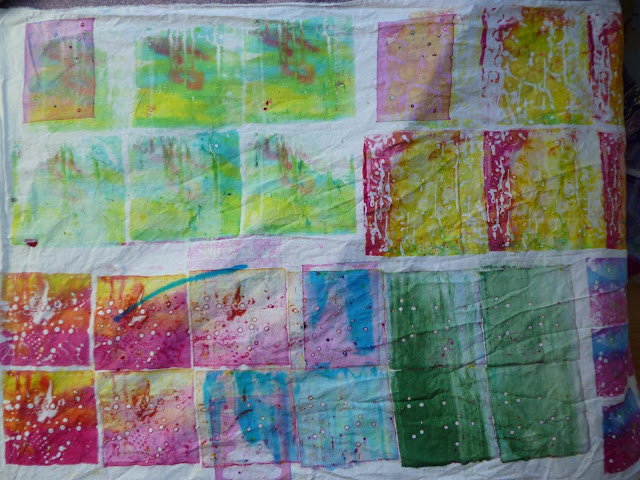 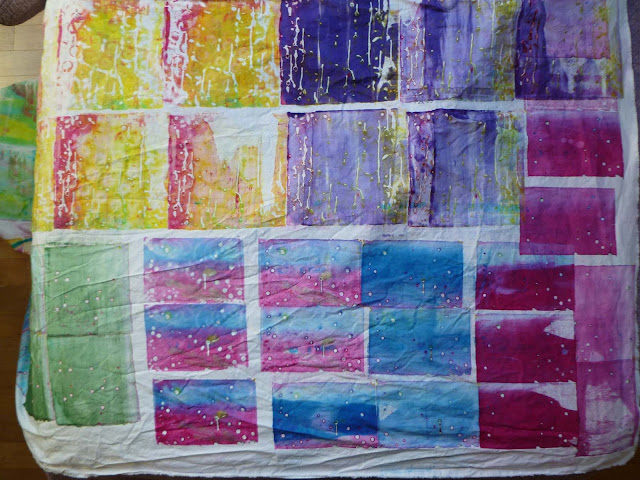 The I took another piece of cotton approximatelt 45 X 45 and we filled that will the last screen. 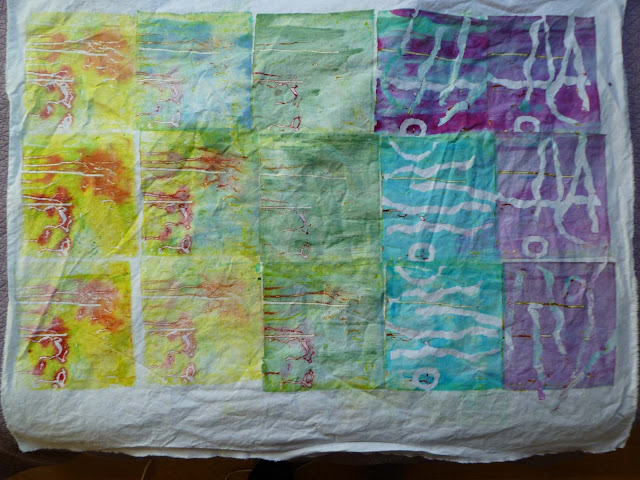 I poured, Megan pulled and Judith was our artistic director. And now for some tasty bits, close-up: 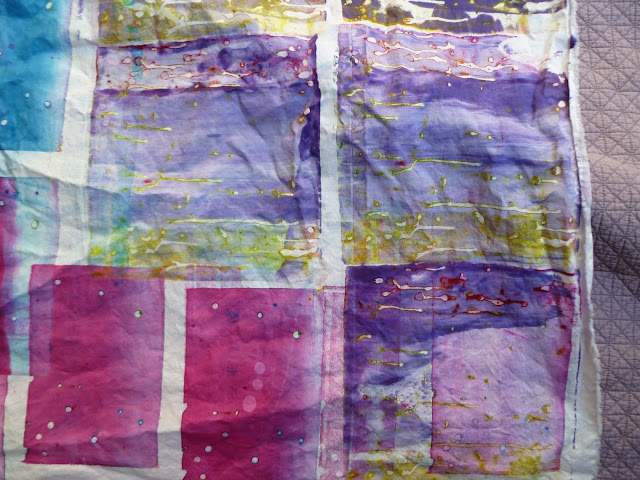 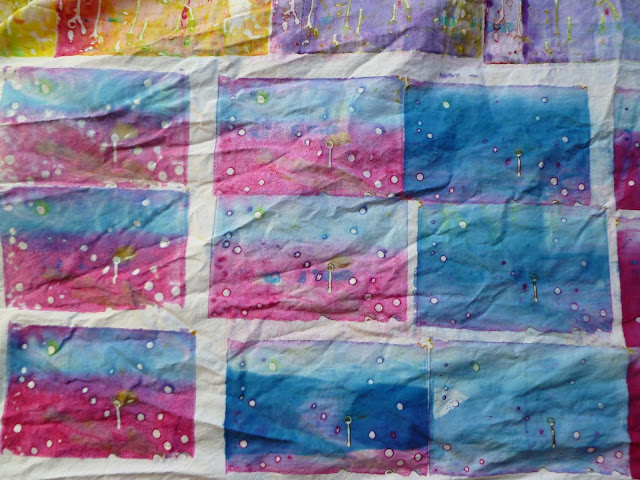 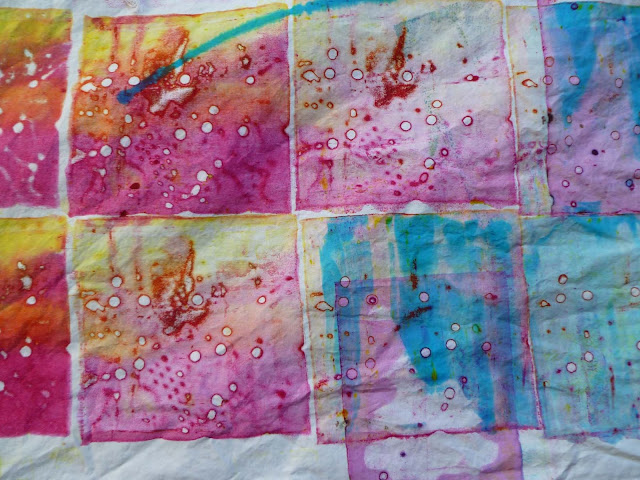 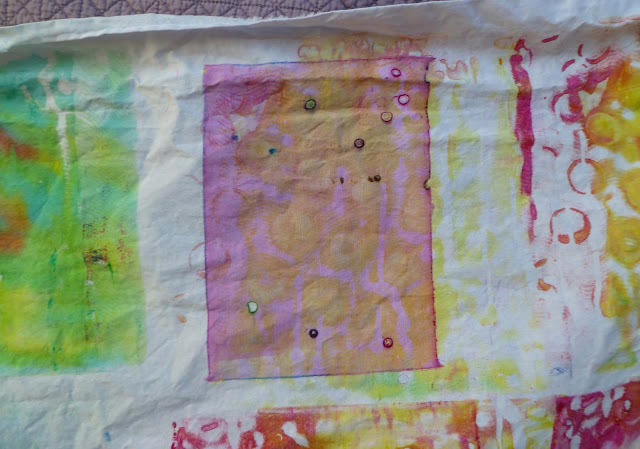