I have been using a recipe for making an indigo vat for years. Now all of a sudden the recipe was changed. I called the company and the woman who answered the phone said they wanted to make it weaker so you could do multiple dips. I wasn't interested in multiple dips so I continued to use the old recipe. Well, I lost it and called the company to see if they still had the old recipe. This time I talked to the head of the company who told me the recipe changed because they switched manufacturers and this "new" recipe went along with the new product which I had purchased. At least that made sense so I told her I would do a vat of indigo with the "new" recipe and see if it was similar.

I invited Marcella over to do a few dips and see how it preformed. This is what we did. I only took a few "before" pictures but they were interesting. 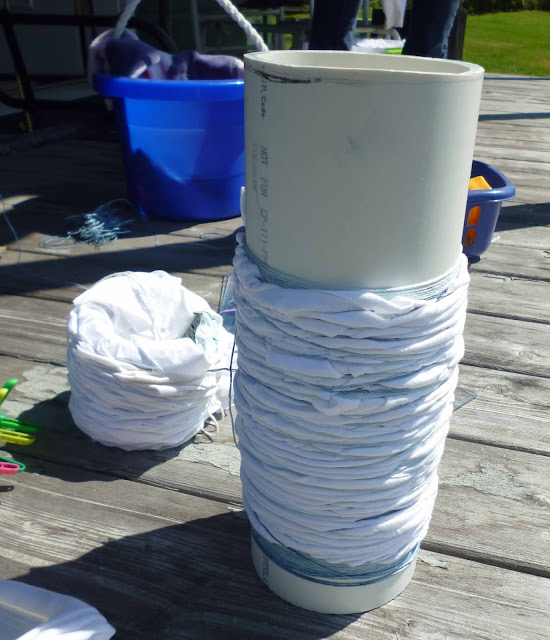 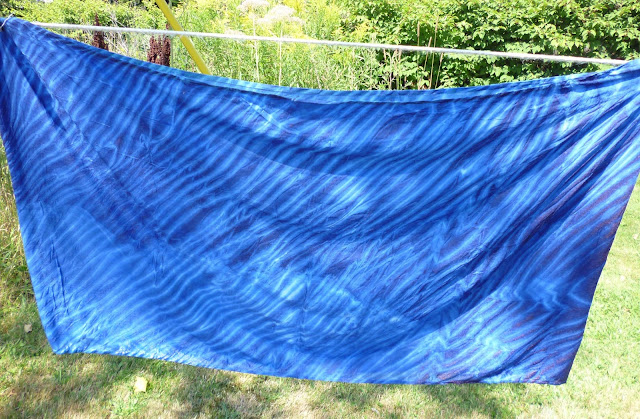 cotton sheeting on a ventilation  duct (my favorite thing) 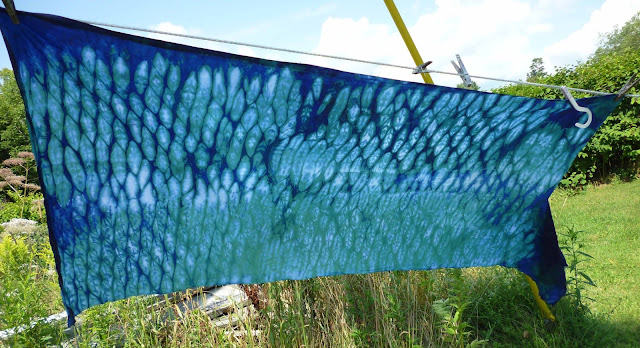 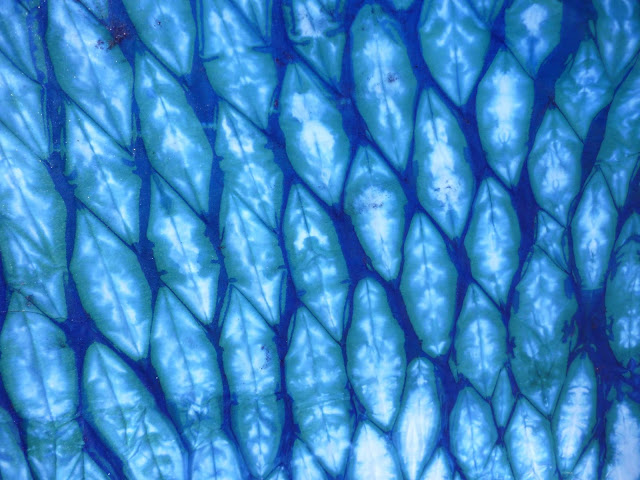 another rayon infinity scarf (below) 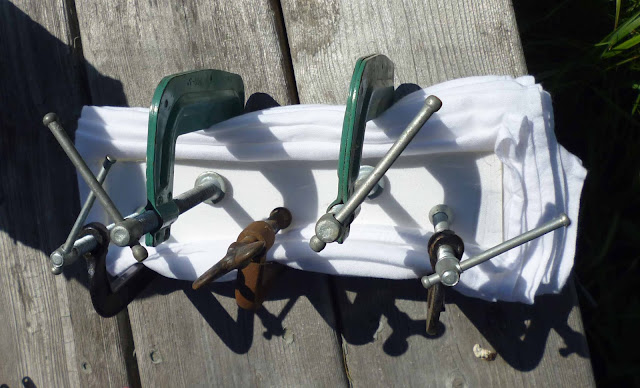 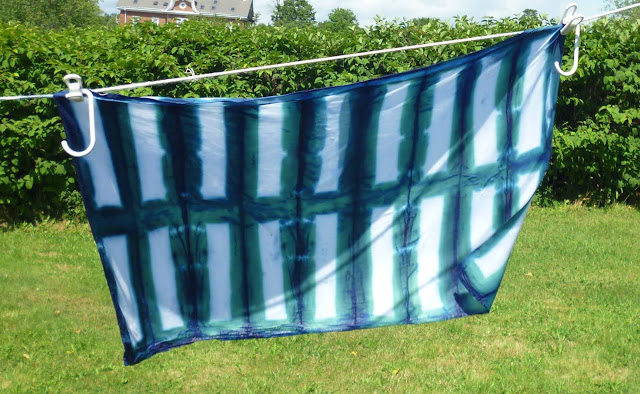 a cotton handkerchief - just for kicks 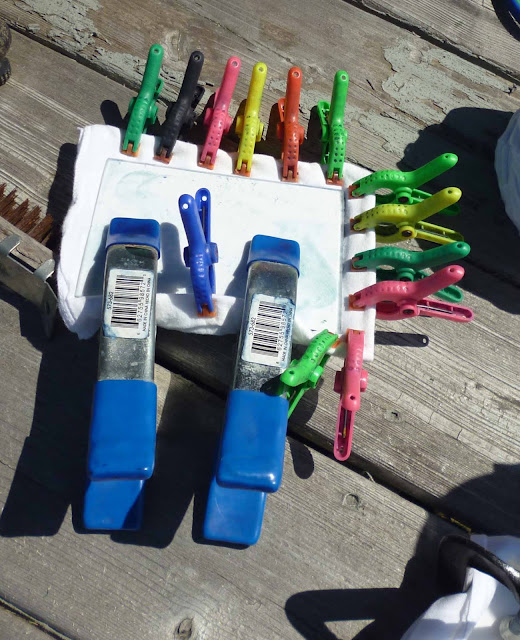 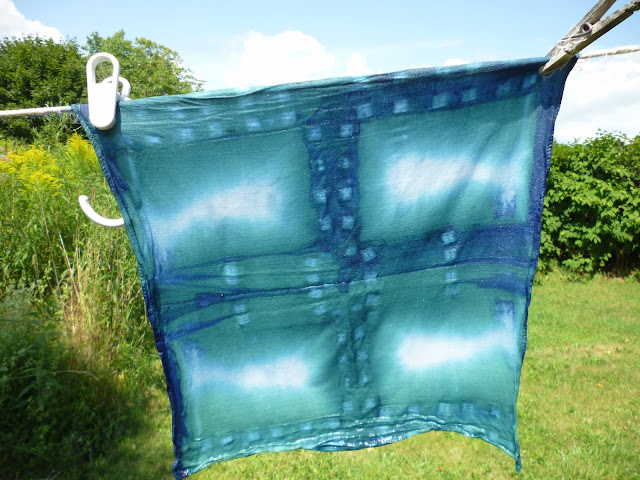 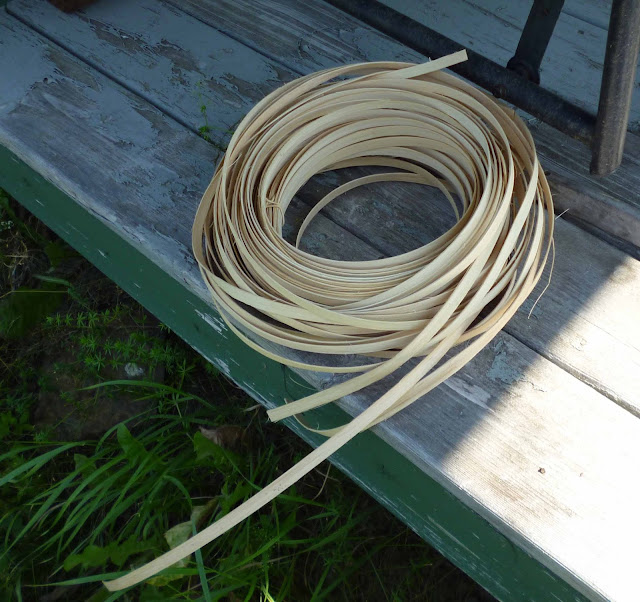 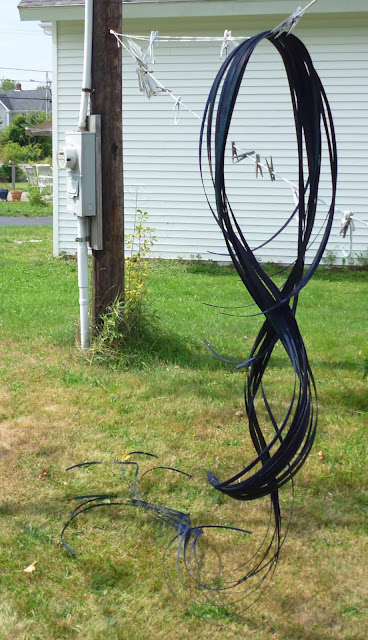 Marcella's stash (before) blouse, scarf, cheese cloth in a ball. 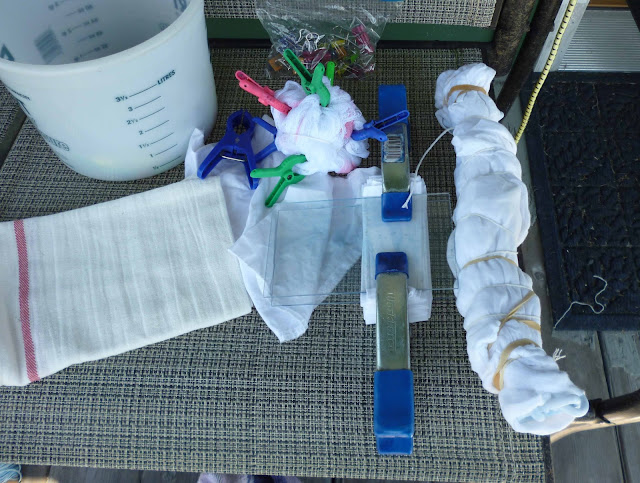 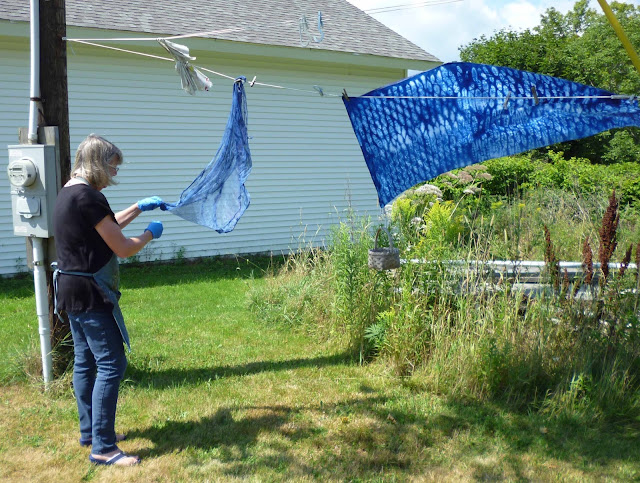 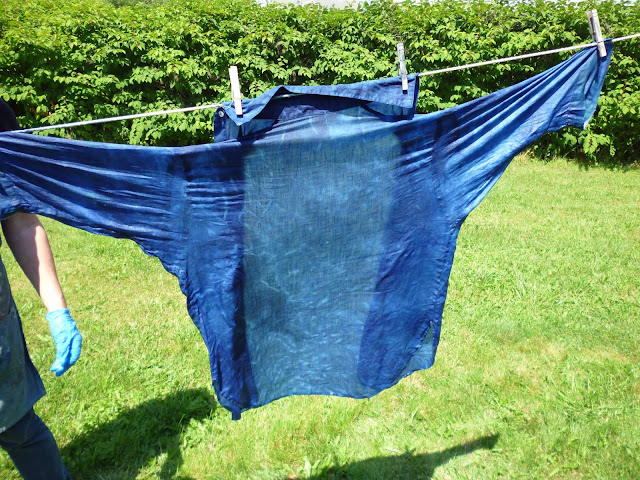 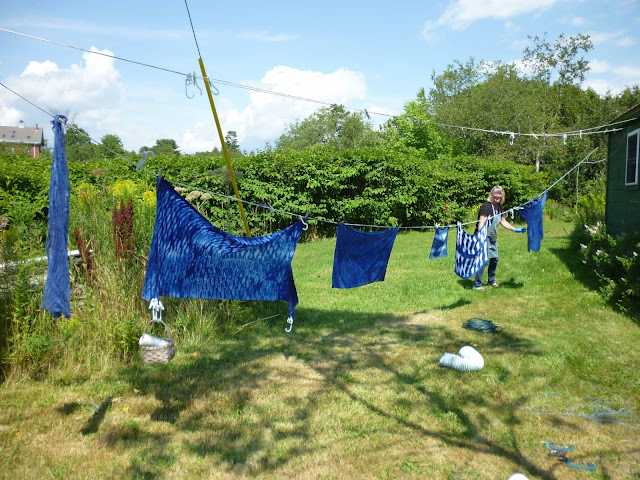 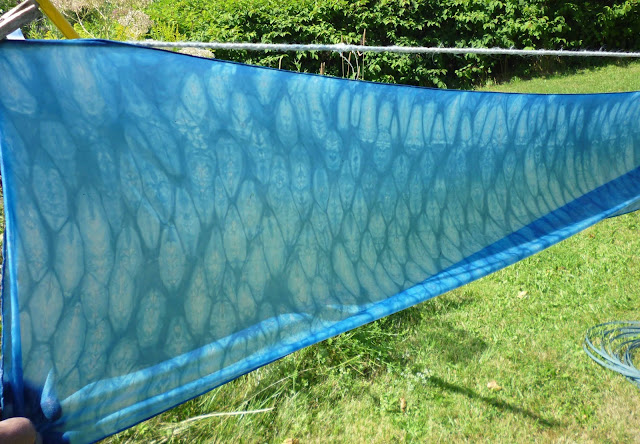 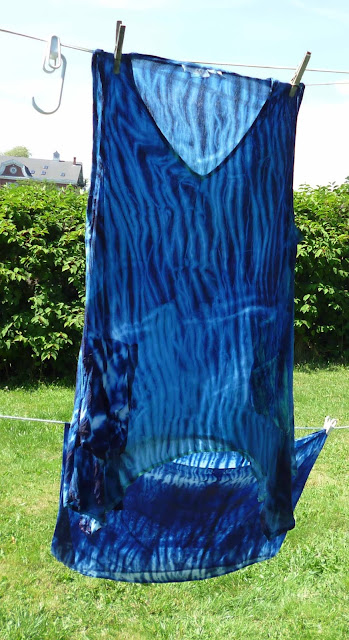 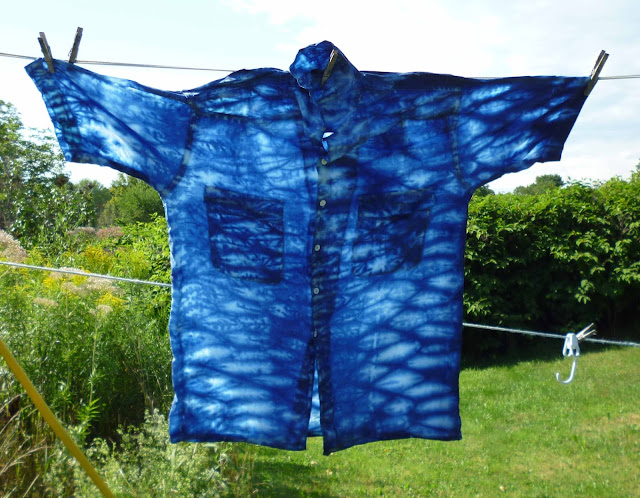 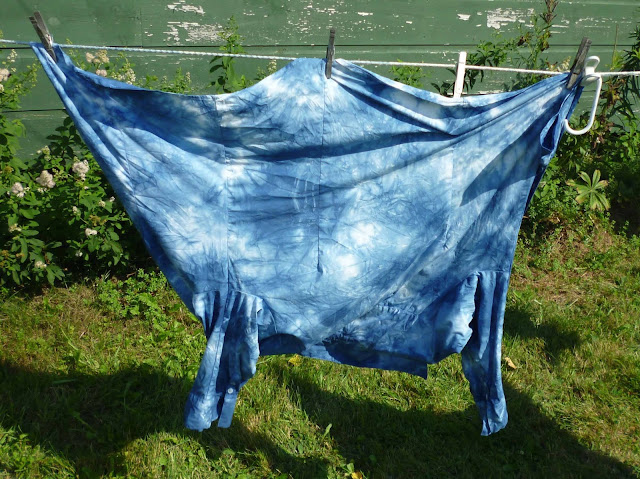 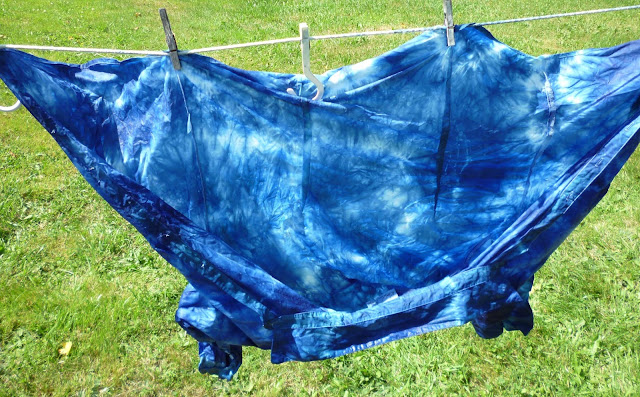 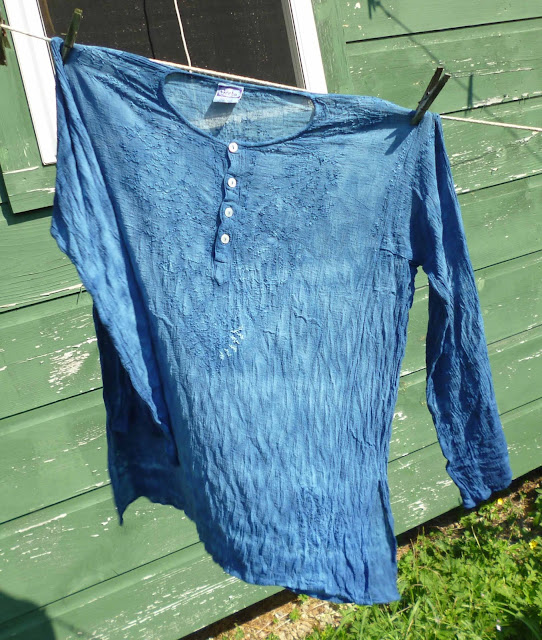 Did I mention indigo dyeing is addictive? We were at it for seven hours and the "new" recipe passed the test. We will have 3 vats going at the Maine Event.