Today is my youngest child's birthday. He is 43. Holy Cow!! He lives in Malta with his wife and two boys. I'll be visiting them just before I come to the Netherlands in October. 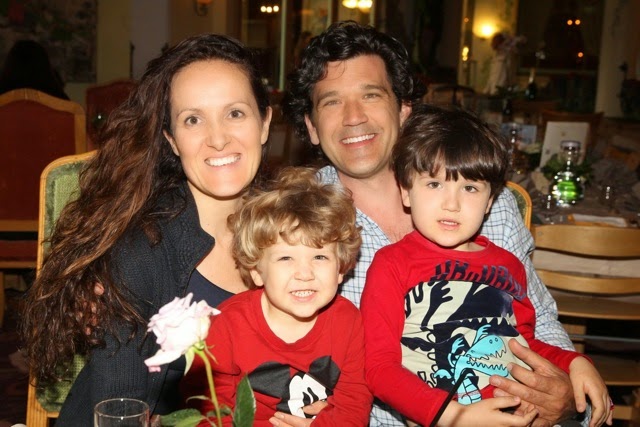 So back to my waking thought. What if I take fabric instead of waxed paper and scrunch it up on a table, drop a clean silk screen on it, add drops of thickened dye on it and smear that into the screen with a squeegee? HUM???

I had a 2 yard X 18" piece of white fabric that was just asking for it!! I took a piece of terrible (course and low thread count) fabric that I had dyed a pink YEARS ago using "natural dyes". It looked awful. I like bright colors. So I used that as a drop cloth, scrunched up the white, dropped the screens and began screening dye in various (8) colors. I mixed up less than a quarter cup each. 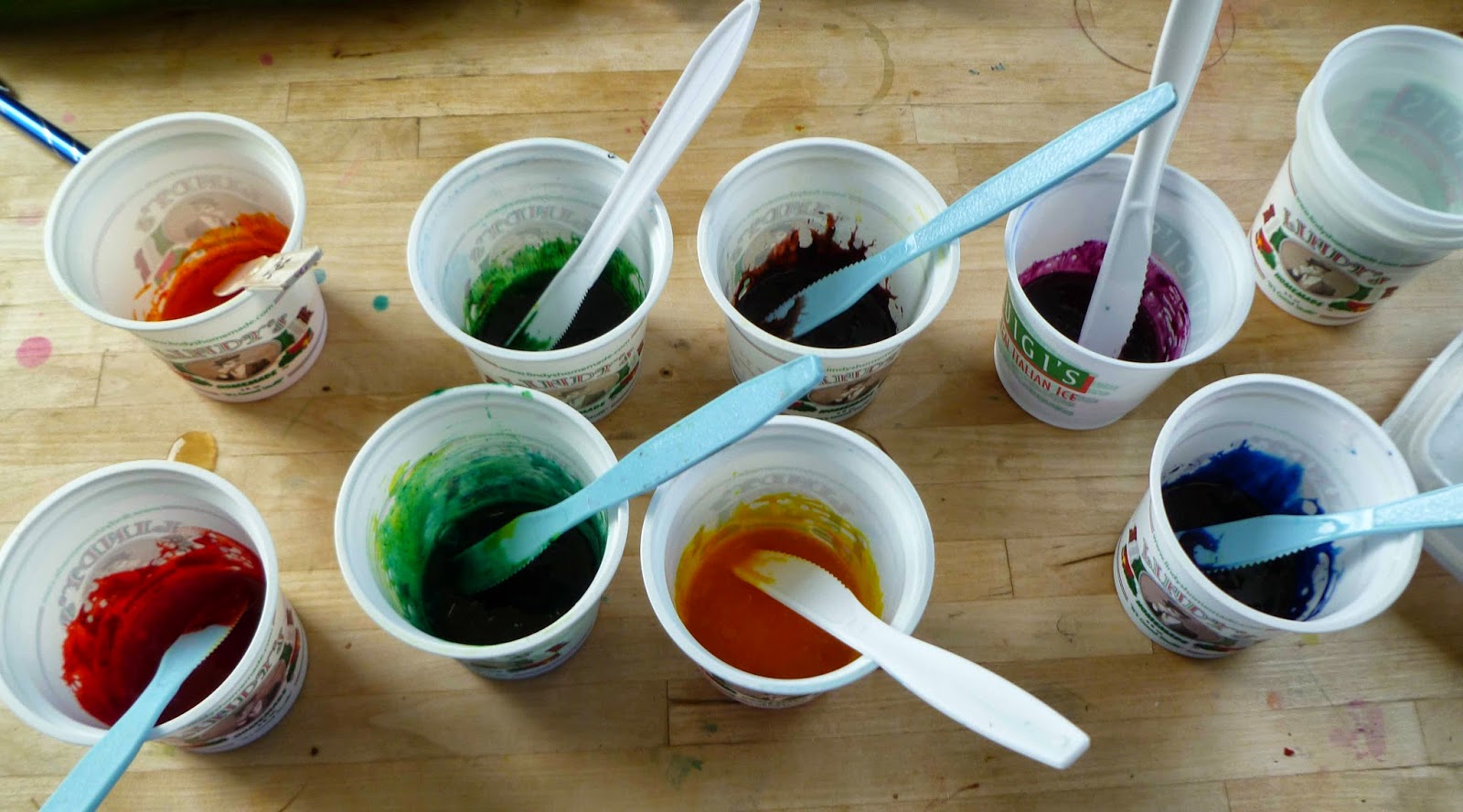 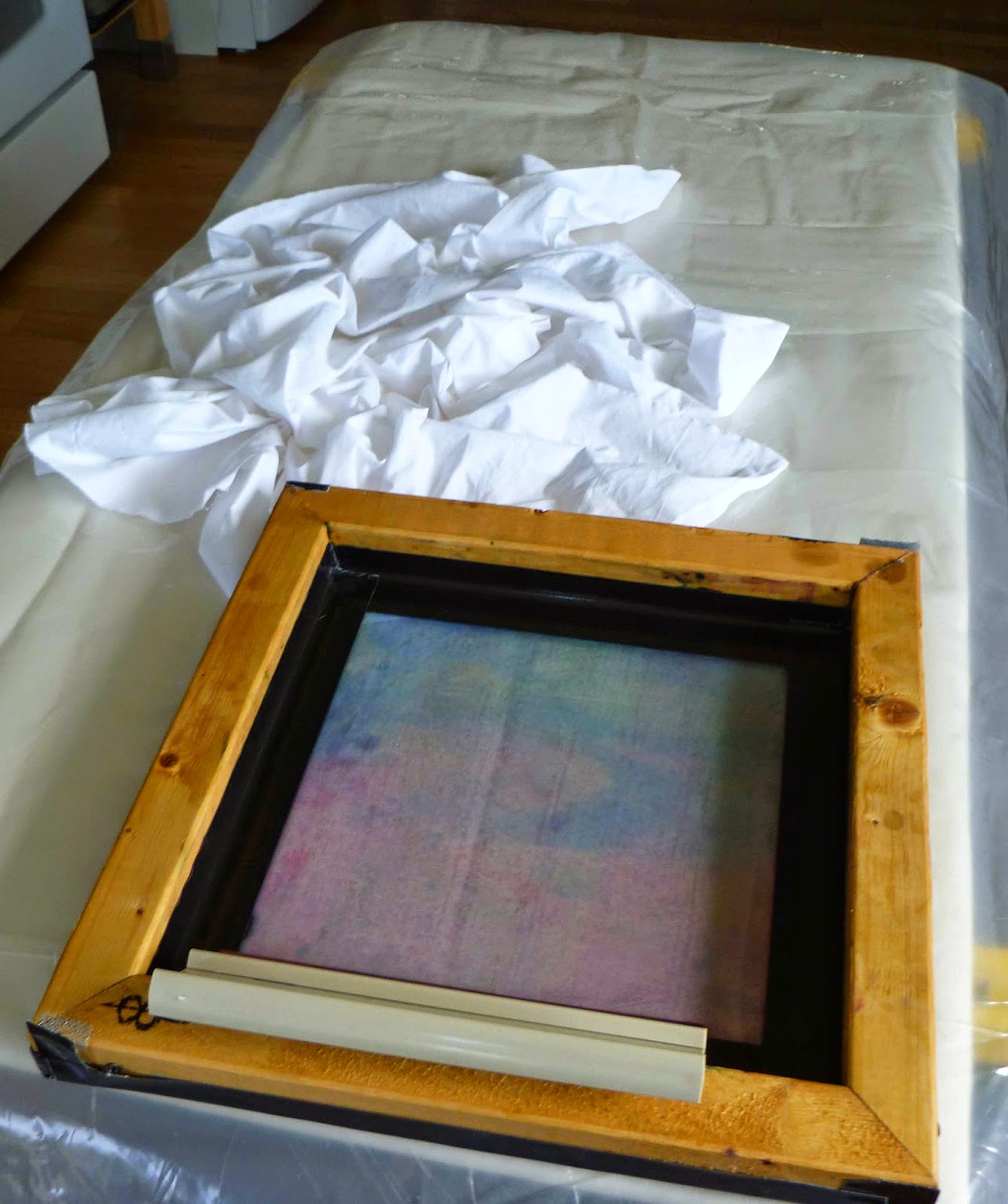 Drops of dye on screen. I already know what happens when you put LOTS of dye on a screen - boring. 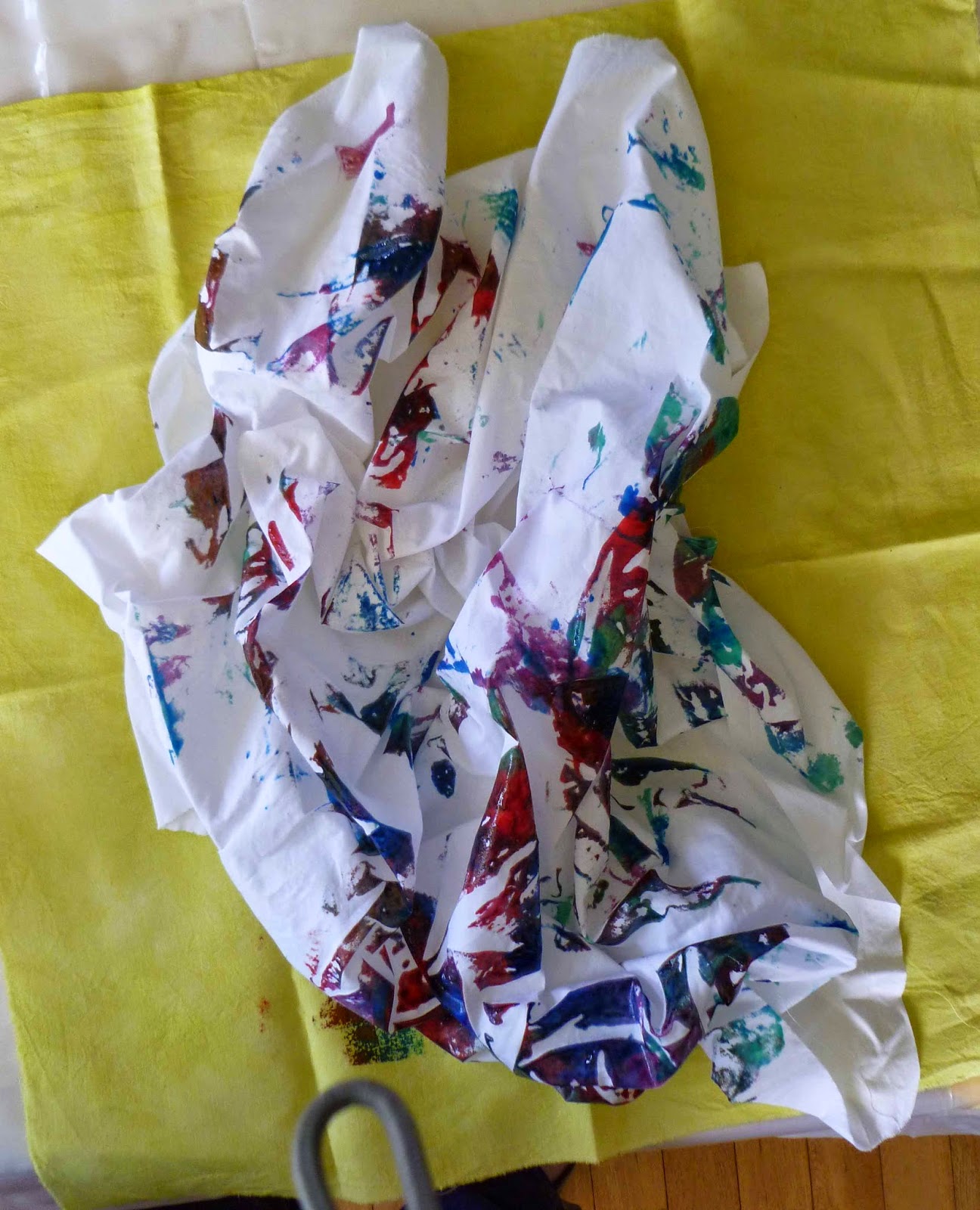 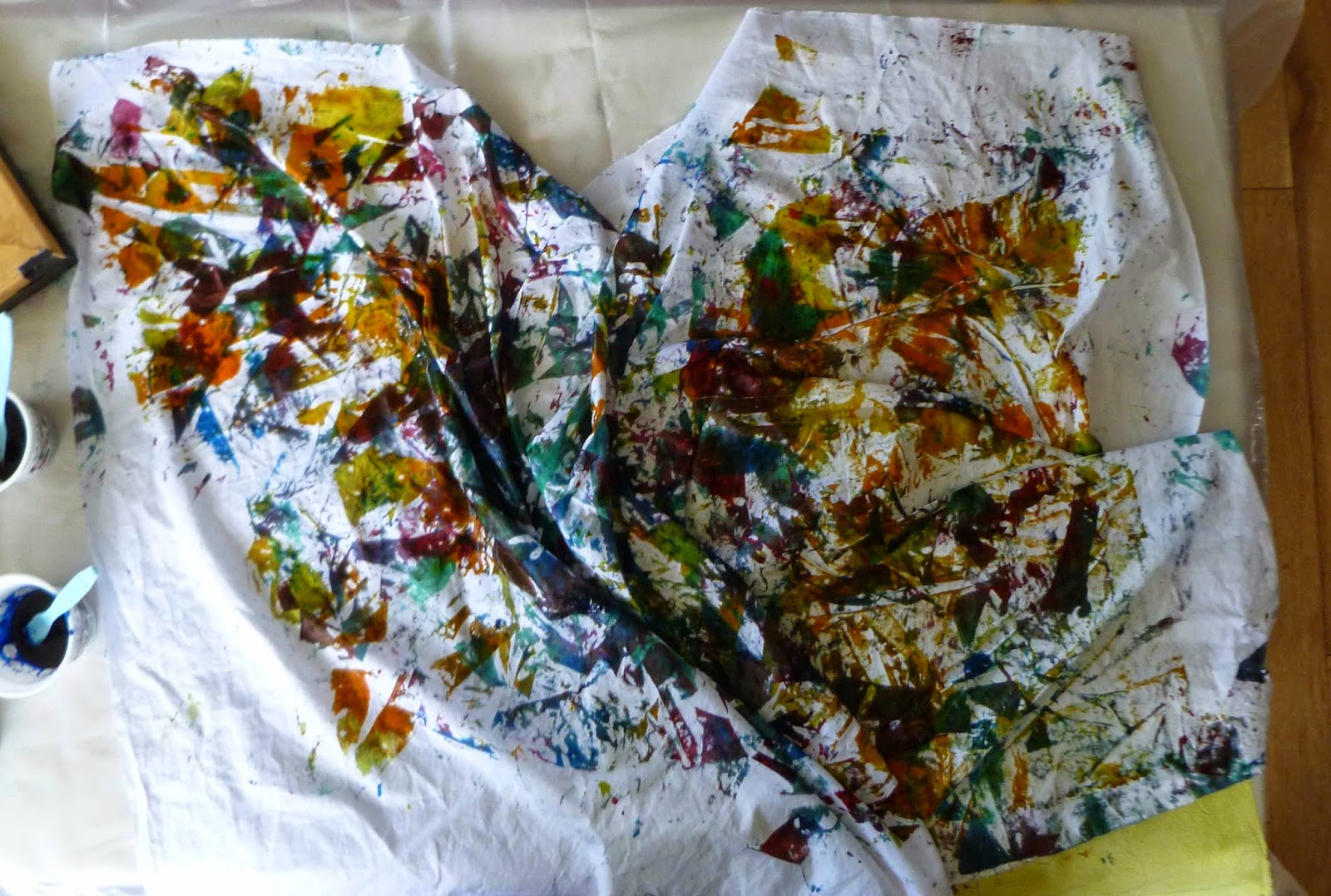 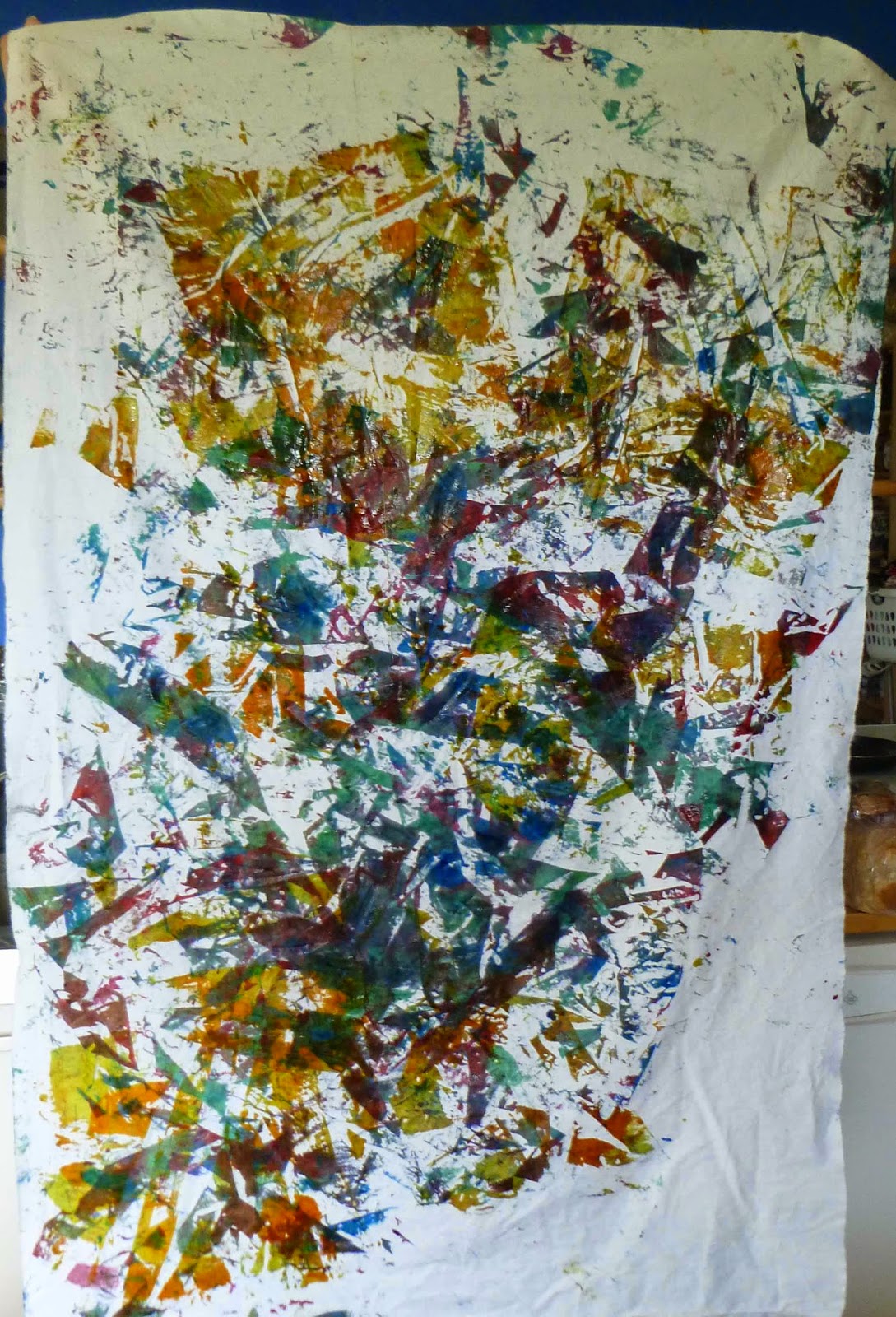 Below, washed and dried. I consider this a huge success. 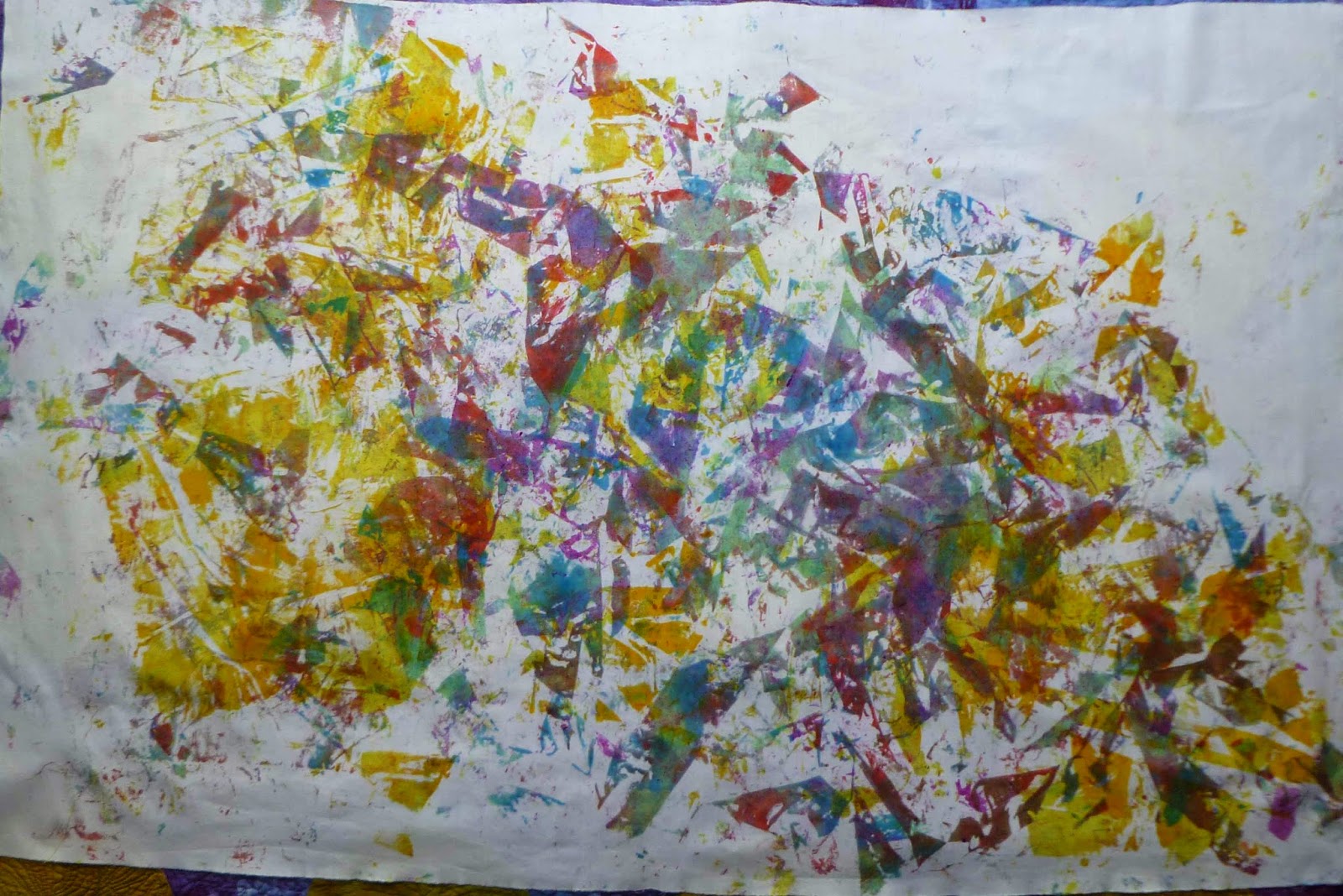 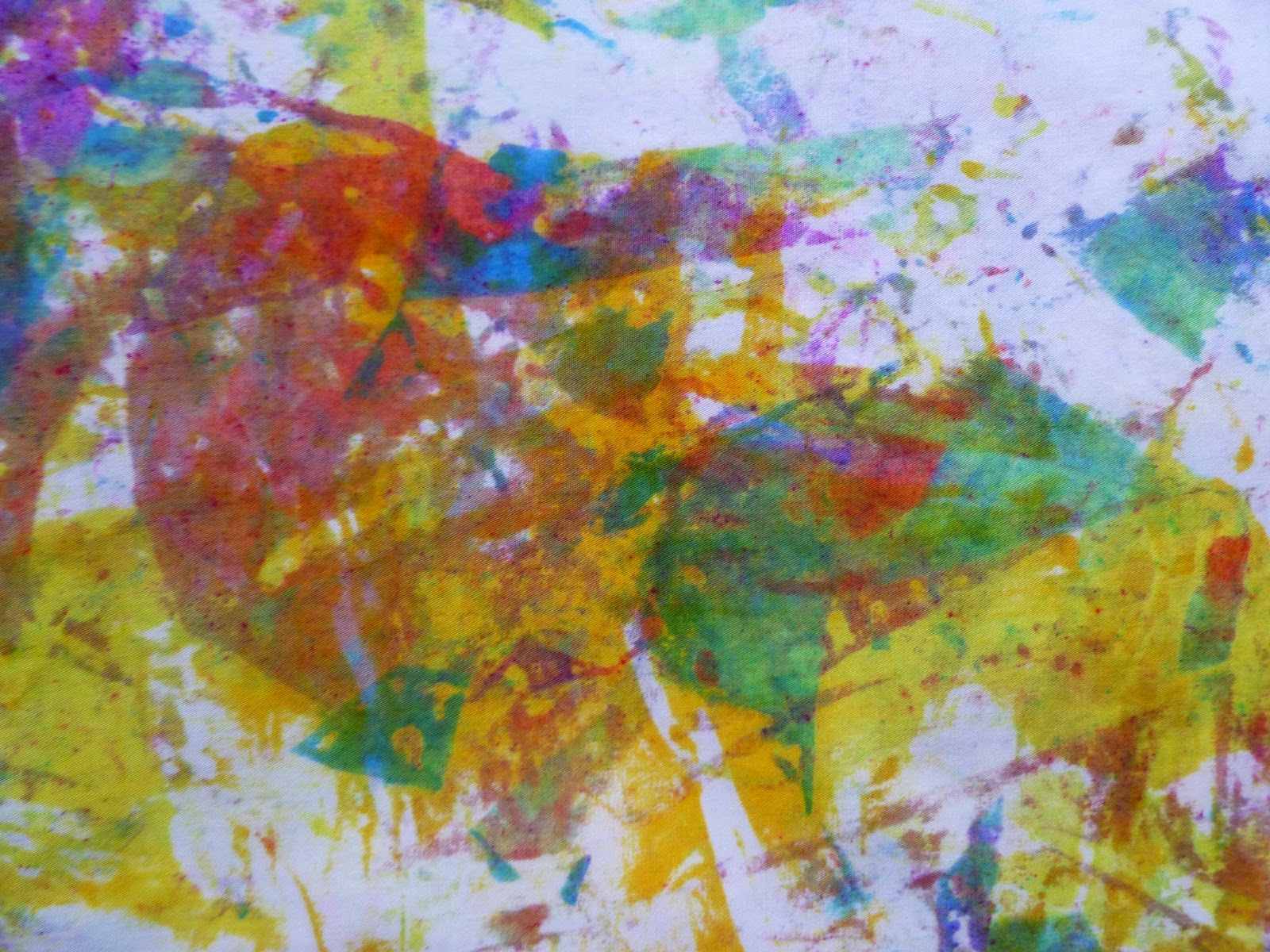 When I started I used print paste with soda ash added left over from my deconstructed silk screen day. I had to act fast and I could see time was passing quickly so I started throwing down chunks of fabric, scrunching and screening on thickened dye. 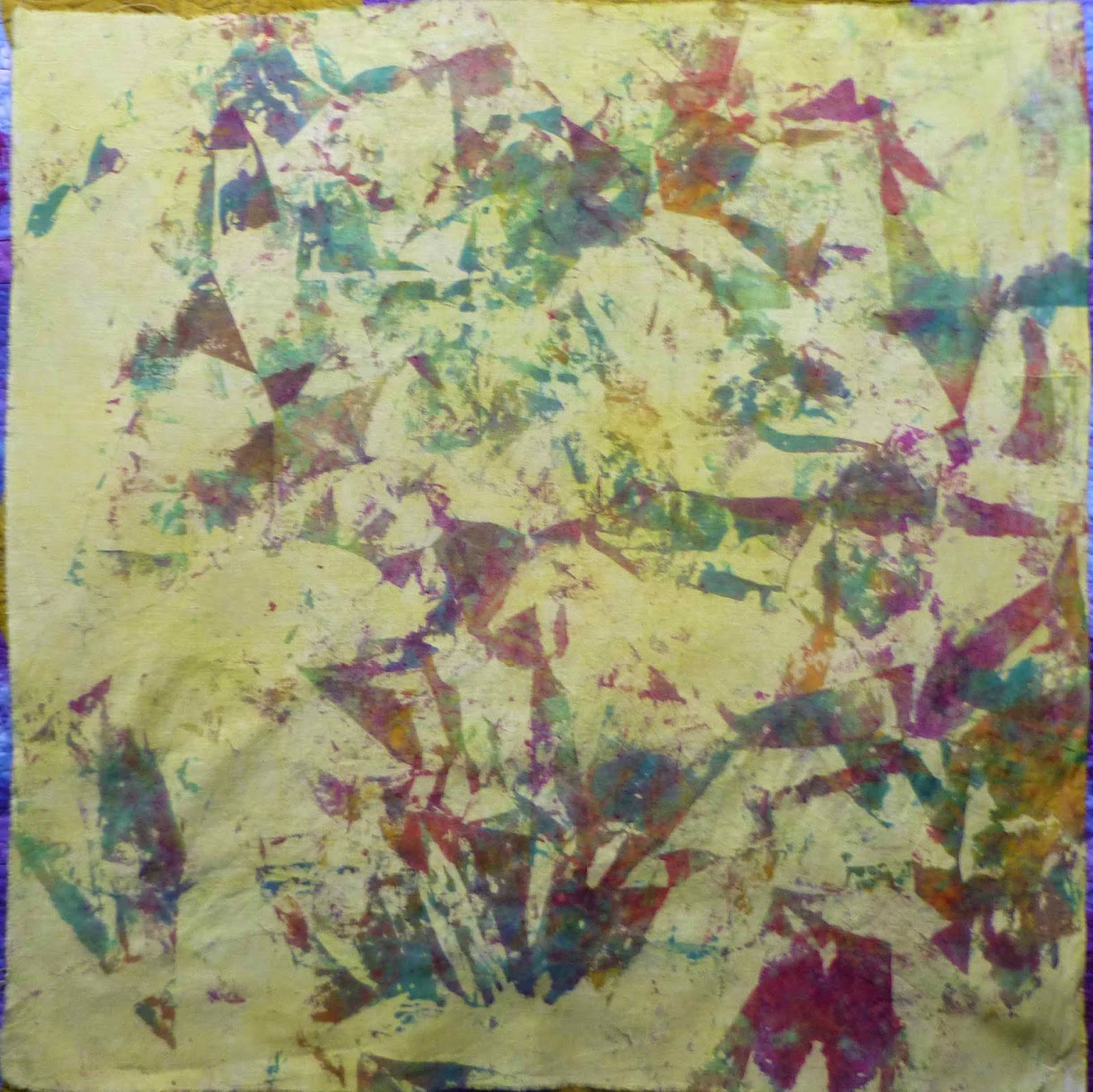 This was some chartreuse poor quality fabric - yuck! 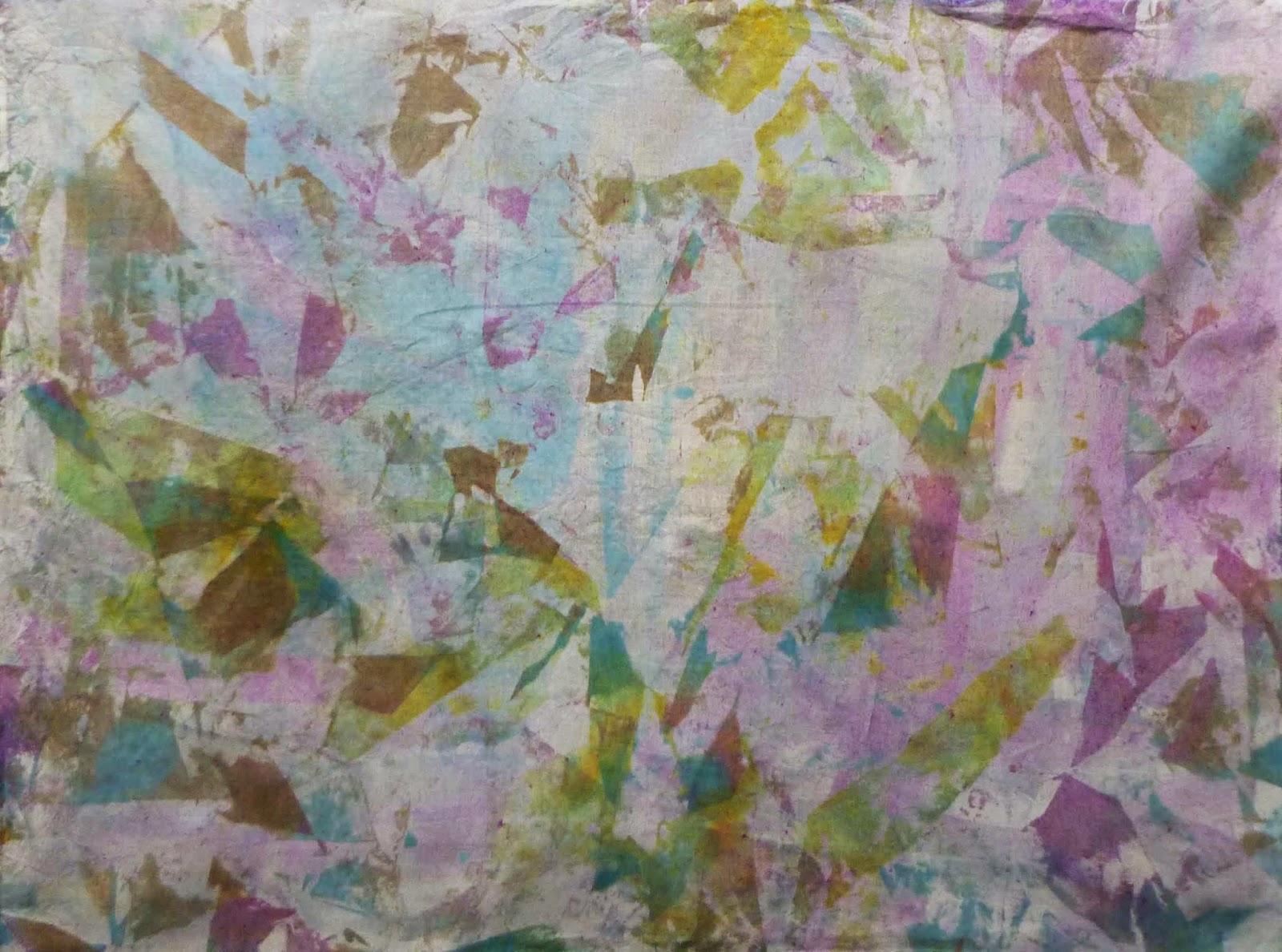 This was the pinky stuff but after using a credit card, it looked better even though the dye molecules were almost exhausted. 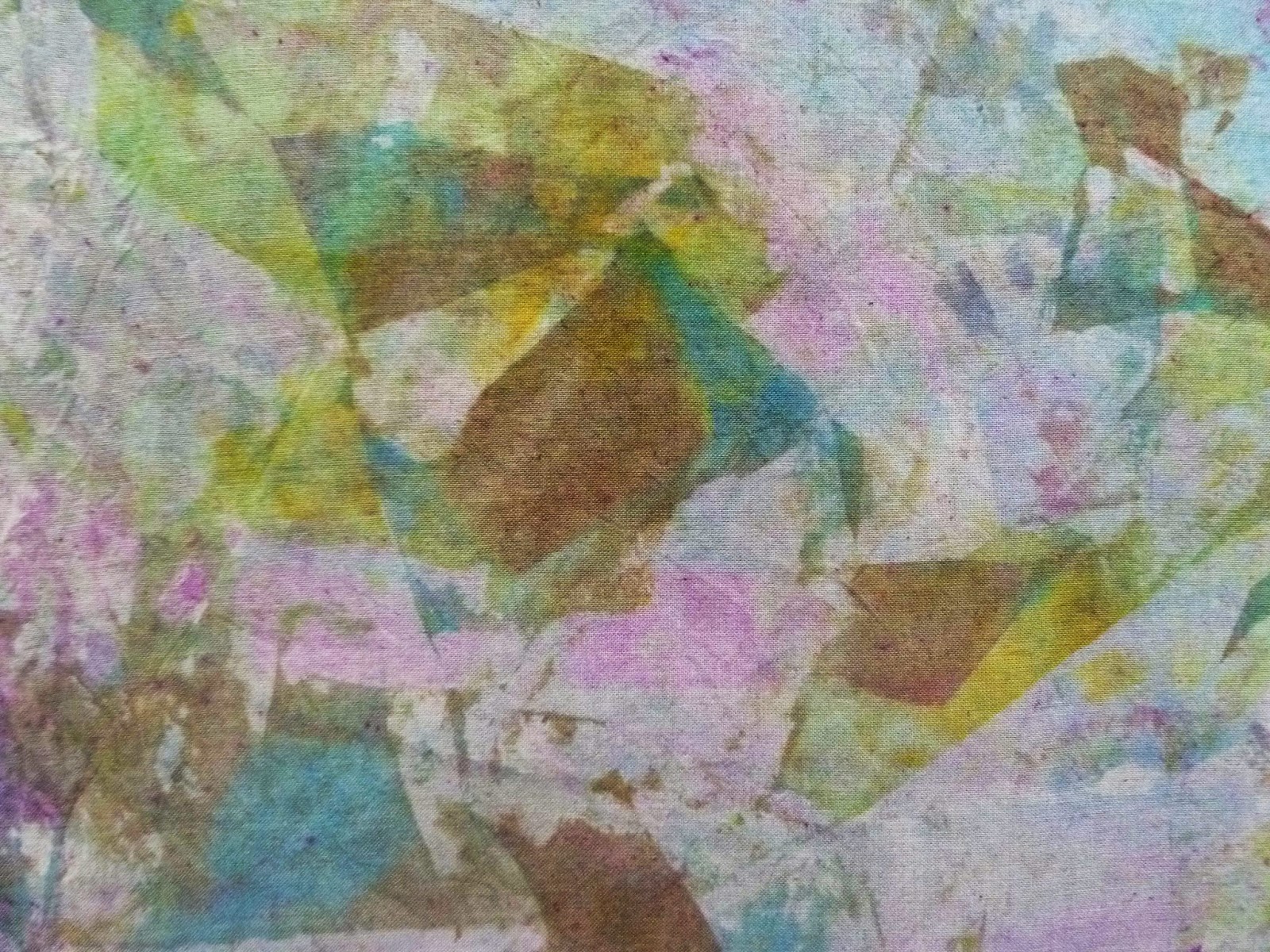 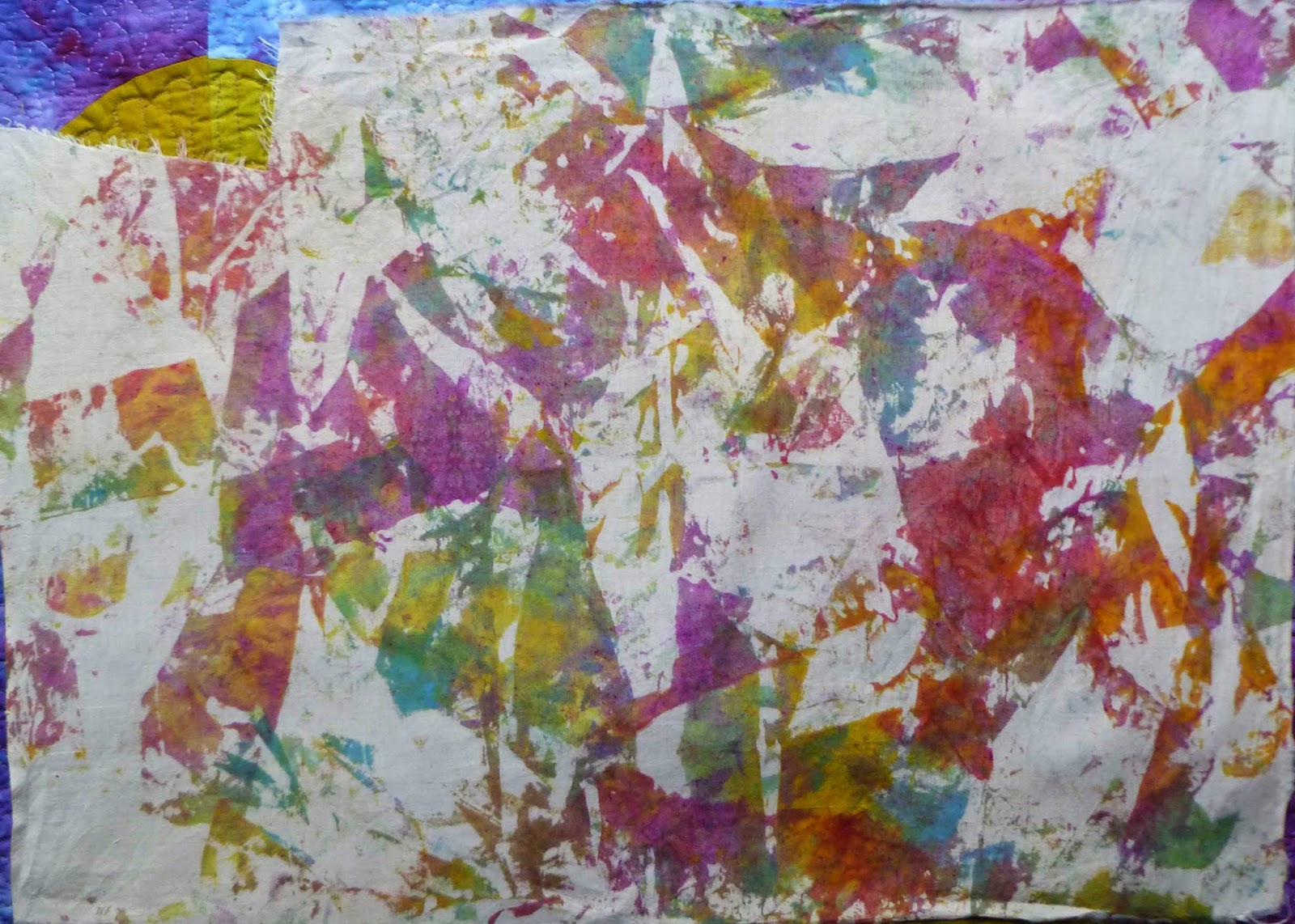 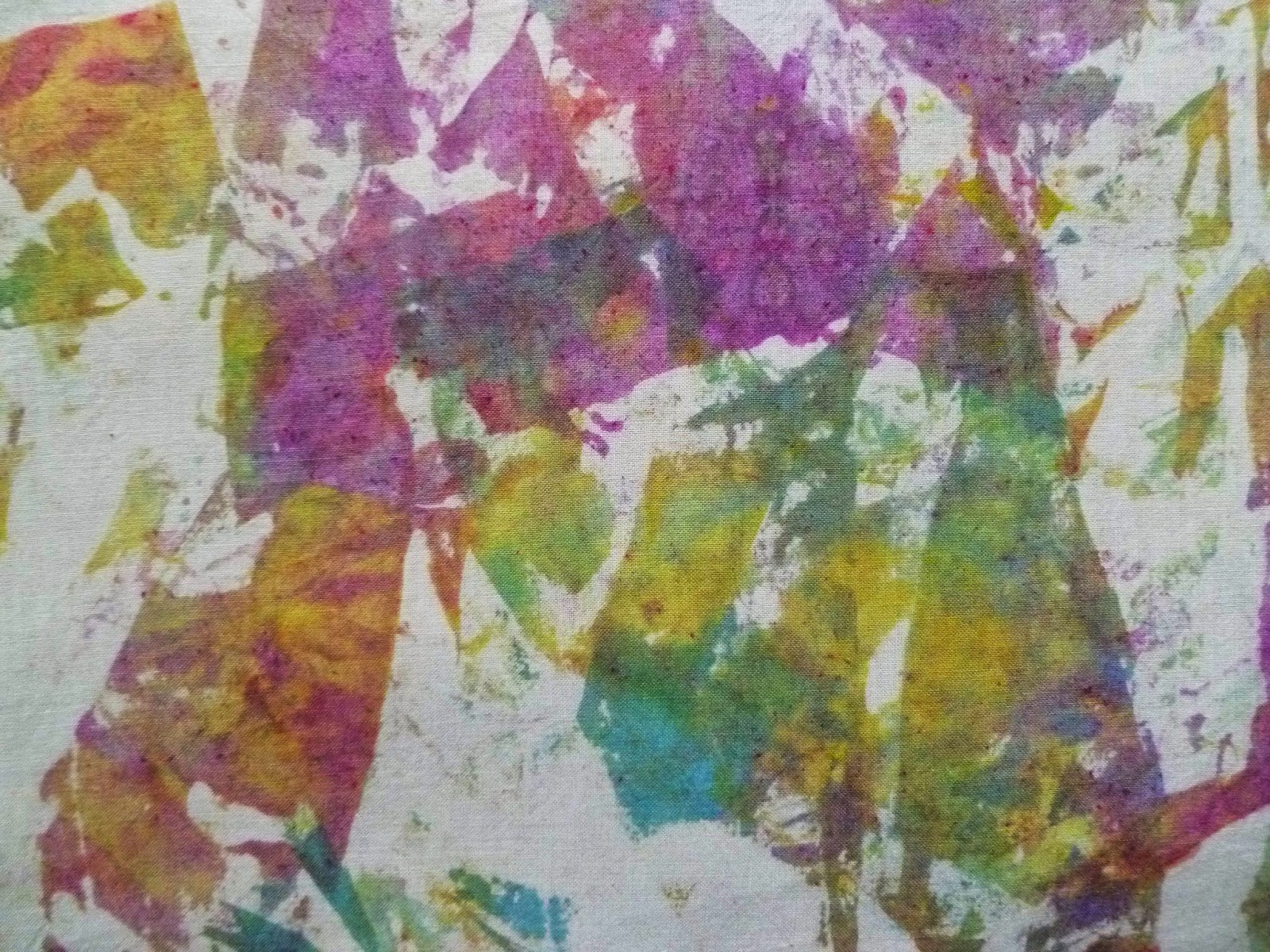 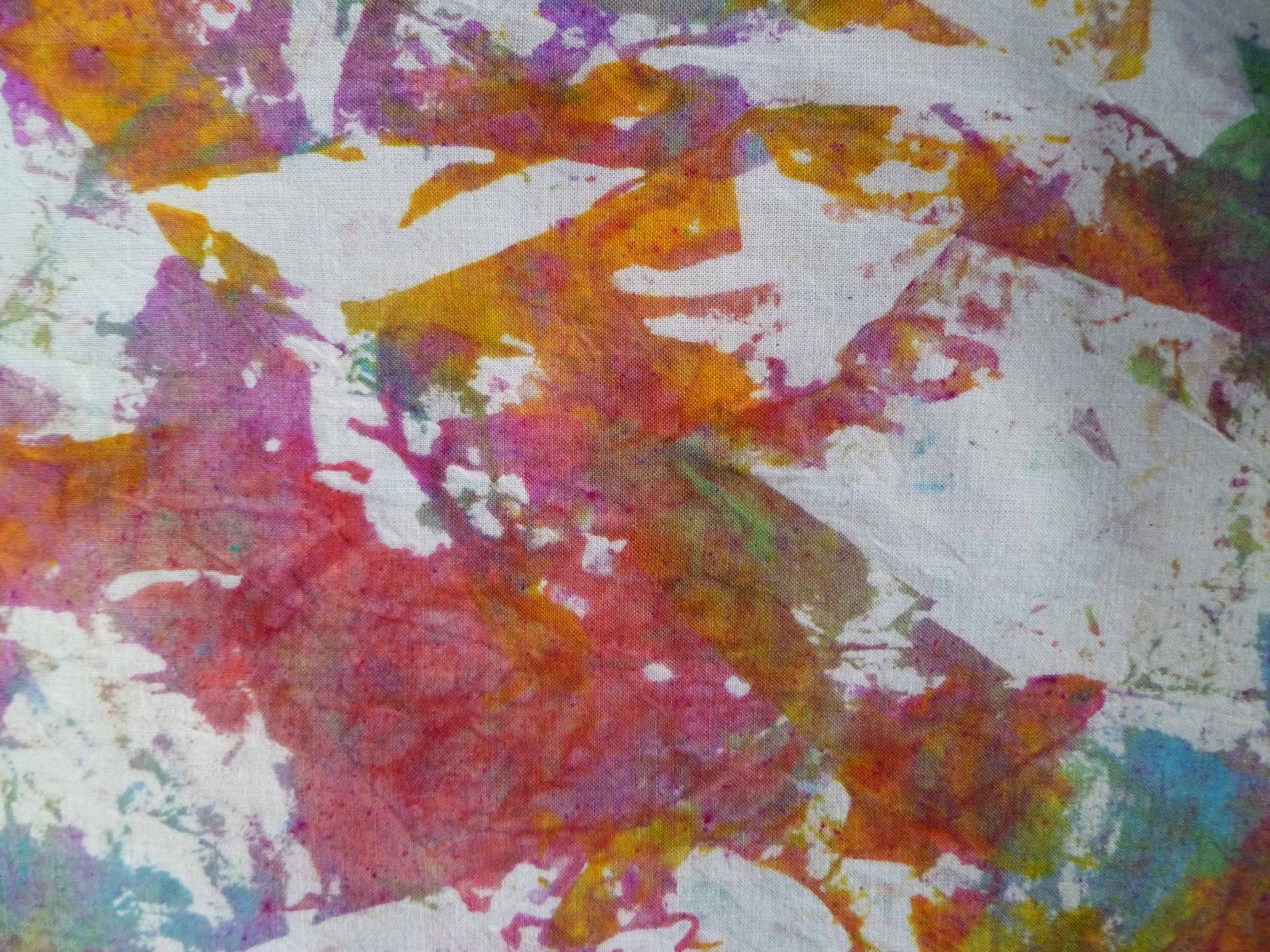 Last but not least after I had scooped out as much dye as I could from the cups with a plastic knife, I tried the fabric over the hand like a mitten thing again. I purposely didn't use the red. 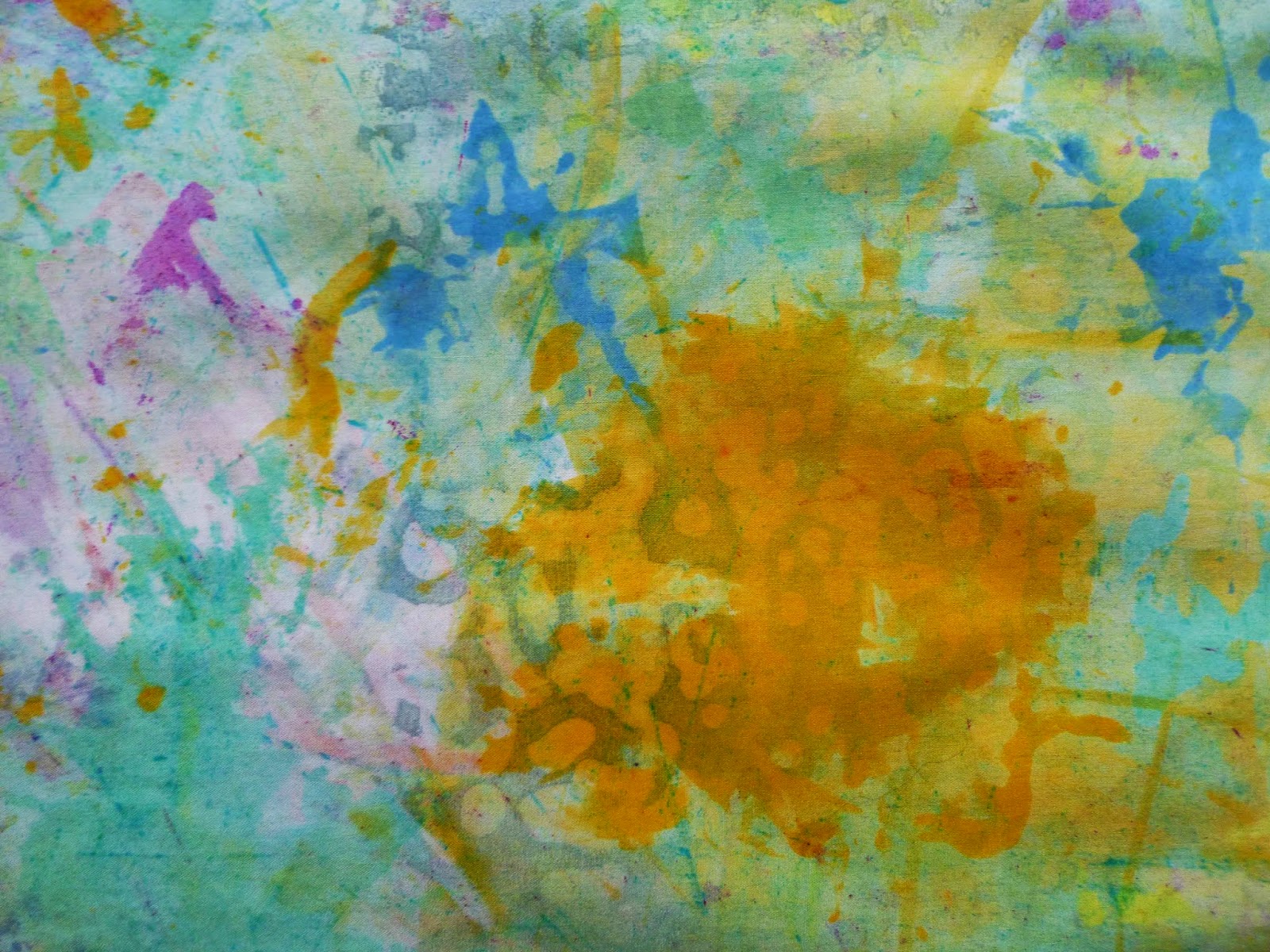 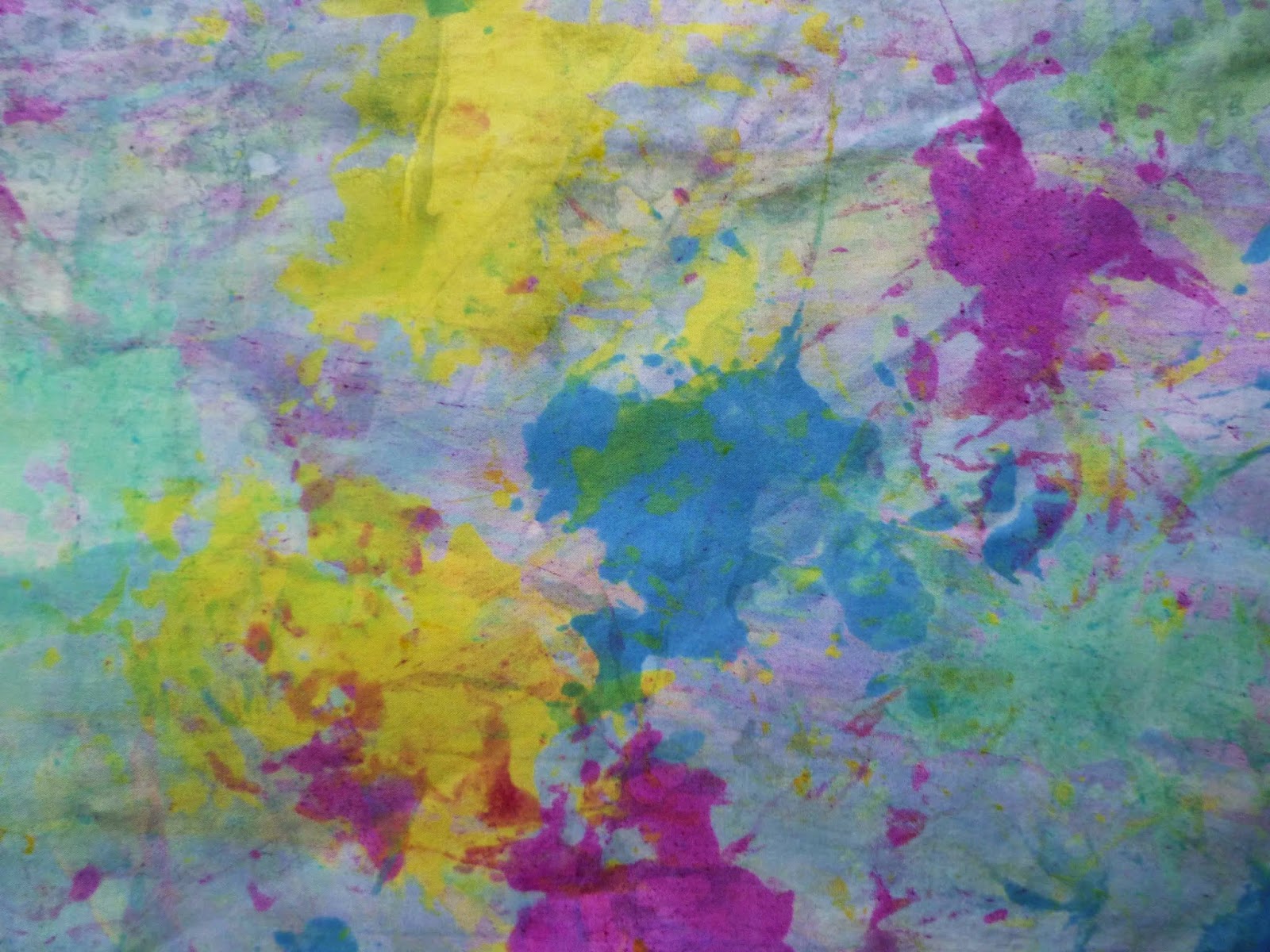