I saw this technique on "The Quilt Show" with Alex Anderson and Ricky Tims. They are pretty traditional but I usually find at least one interesting thing on each show. BTW, I give away a free 6 month membership each year around November or December.

Probably half the people reading this will have seen this bias tape technique before, but it was new to me and I was pretty impressed.

First you start with a square of fabric. On the quilt I just made I only had 30" of fabric left large enough to make a square. I had lots of the green but I thought that would stand out like a sore thumb. 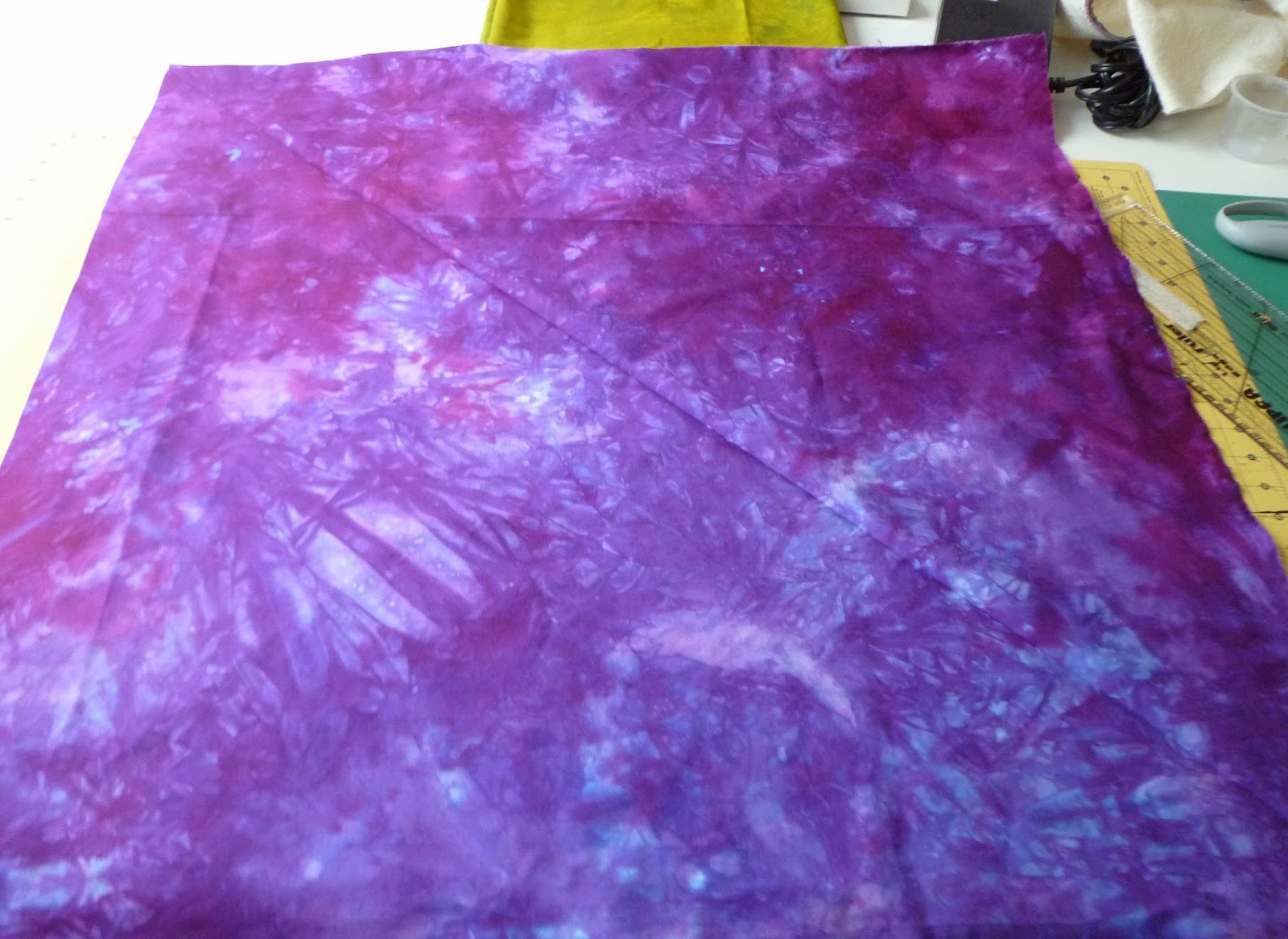 This is the 30" square. I folded it and ironed a crease in the fabric to act as a cutting line. 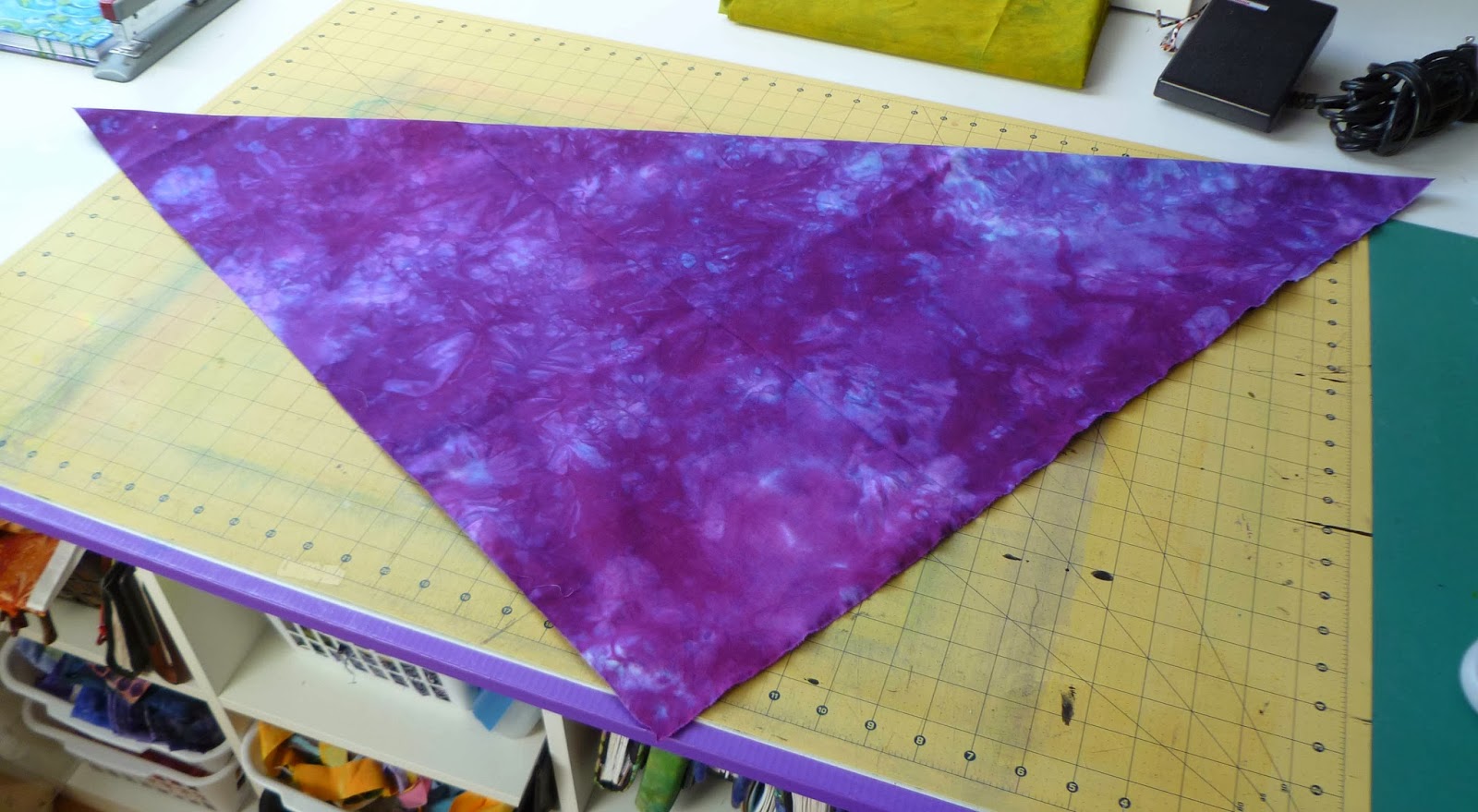 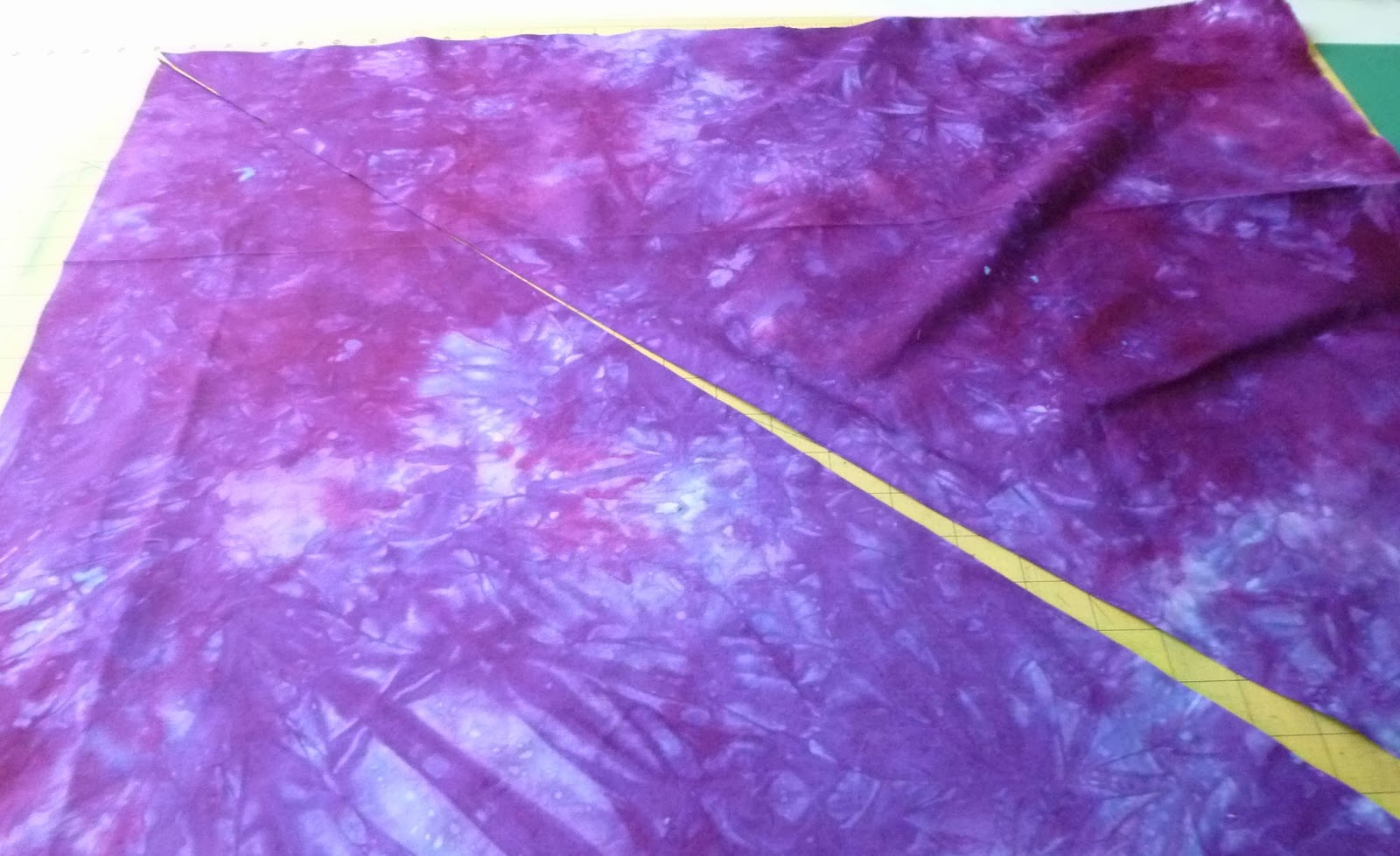 Then I cut the diagonal using a rotary cutter and a straight edge. Then I brought the left edge (above) and the right edge (above) together and stitched them, and then ironed the seam open (less bulk). 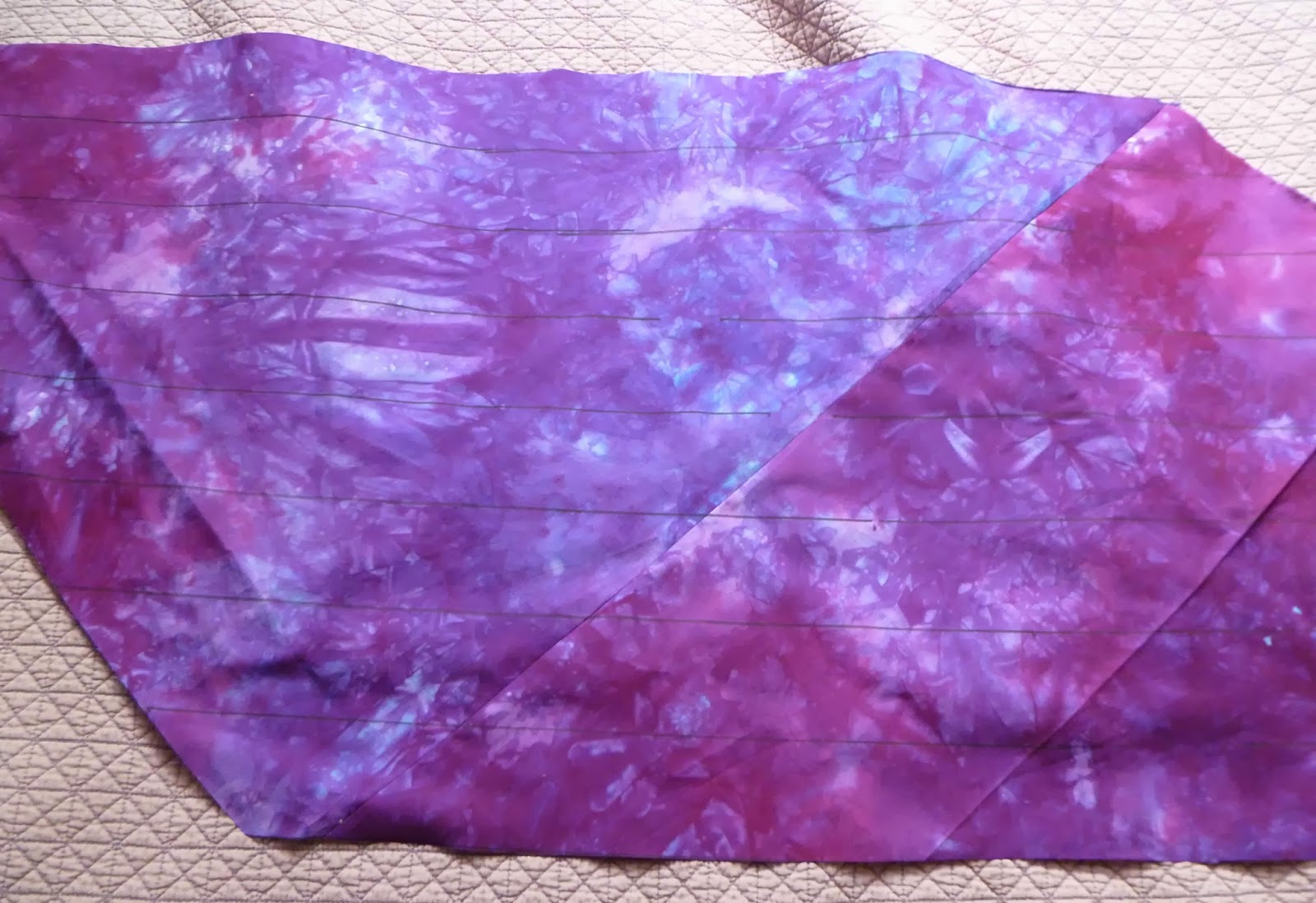 After ironing the seams open, I laid out the fabric and used a straight edge ruler to draw lines 2 1/2" apart. I used a pretty heavy permanent marker because the purple was so dark. Had the fabric been a lighter value, I would have used a fine line Sharpy. The dark line will be cut and end up inside the binding so no one will ever see it. 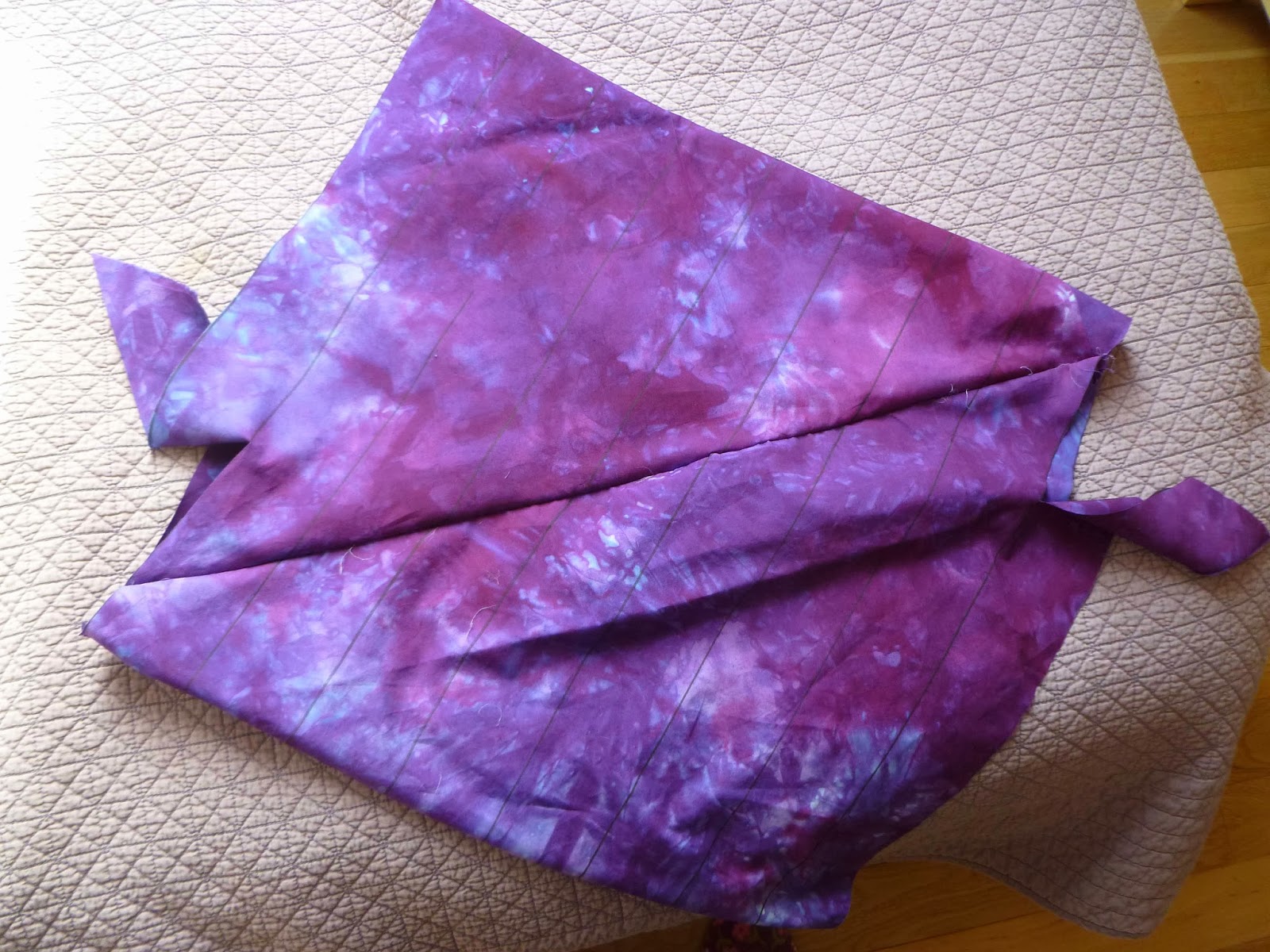 Before sewing this last seam. I cut the opposite ends of the fabric (upper left and lower right) along the drawn lines about 5". Then I sewed the seam being VERY CAREFUL to line up each line using pins to make sure the lines would align 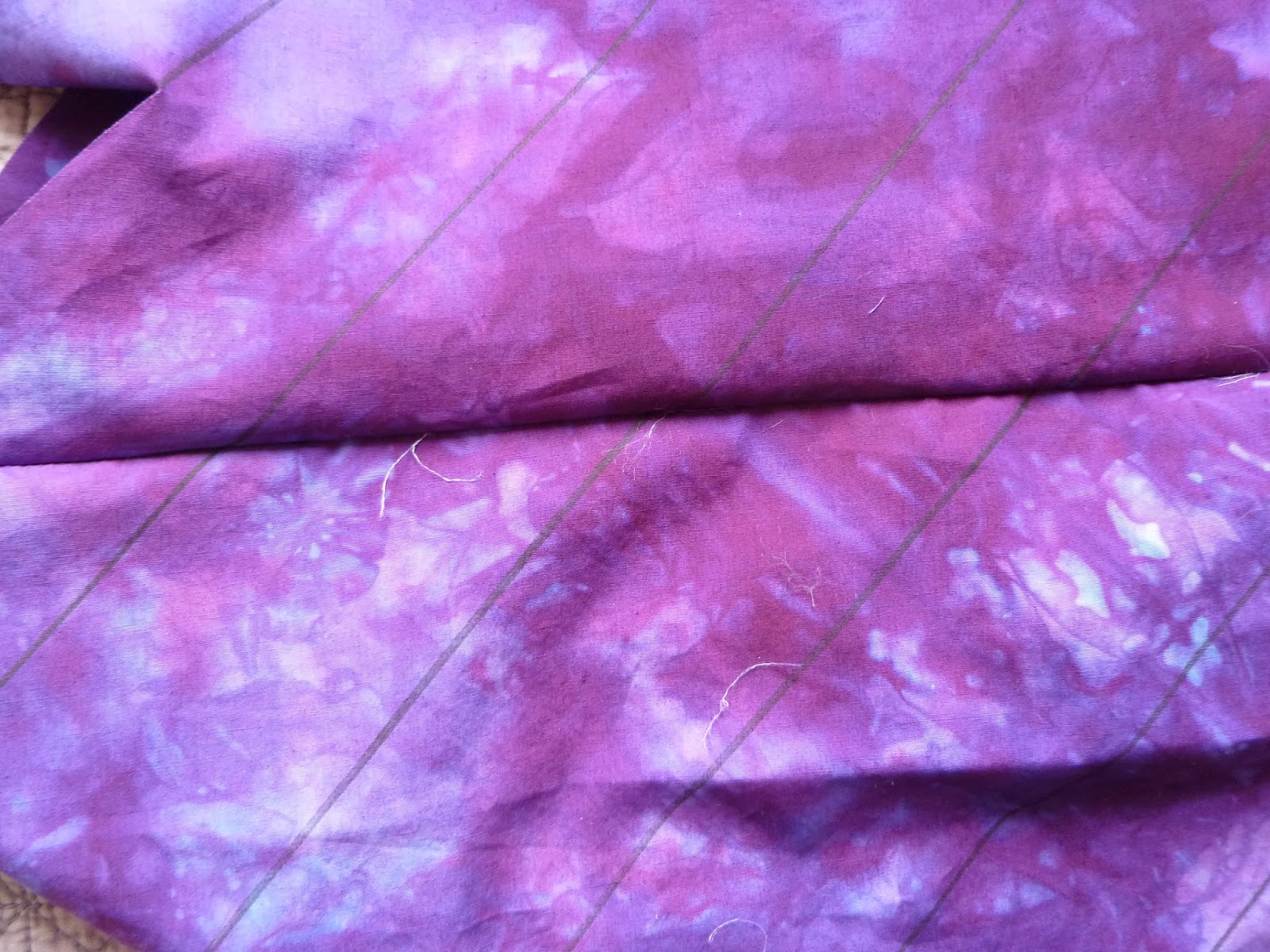 Then I ironed THAT seam open. 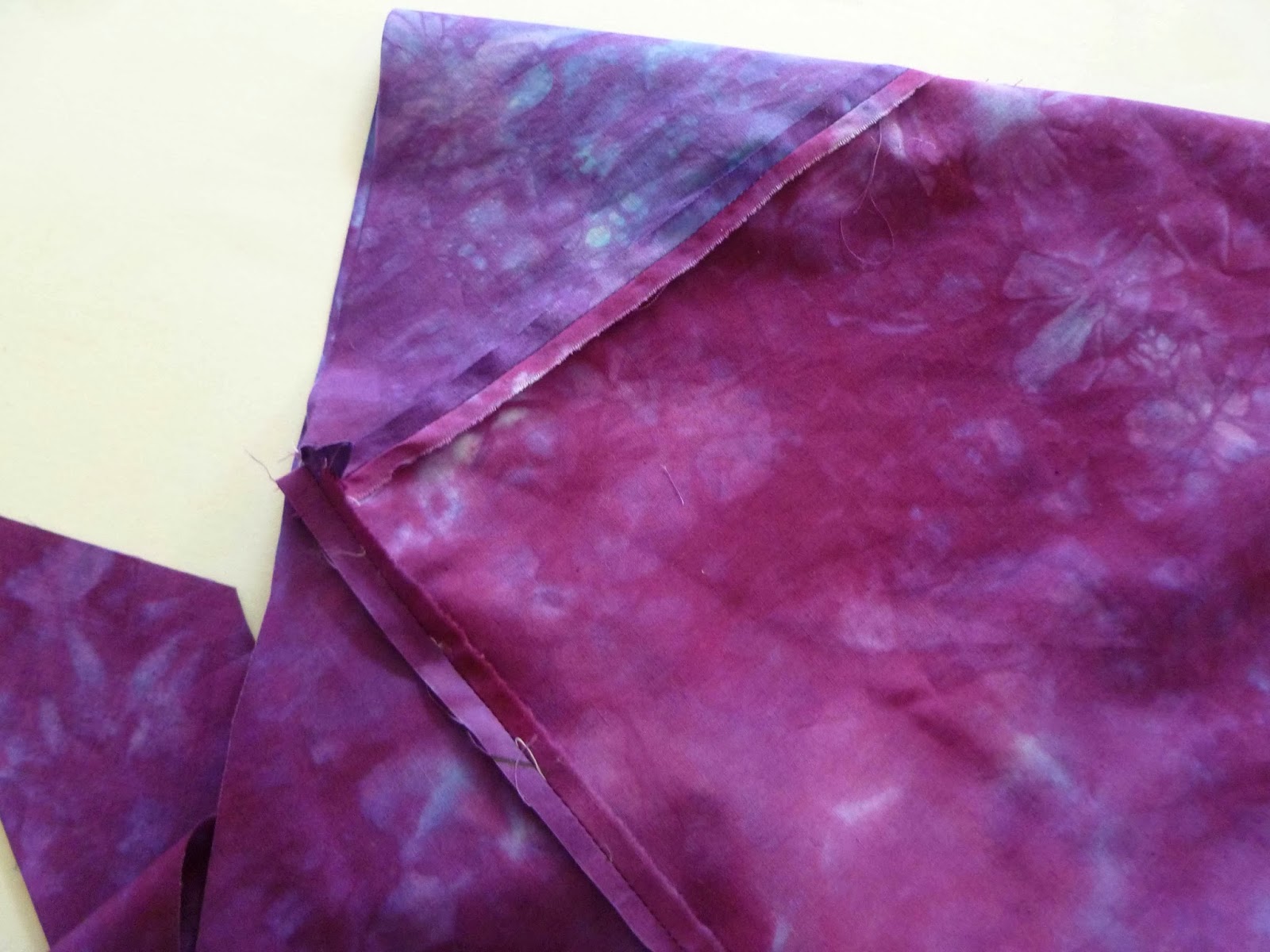 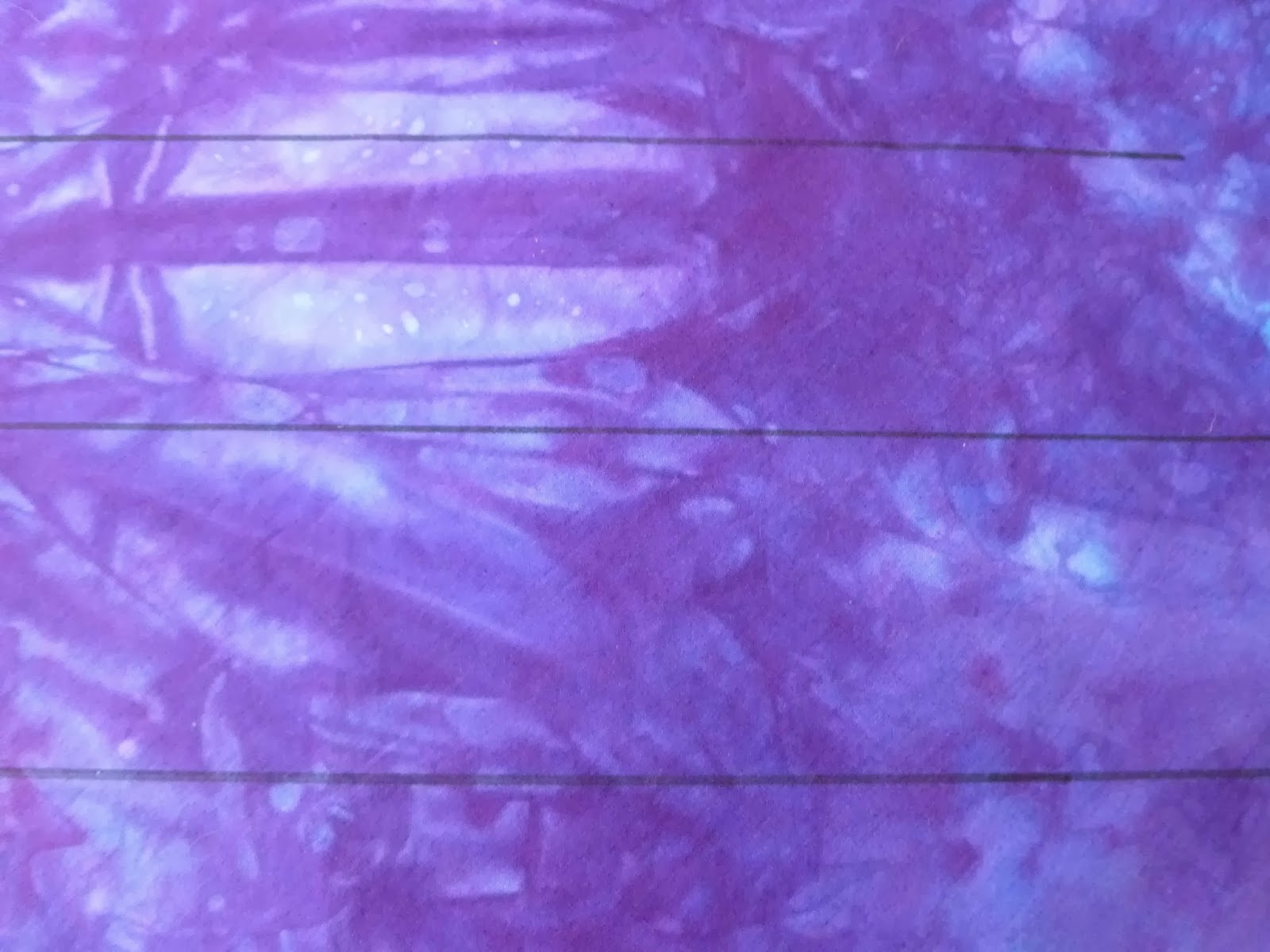 From then on, I used scissors to cut around and around the tube I had stitched using the drawn lines. All the while I am hoping I will have enough bias tape to go around the entire seven foot square quilt. That is over 9 yards. 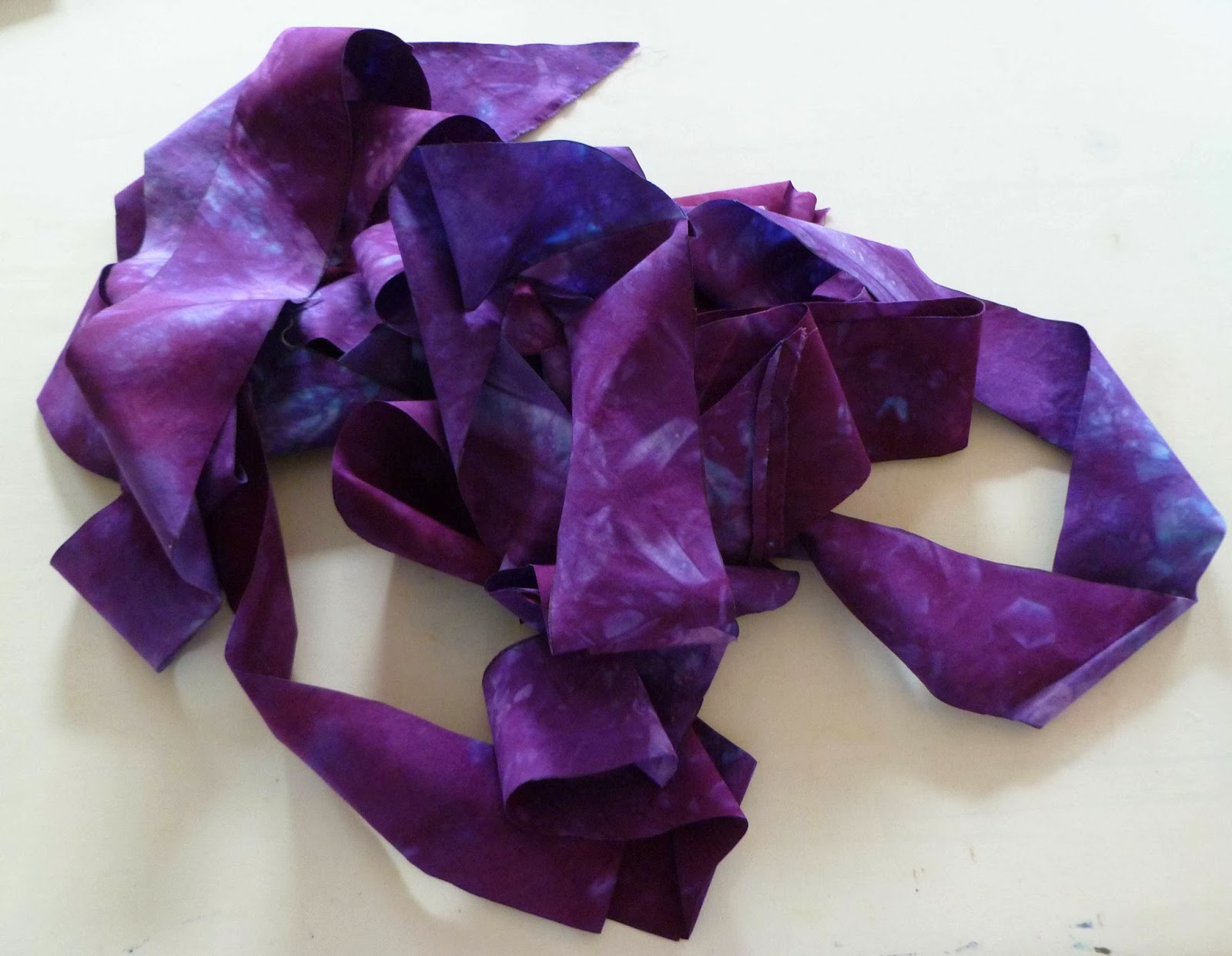 Would you believe I ended up with over 9 yards of bias tape!! I had 19" left over. This was out of a 30" square of fabric. I was impressed! 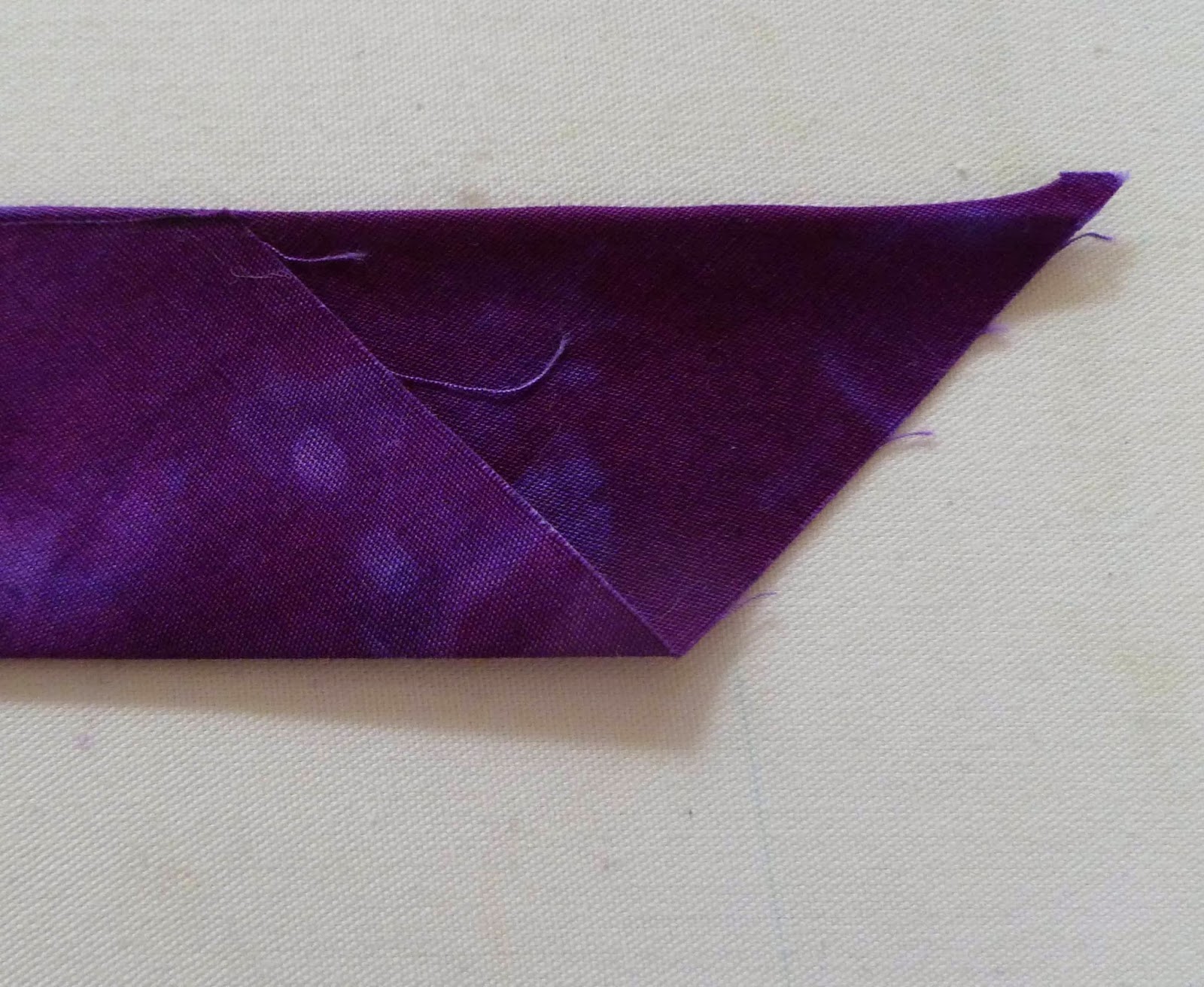 I ironed the tape in half and here is my pile of perfect bias tape. This took practically no time to make. I have to emphasis  aligning the lines using pins for EACH row of drawn lines before sewing the last ( 2nd) seam). 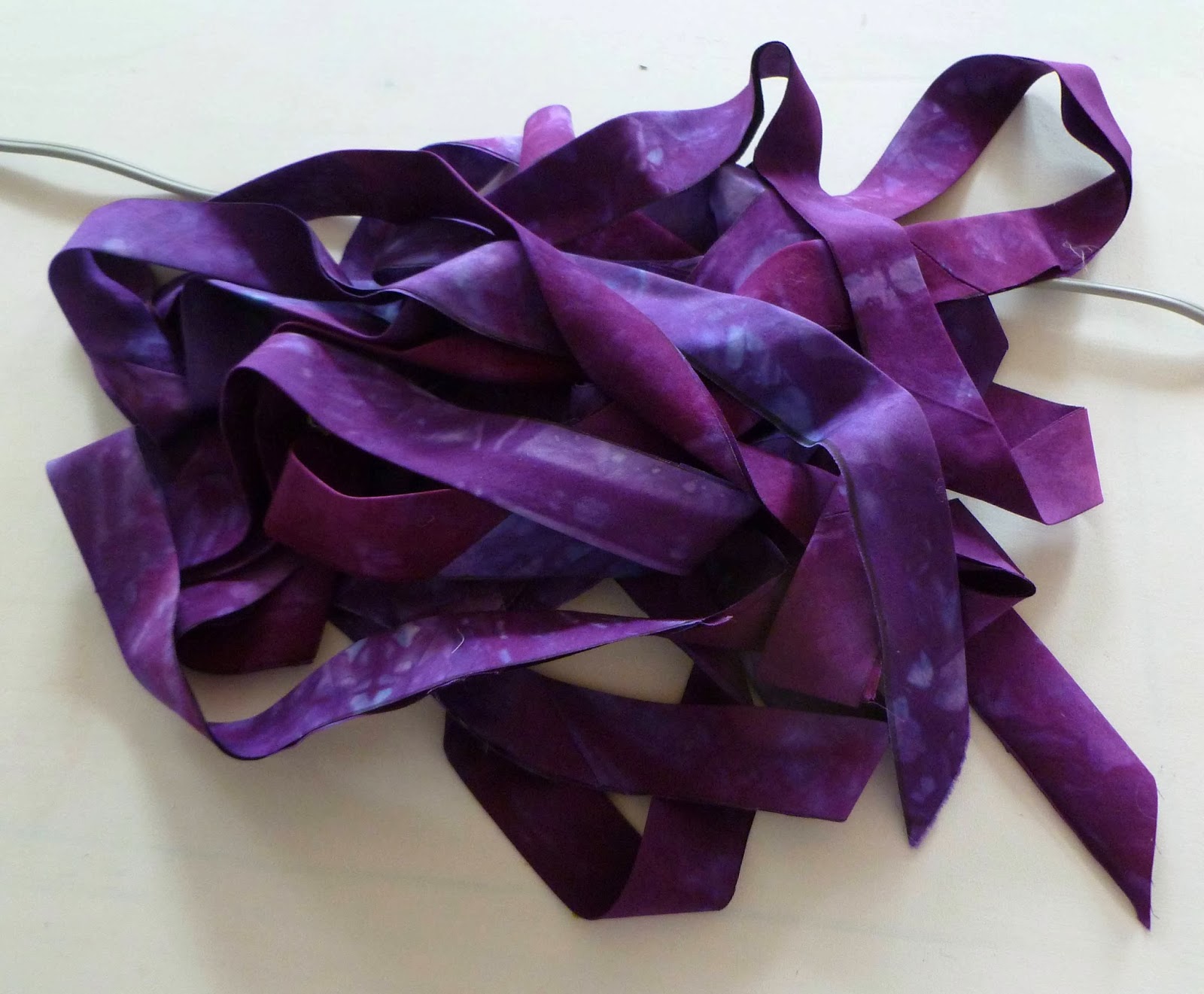 Hope you found this easy to follow and useful for your sewing.