My friend, Marcella, goes to Florida for a few months in the winter. She saw this workshop on making rusted scarves for $60. I thought that was a bit much so I told her to wait and we would make them when she got back to Maine.
She returned a few weeks ago to open her cool store in Rockland and a few days later she came up to rust away.

I have these cool caribou cut out of sheet metal (a wind chime) and they were very rusted. I thought they would make good candidates to rusting a scarf. I laid the caribou on the end of the scarf, folded the silk over top and placed another caribou til I had all four caribou touching silk. I covered everything in vinegar and left it outside. I also did the same thing with cut up tiny bits of steel wool from the hardware store. I laid that scarf on a sheet of poly film, covered it all in vinegar and closed the film over the scarf loosely.

The next day Judith came to play and I decided to wash out the rusted scarf. When I went to unwrap it ONE caribou and a half (yes, a half) was rusted and there was nothing from the other end of the scarf. Maybe it needs oxygen?? 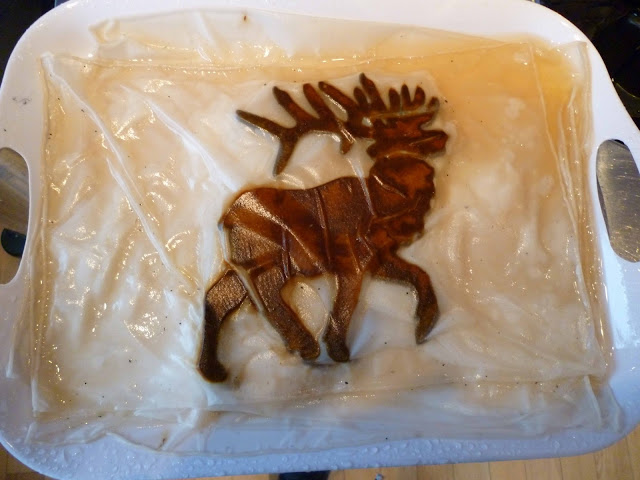 I was so excited to see just a great rusted image 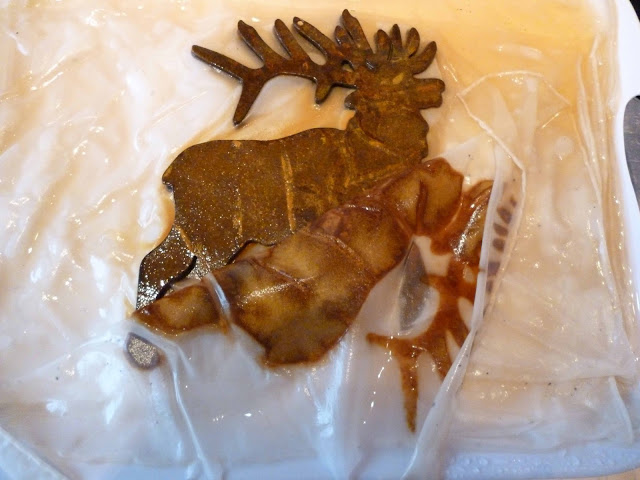 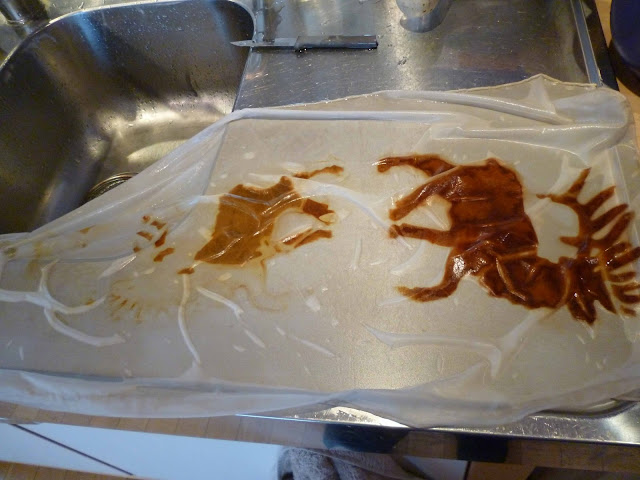 That was it. One and a half Caribou (boo!) 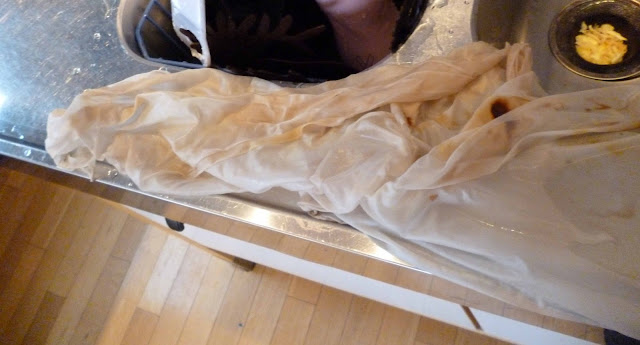 Nothing on the other side. I put the caribou back in the silk carefully lining them up but the next day had nothing but a stain. 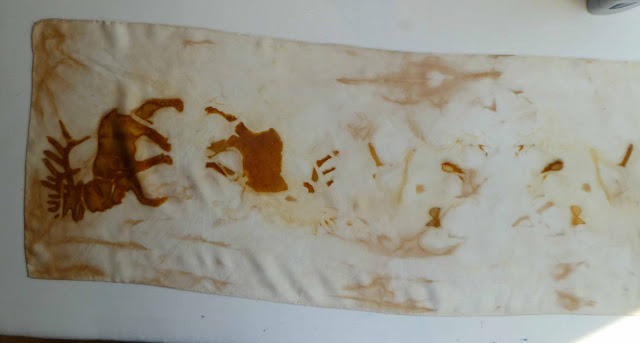 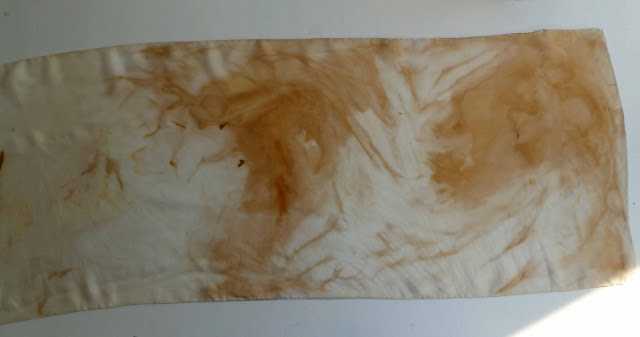 That same day I checked inside the poly with the scarf with the steel wool bits and almost nothing. I figured I would throw it away. The tiny steel wool bits were all over the kitchen and getting stuck in my fingers - yuck!! I wasn't interested in washing out all those bits and nothing much had happened so I was bored. A few days later I went out to pick it up, drain in on the lawn and throw it in the trash when I saw this dark deeply rusted "thing". I laid it out in my driveway and used a high pressure washer to get the bits off. NOT MANY BITS left. They had rusted away for the most part. This is the scarf washed (a lot) DRY and ironed. 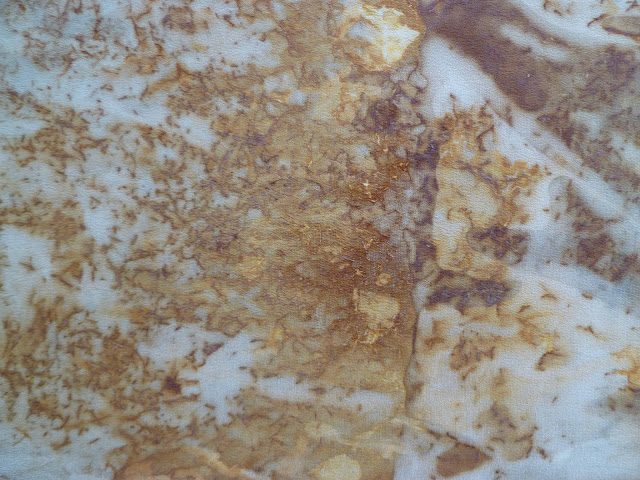 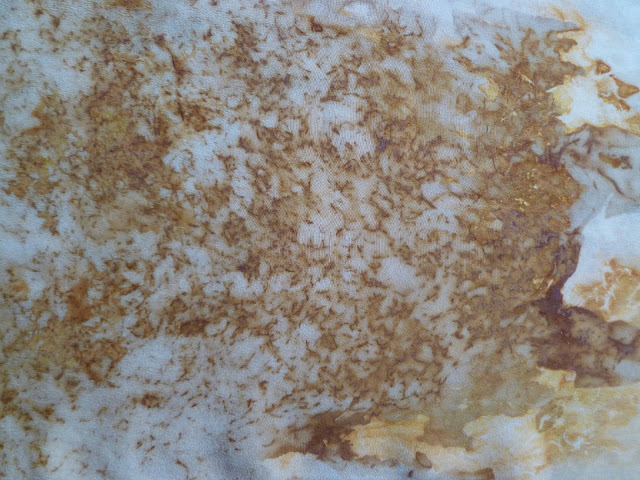 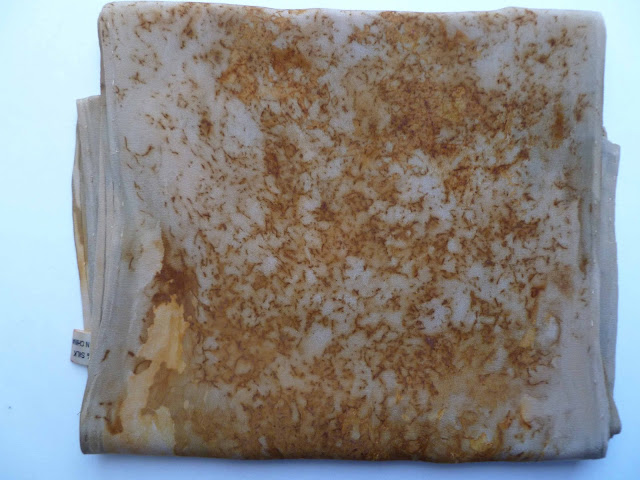