Batiking on cotton with a credit card

While I had the soy wax nicely melted in my pot, I decided to do a small sample of a 2 sided batik. I had previously done two sided batiks and really liked the effect.

I started with intense blue and after doing my alternating bars in wax, a real favorite of mine, I applied the thickened blue due with a credit card. 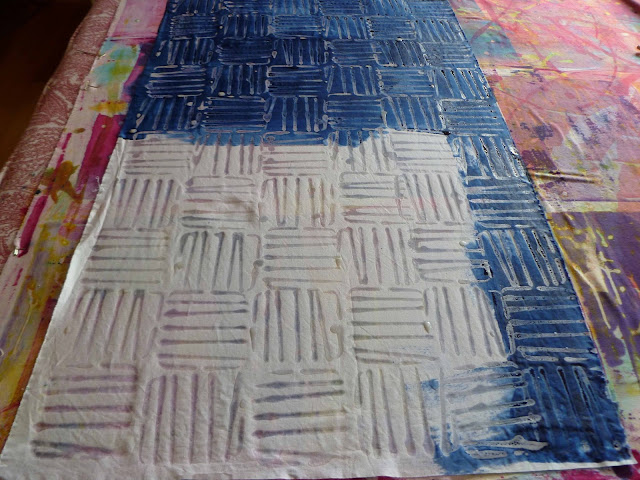 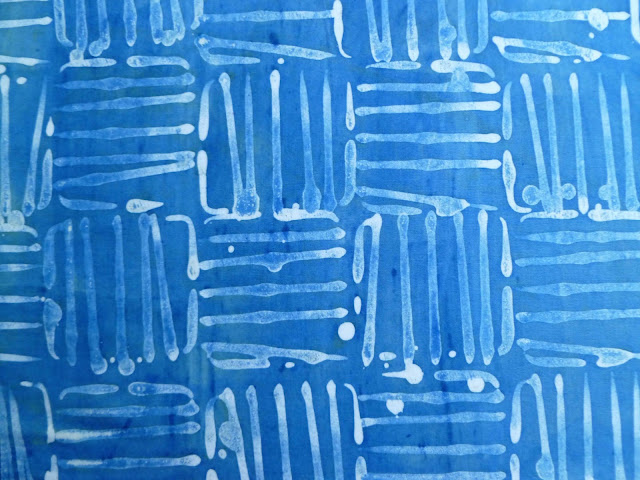 Then I flipped the fabric over and applied a rust colored dye. Now I must mention I had made this colored dye paste in an attempt to mix a chartreuse color. The paste itself was a dark rust and looked very unappetizing but I thought it might look well on the other side of this blue. 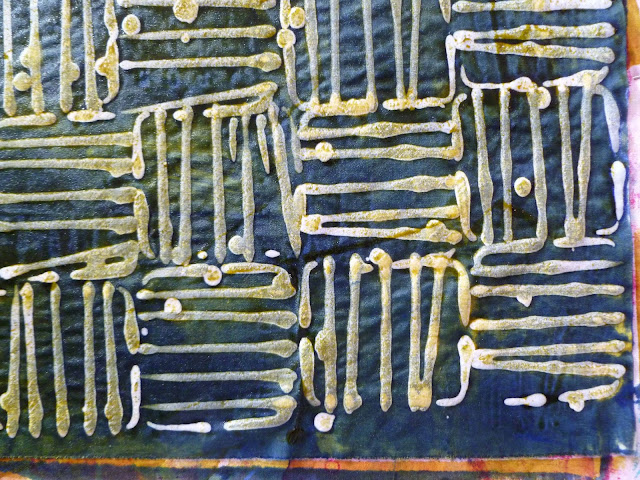 It turned out just to look like an accident had happened on the cloth. Oh well, nothing ventured, nothing gained. On the edges you can see a bit of the color.
I suspect that had the print paste been a tad thicker, I wouldn't have had so much bleed through. Also if the color on the second side have been of similar value, it might have either mixed well with or overpowered the blue. Lesson learned. I still like two sided batik. 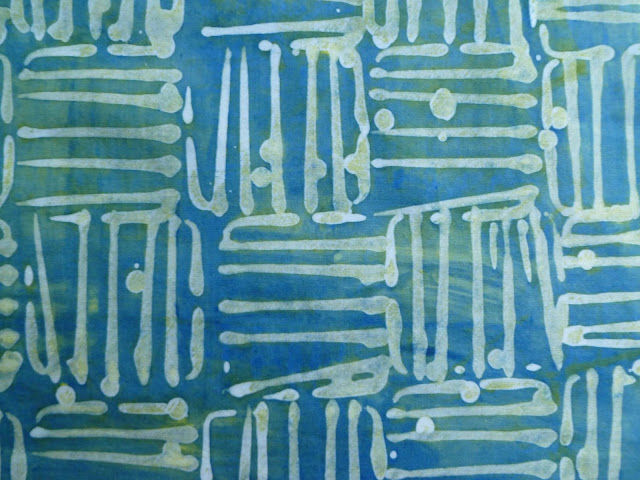