One of the things I think I learned most recently was not to save dye. I had some thickened dyes and they DID keep for several months but I don't want to make a practice of it. I have mixed bottles of dye from probably 6 months ago, possibly longer.
I threw everything out before I started Coastal 2. I mixed 1 cup of black (4 tablespoons total) and 2 cups of Deep Navy (4 tablespoon total). That is plenty dark. As a matter of fact I had to keep re-dyeing the shibori because the pieces were coming out too dark this time.
On the pale version, I started the bottom 2 with deep navy and kept halving it with water. Too light. Of course I can't remember how much dye powder I added to the 2 cups of water to start with. Go for the unexpected - don't take notes!!
This batch of shibori was very dark and I had to really add lots of water to lighten it. That's called over compensation (for the light piece).
Anyway, when I was done I decided to use up all the mixed dye. I did 5 beakers of black and six of deep navy - all low water immersion. I added one cup of water and one cup of soda ash solution (1 cup soda ash to one gallon of water) and in each beaker. Then I added 1/2T, 1T, 2T, 4T, 8T. It isn't that clear but the black really split off into green. Lots of green in the pieces. Each piece was a full half yard. It was a warm and sunny day and I left them outside for about 4 hours then washed them out with synthropol (Prosipol) and I added my beloved "Color Catchers" 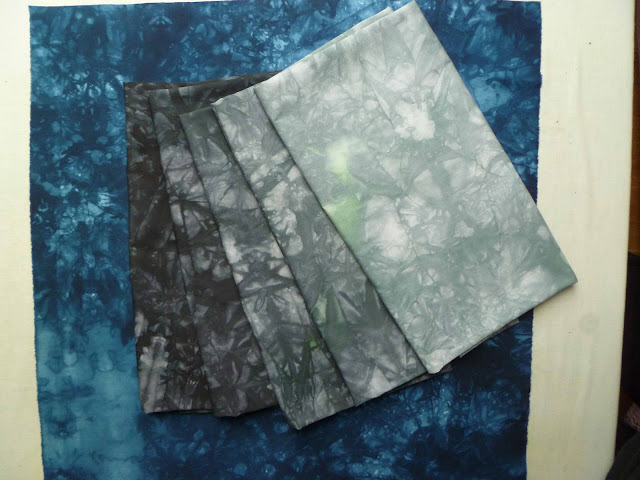 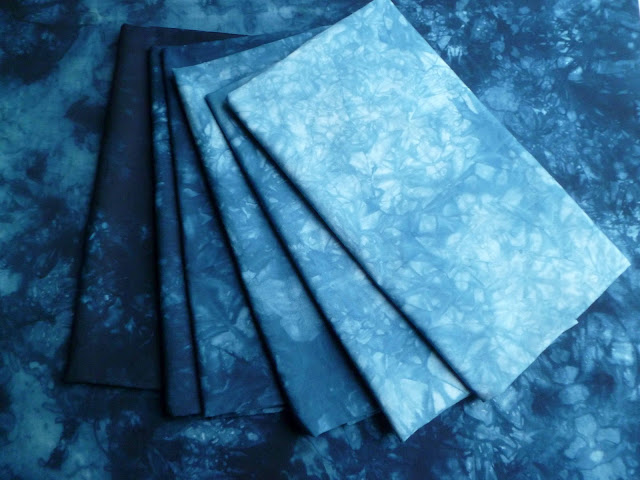 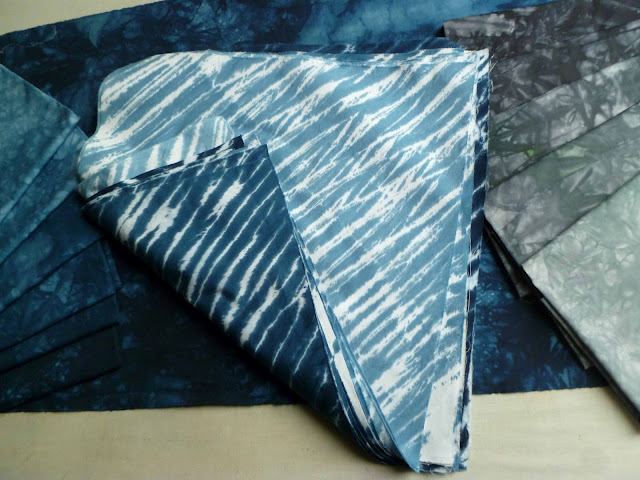 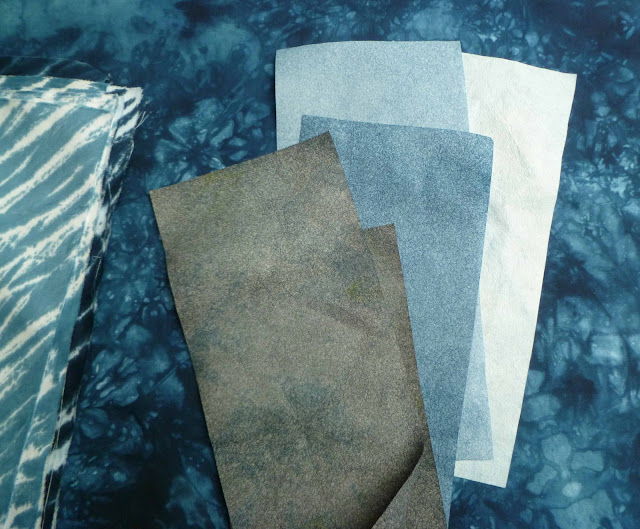