Marcella sent me a link to a form of Japanese dyeing called Kakishibu - persimmon juice dyeing. 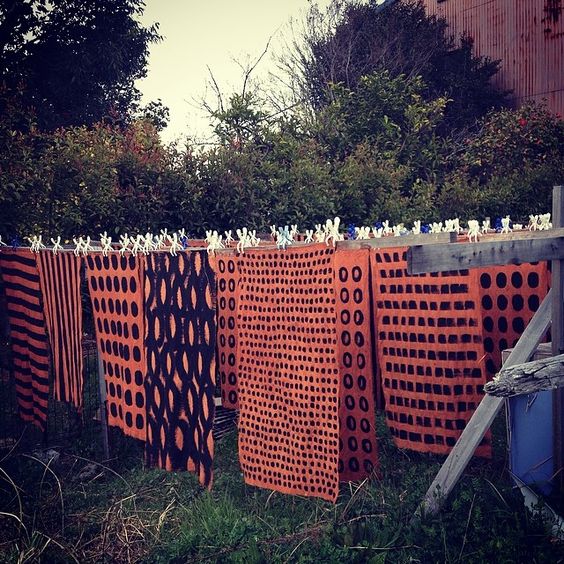 This photo is off the internet. They were made by masami yokoyama yokoyama.

The fermented persimmon juice is very expensive so I suggested we try to imitate the color with MX dyes. She came over today after having purchased jars of dusty orange and nutmeg dyes from ProChem. We tried to approach this is an organized and scientific way. 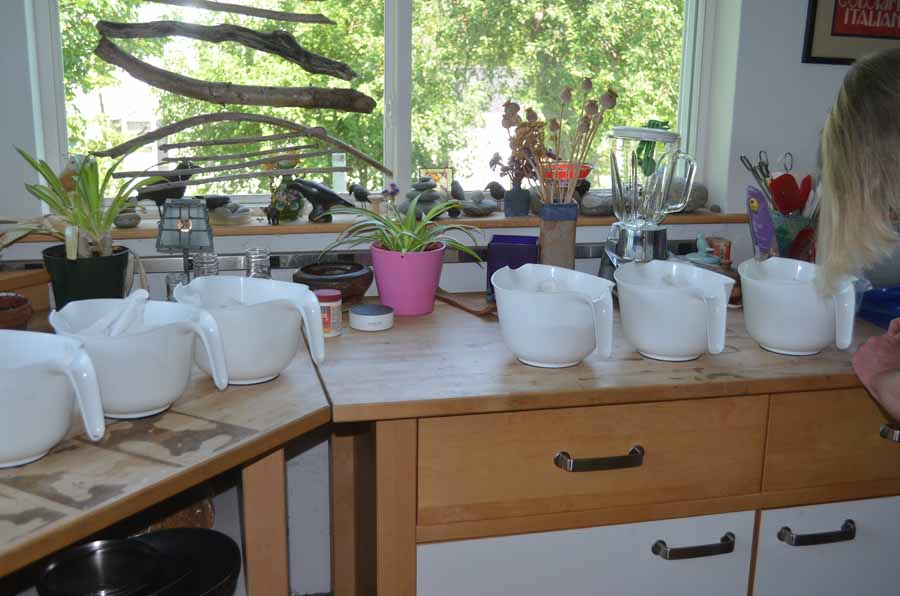 
The first one we tried was dusty orange. 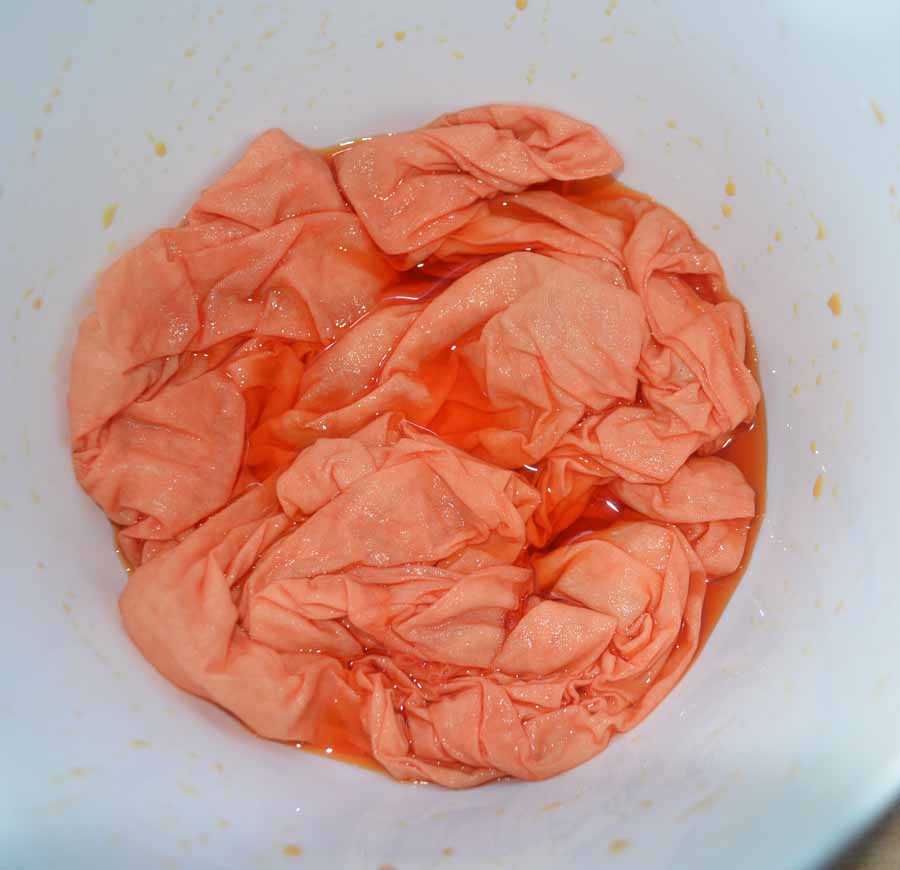 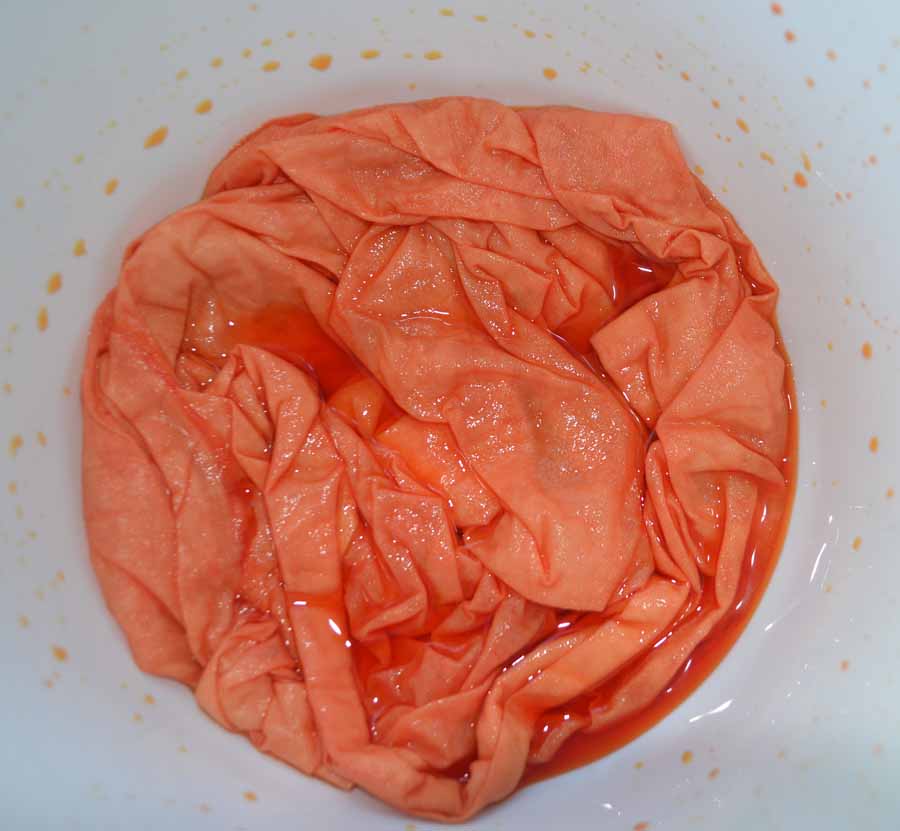 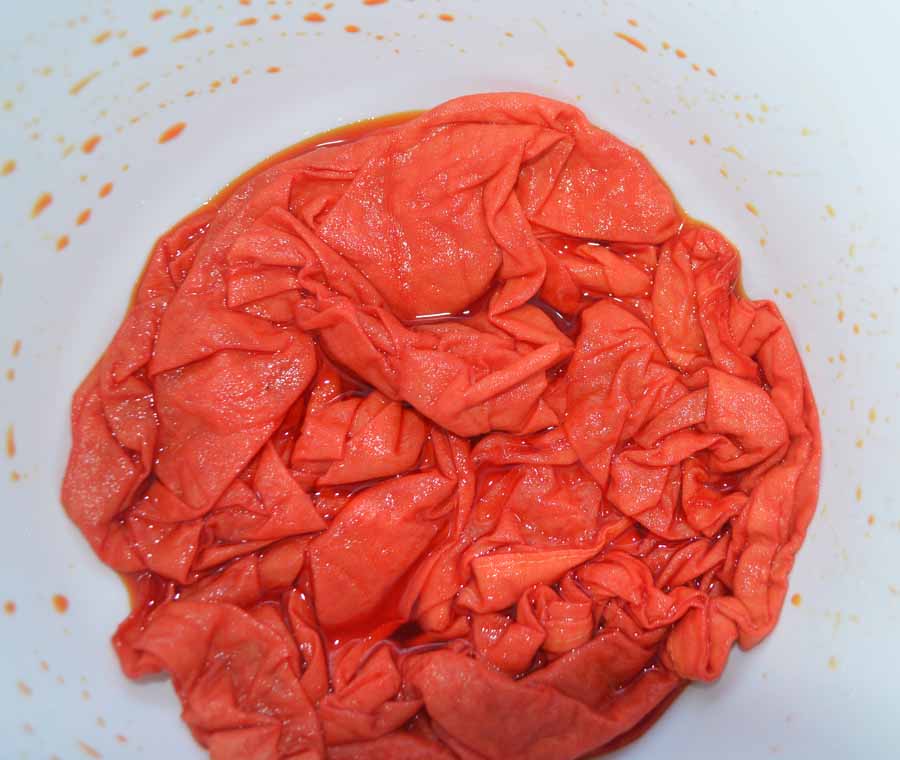 The next was Nutmeg 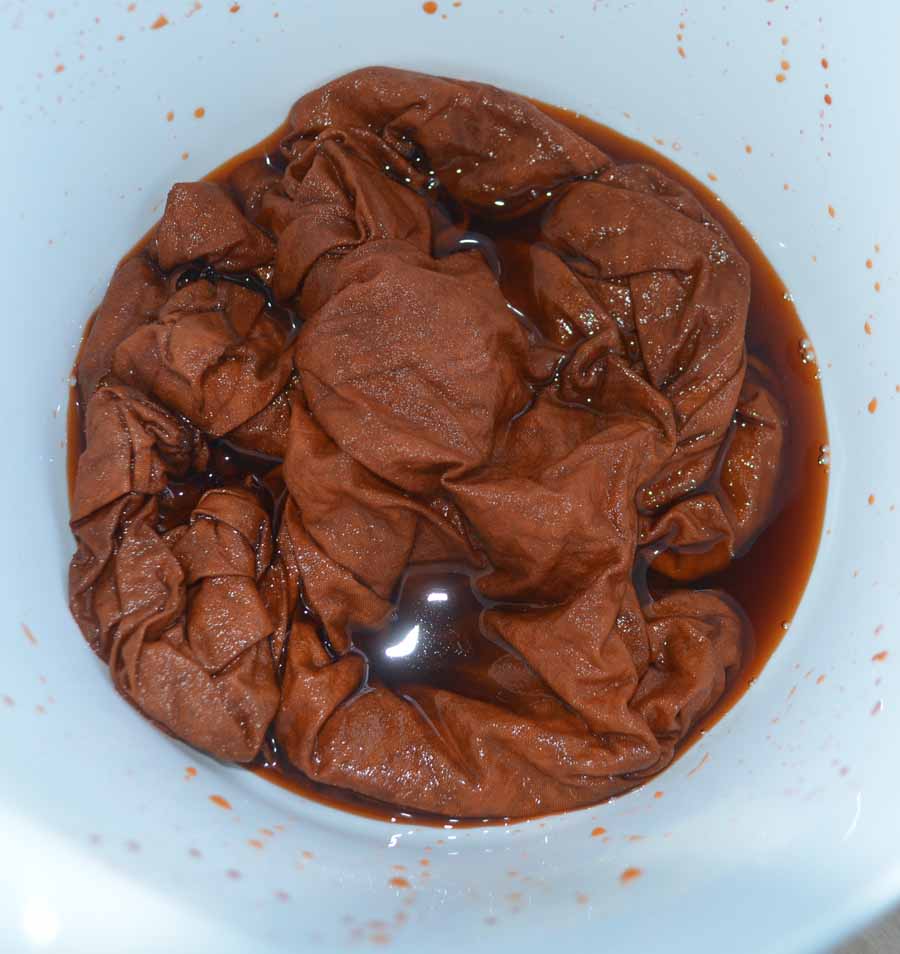 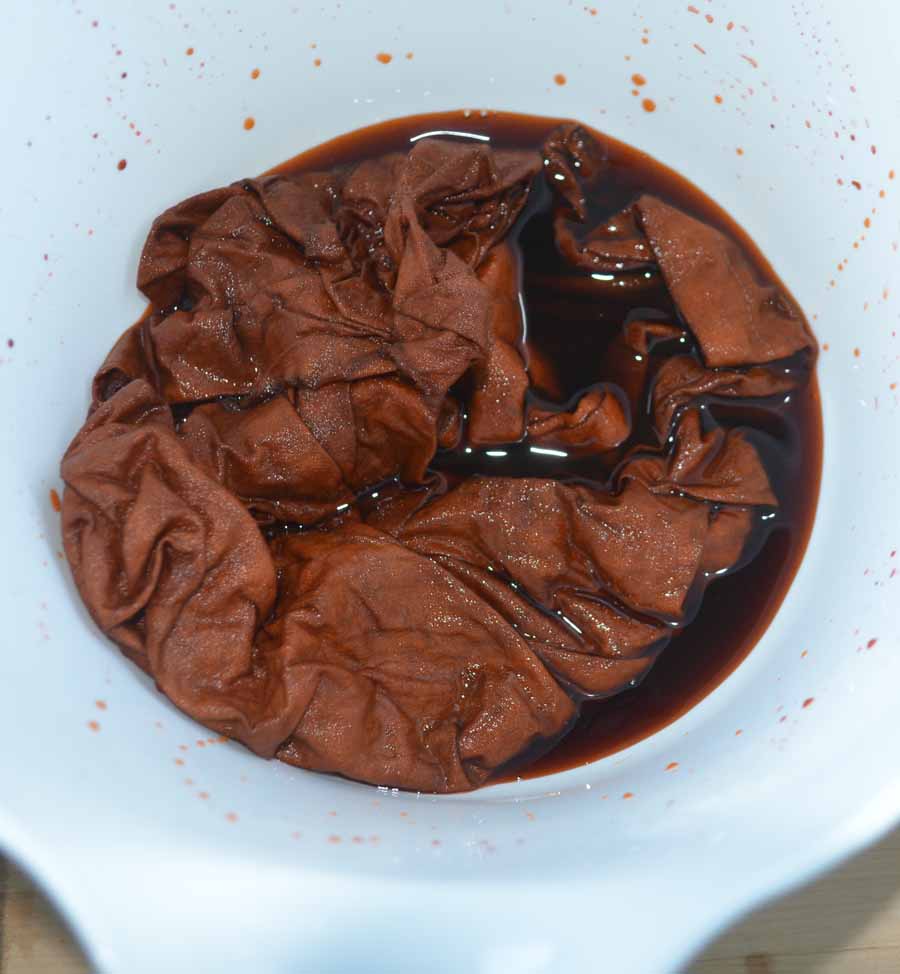 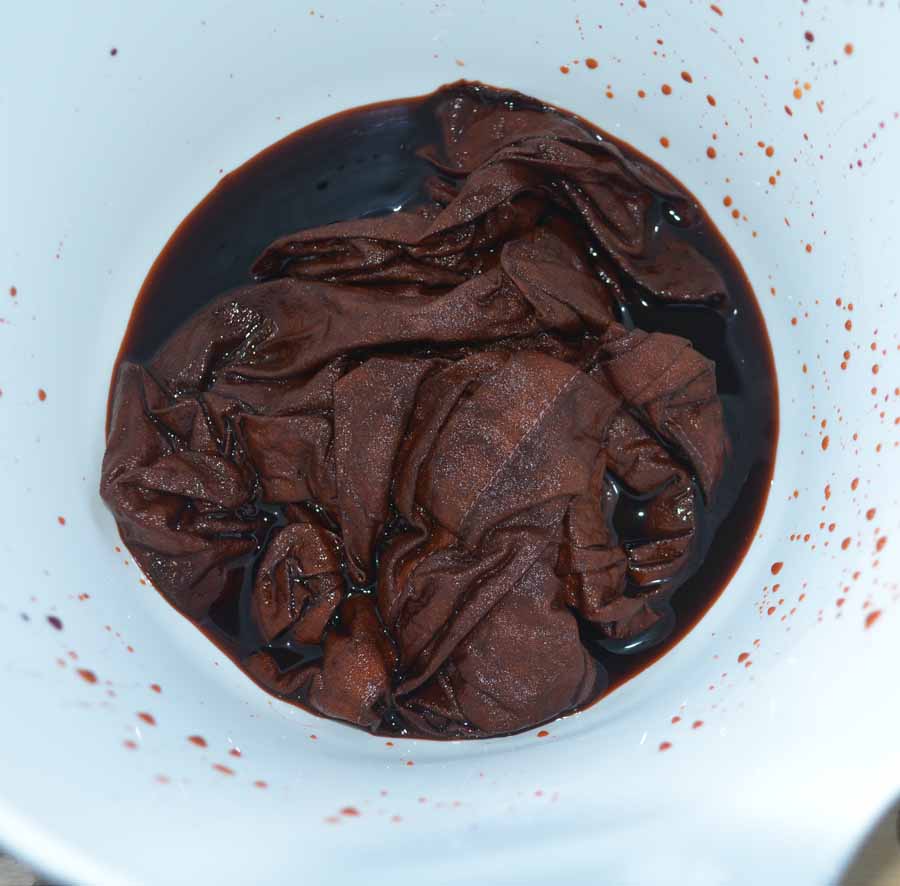 The last was what we called half and half, equal parts dusty orange and nutmeg. 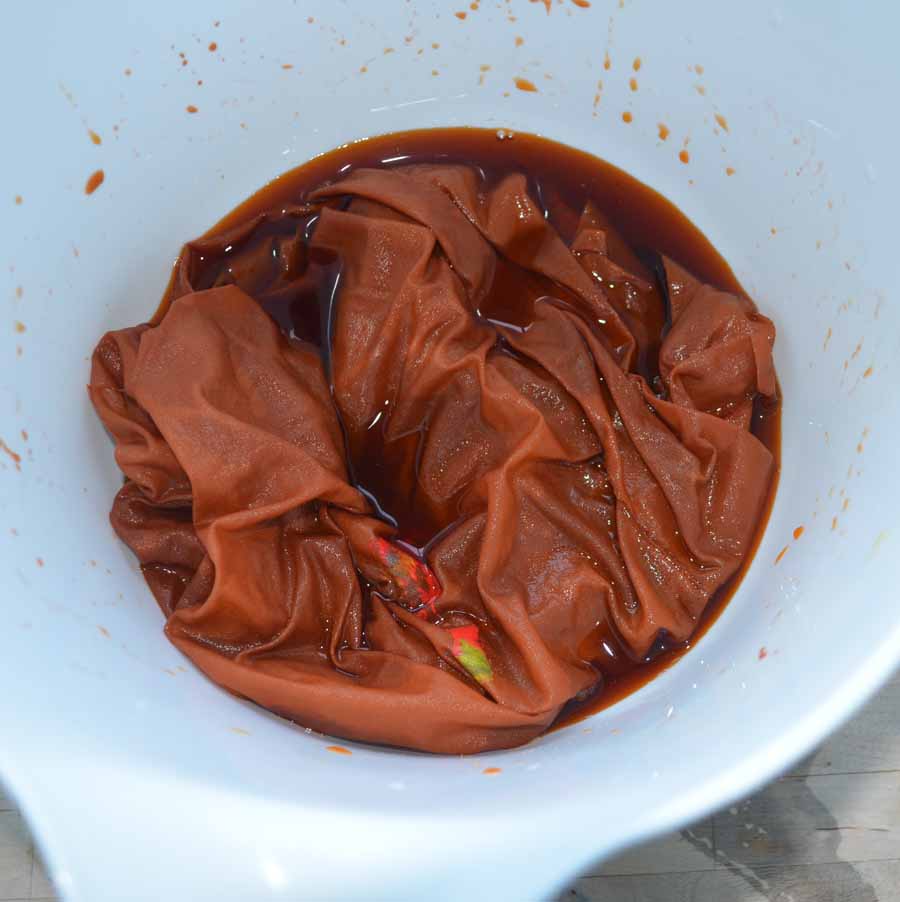 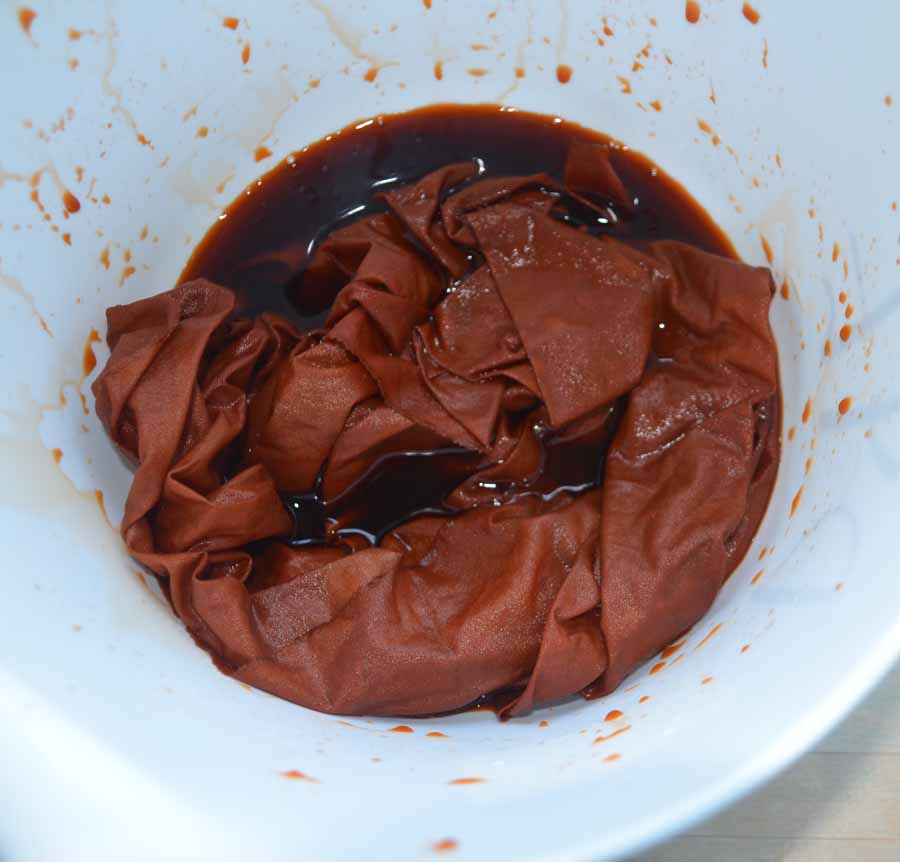 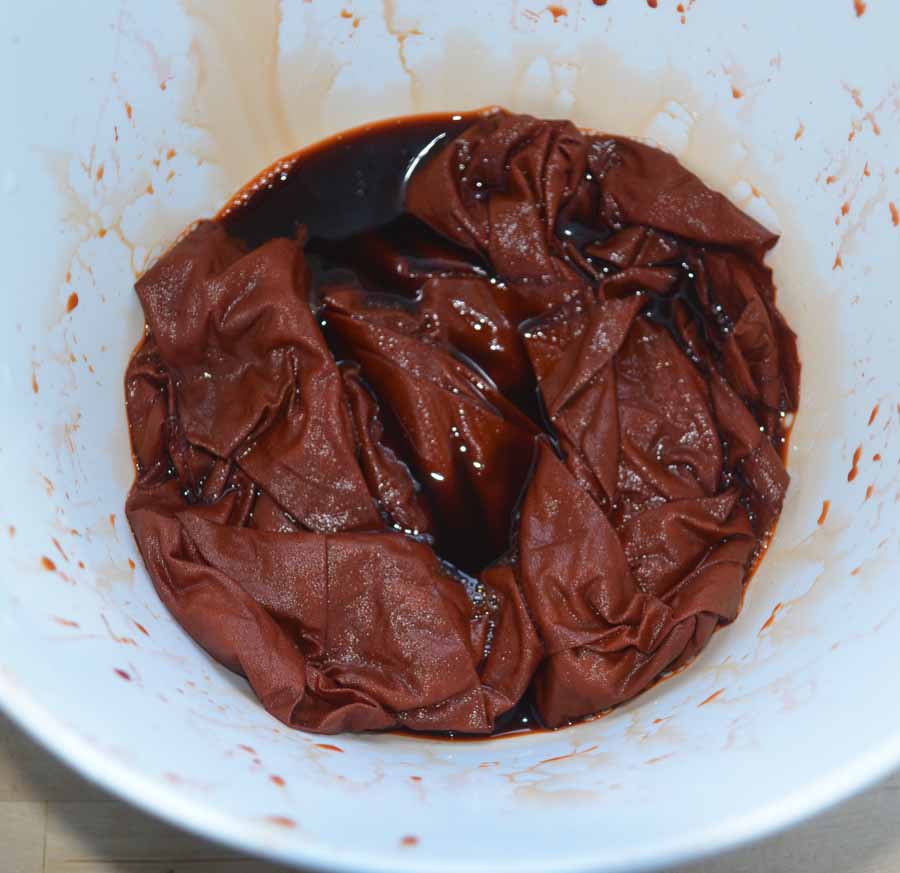 We had to make the most of our time so I rinsed them by hand after an hour and soaked them in soda ash solution. After wringing, we laid them out on the hot asphalt driveway and they dried very quickly. Now we were ready to make marks. See the next post for fabulous results.