I went to the store to buy James some toys. Neither of my other dogs ever played with toys so I've never had any. They wanted between $5.99 and $7.99 for a little dinky toy most of which were really too big for James. I found a Spider cat toy for $1.50 and bought that. I cut off the spiders legs and removed the bell. 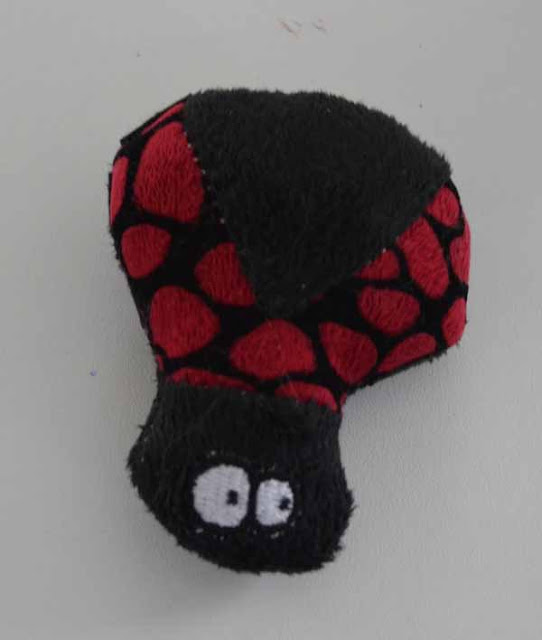 Then I figured I could make him a few things to play with even though they weren't representational so I started with a "ball" made from a scrap of old T-shirt material. 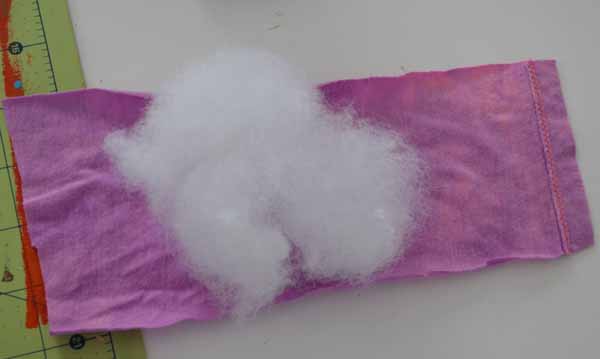 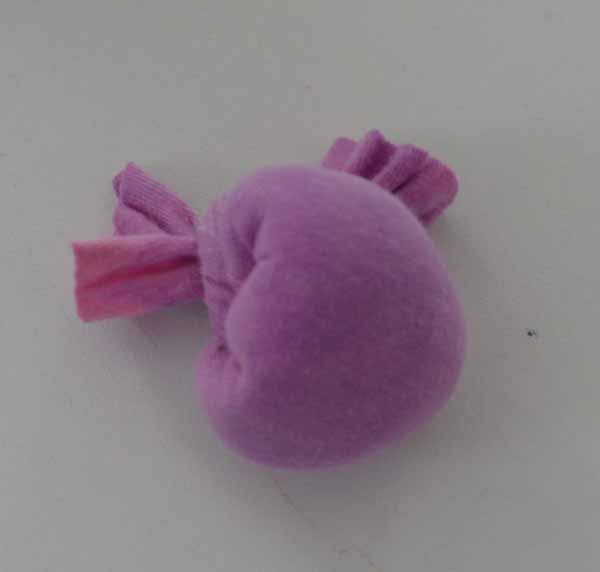 Then I made a rectangle and put the bell in the center of the polyfill. 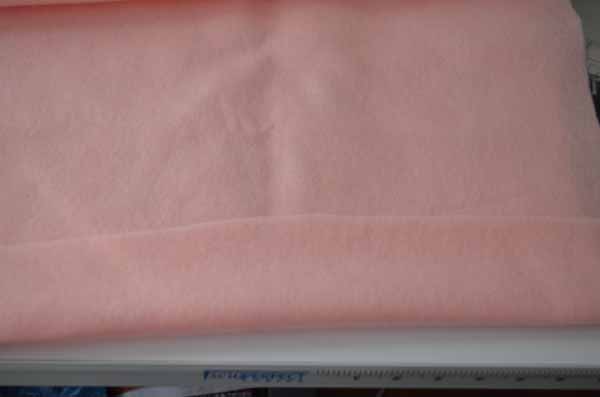 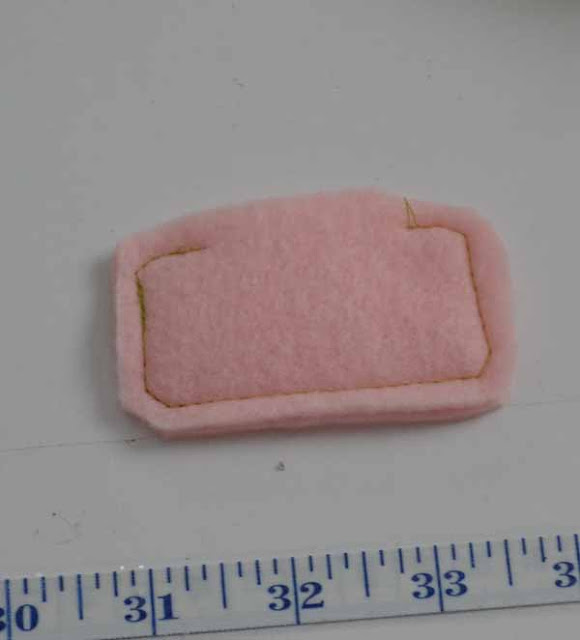 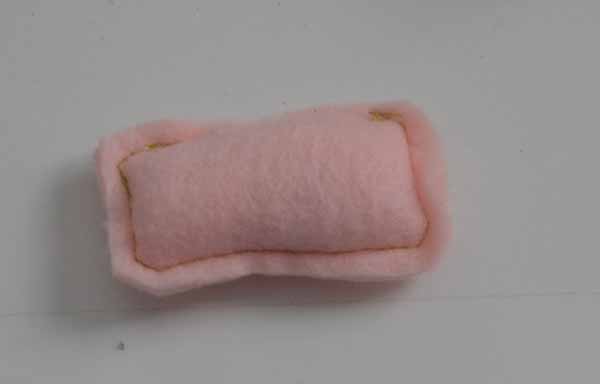 Then I spotted a scrap of sweatshirt material I had trimmed off and made a triangle. 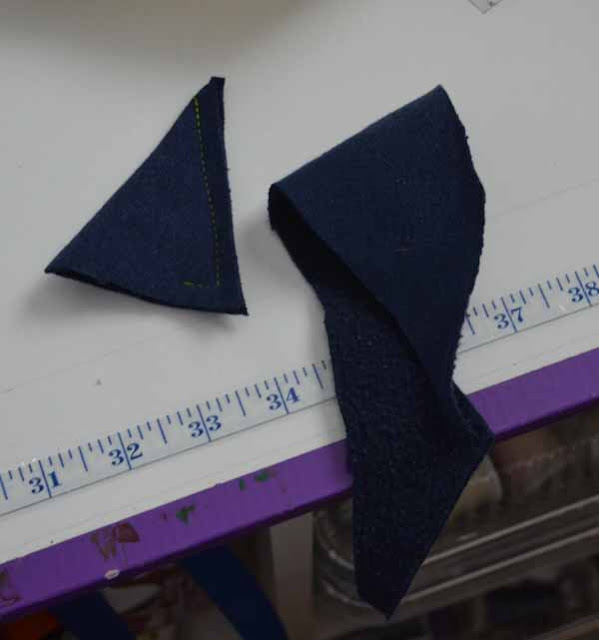 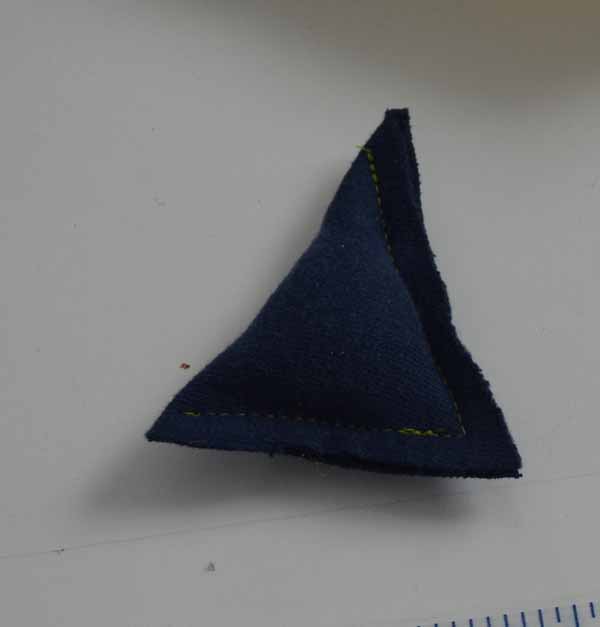 I think he liked them. 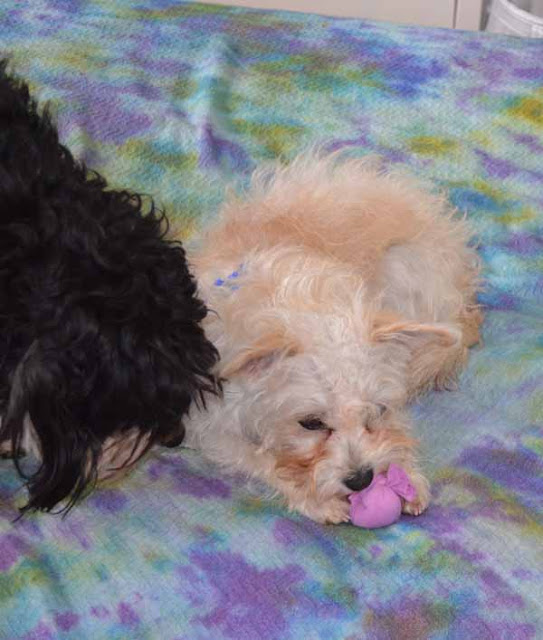