This is a Janome Needle Felting Machine. I bought this when they first came out and were much cheaper than they are now. Sometimes they are referred to as Embellishers. 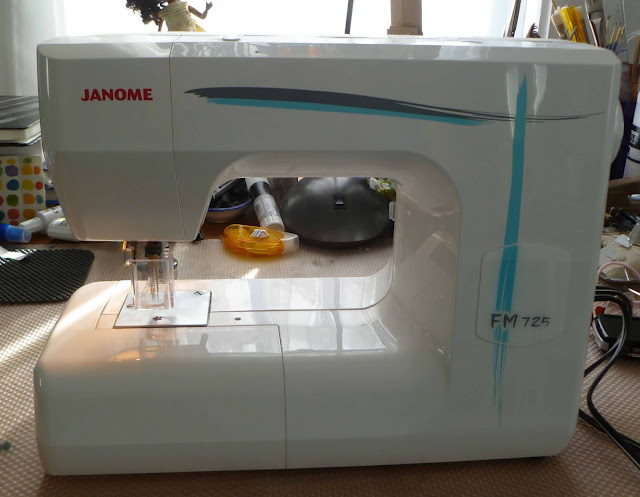 It came with a brace of 5 needles. These are not replaceable if broken. I broke one of the five a while ago and just decided to use the four. While making this piece I broke a second needle so I'm down to three. You CAN buy another brace which has replaceable needle but it costs $50.00. I don't use this enough to warrant buying a new brace of needles. As you can see each needle has it's own hole. It looks like a sewing machine but there is no thread and no bobbin. Where a bobbin would normally be is a small catchment for fibers that are broken loose during the felting process. 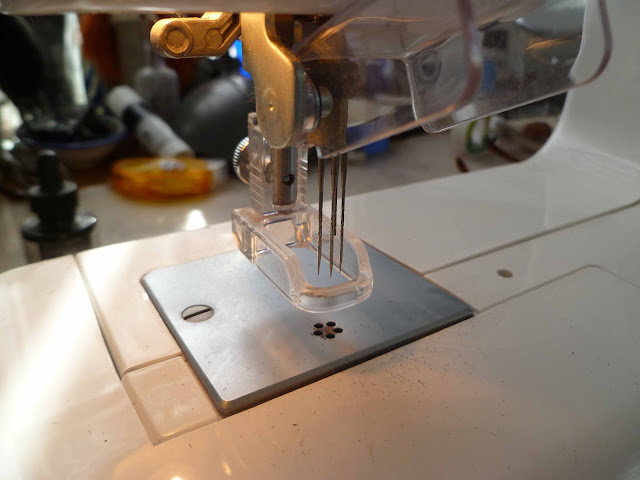 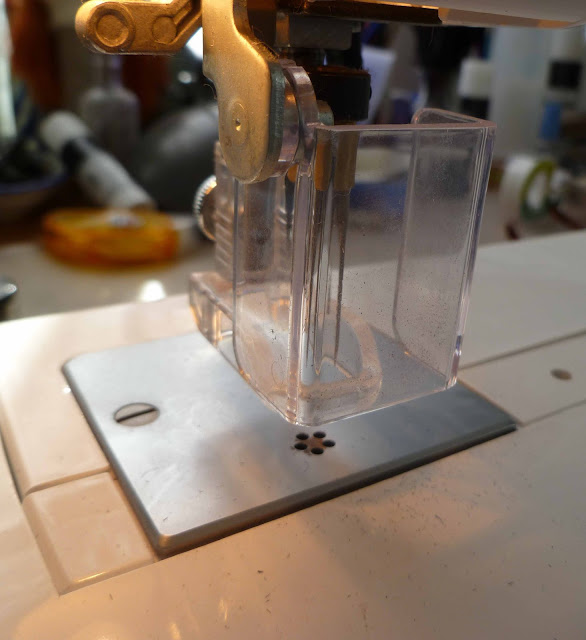 The "finger guard" is in place. I can't imagine running 5 barbed needles through my finger. OUCH! 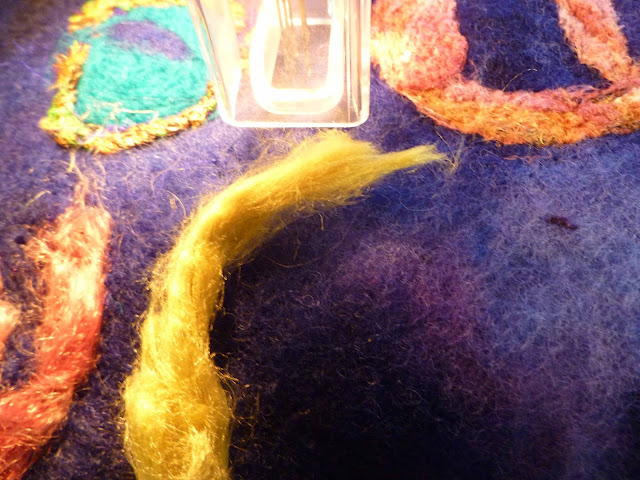 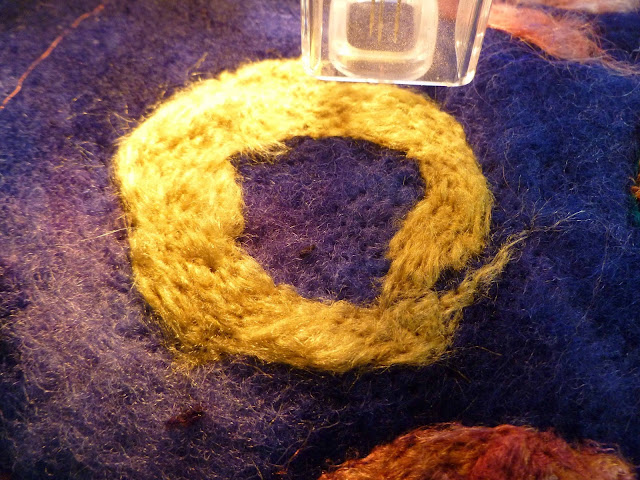 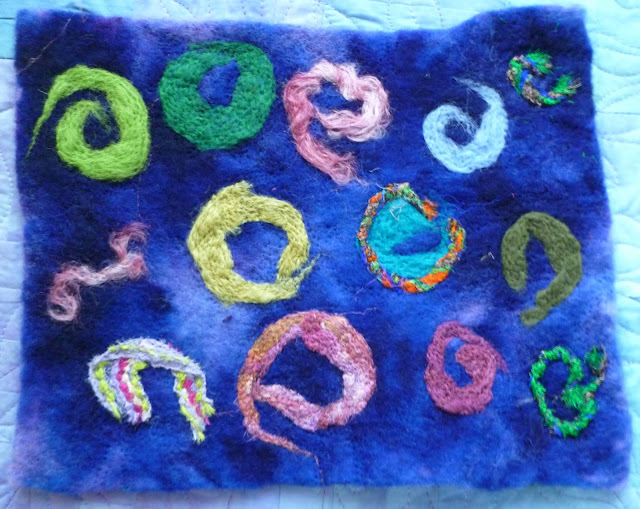 Here is the piece after needle felting. I also used ribbon. Friday I will show the piece finished.
Posted by Beth at 1:00 AM