Another purse and the mess 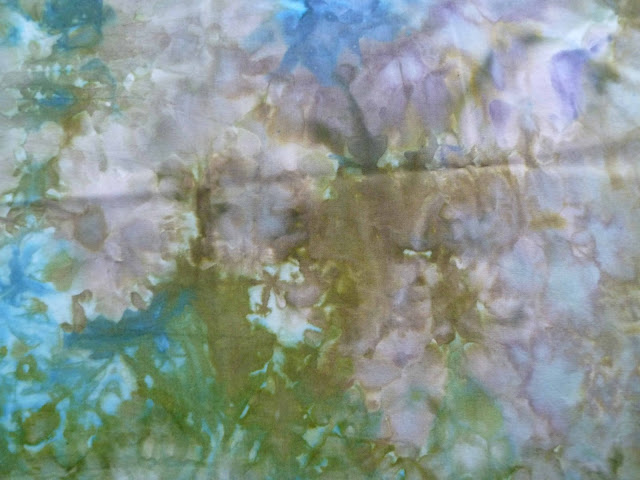 I was so disgusted, I pushed it off the table where it lay until Rosalita called before coming over to finish her purse. I sliced the fabric down the middle, cut a strip of the snow dye about 2" wide turned it head to tail between the front and back purse pieces and sewed them together to gain a bit on the width which is where I would lose size because of the quilting. At least I salvaged the fabric although I didn't really want a strip in the middle of the purse. 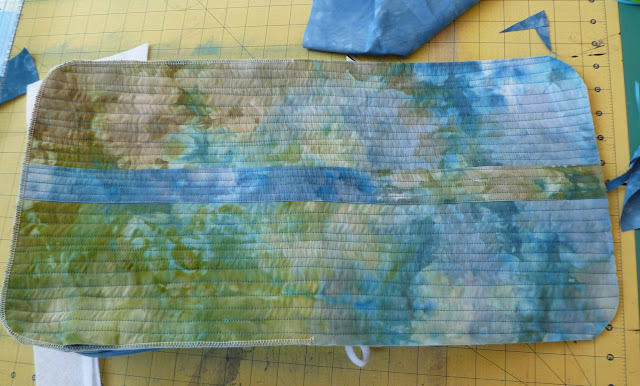 The actual directions are here where I made the 5th incarnation of this purse in purple and green. Below are some process pics: 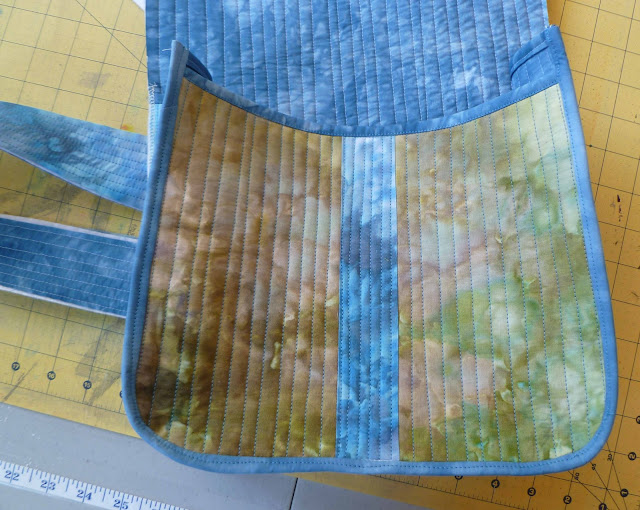 The binding is on the front panel and the back is just serged in place, strap underneath. 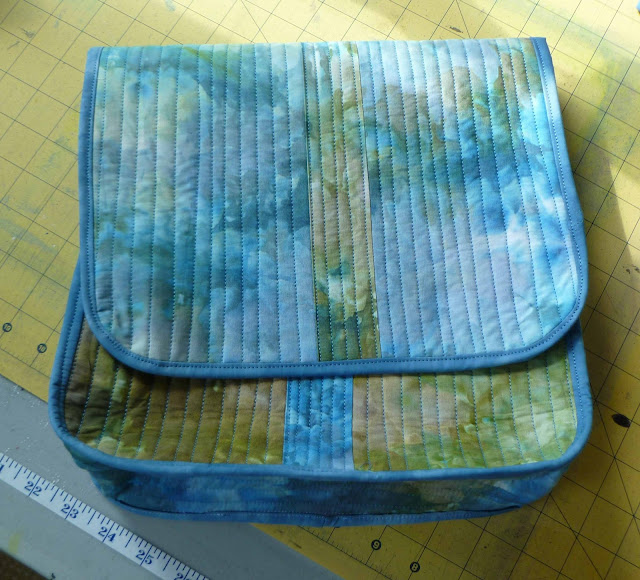 Before attaching the strap 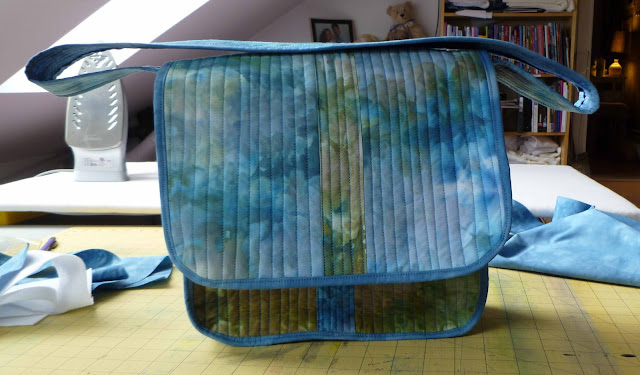 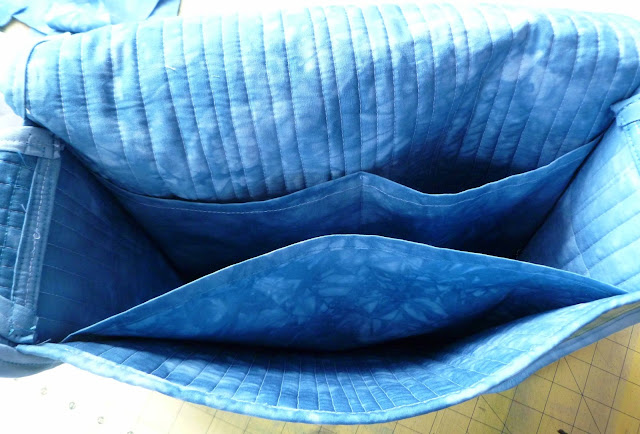 And this is the mess after finishing the purse. Was it worth it? Yes. I learned a lot more about what NOT to do in the construction of this purse. 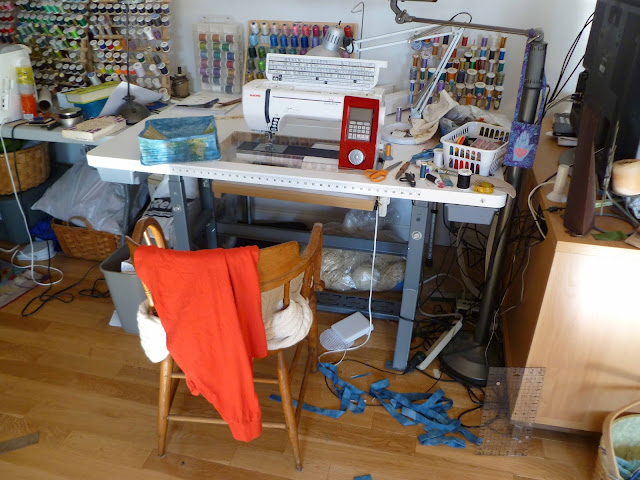 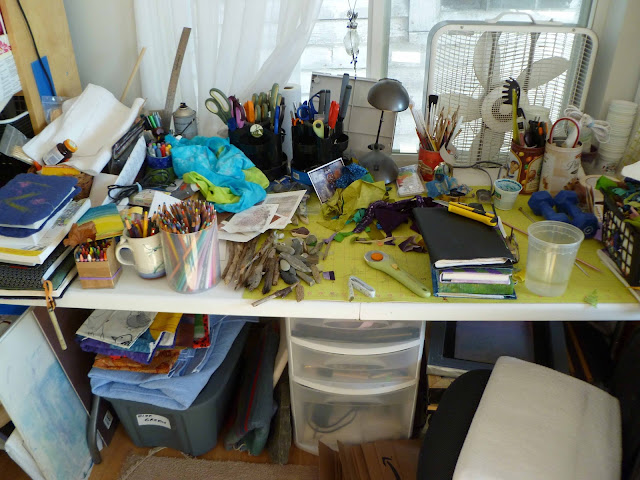 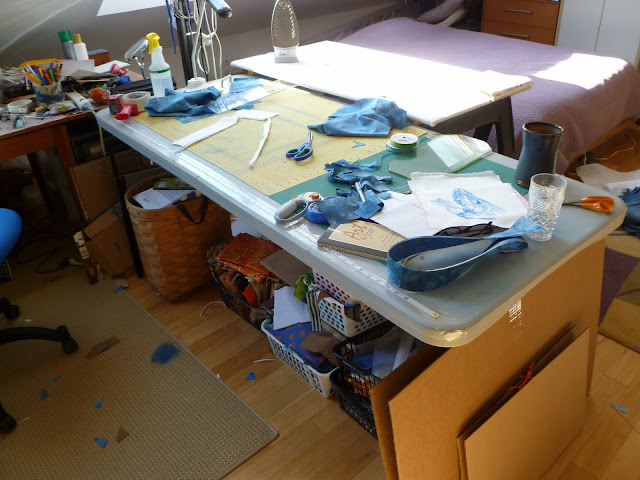