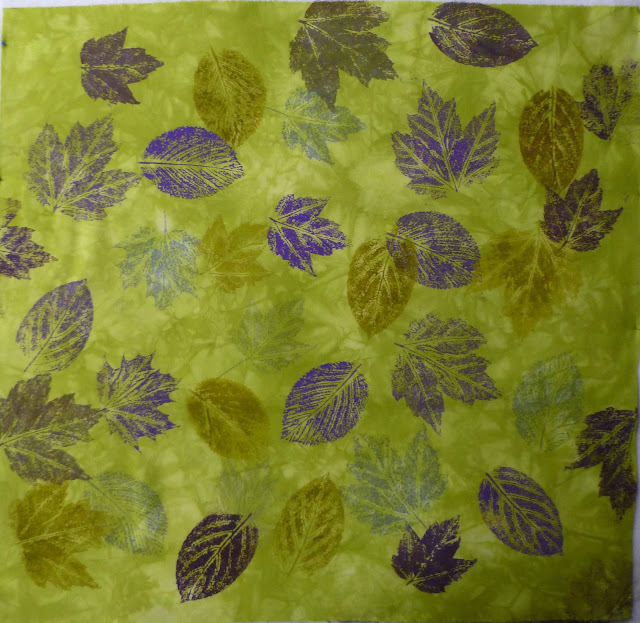 Remember this from the 3rd anniversary blogs? I had to cover a new book that I will be using over and over for reference. I was going to do another flip and sew but saw this fabric sitting innocently on my shelf so I decided to use it for the book cover, I usually line the book with black but since this is such a light and springy piece, I decided to use some more plain chartreuse. Here are the process pictures: 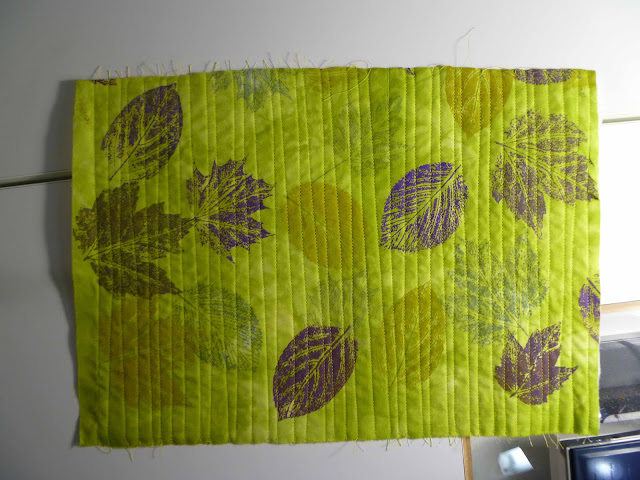 Fortunately for me, this book had a paper dust jacket and I used that to cut the fabric for the cover as well as the felt for the batting. I straight stitched the cover for quilting since the design of the leaves was so intricate. I thought simple straight lines wouldn't detract from the images. 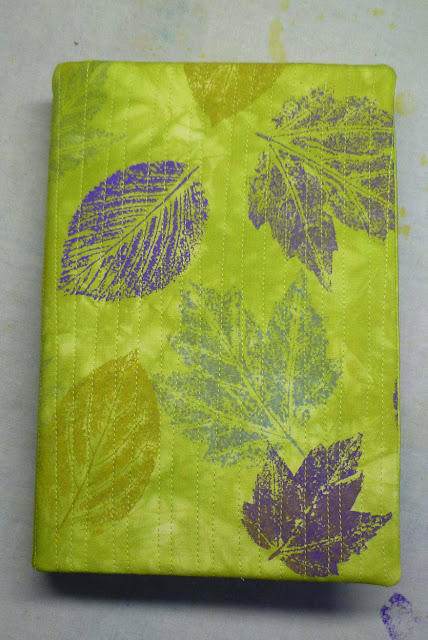 Here is the book covered. I used the same fast and simple technique in my "Best Ever Book Cover" tutorial. 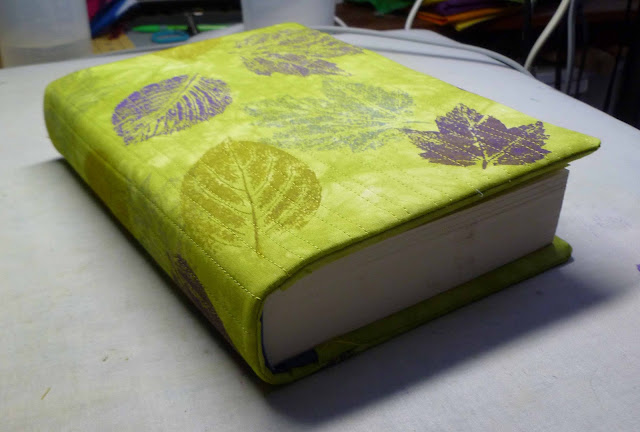 Here it is on an angle.

As an aside, my partner got Chinese carry out and when I spotted the empty take-away box I thought... 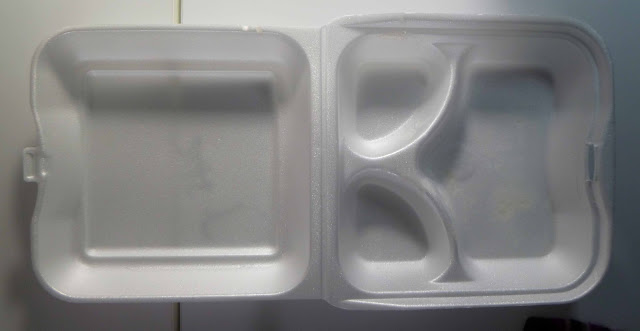 Two small (red, blue) and a large (yellow) and a "palette" to mix the thickened dyes. I washed and saved it for a future playdate...

And speaking of chartreuse, I did this with acid dye and will shibori it later on. 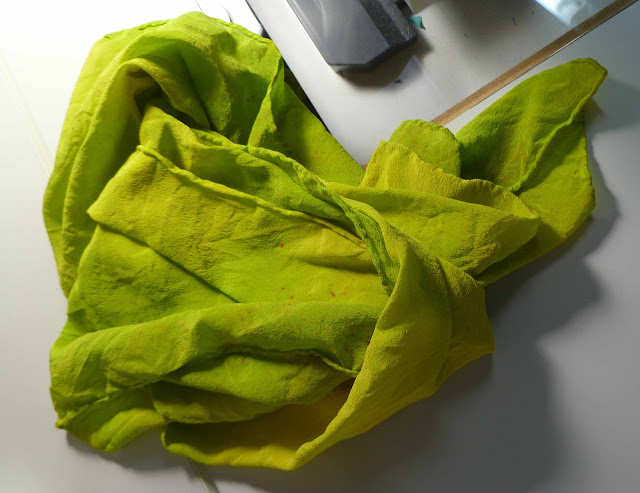 Yes, those are tiny red dots. It gets dark so early this far north, I am forced to take pictures with artificial light. At least they are "daylight" bulbs.
Posted by Beth at 5:37 AM