At first I was determined to make the quilt exactly as it was meant to be. After a few hours, yes, hours, I decided to make some of the 12" blocks 6 " and some of the 6" blocks as 12". There was one block I was NOT going to make and that was the beehive. A spoiler alert, Susan and I aren't necessarily making the same blocks at the same time. 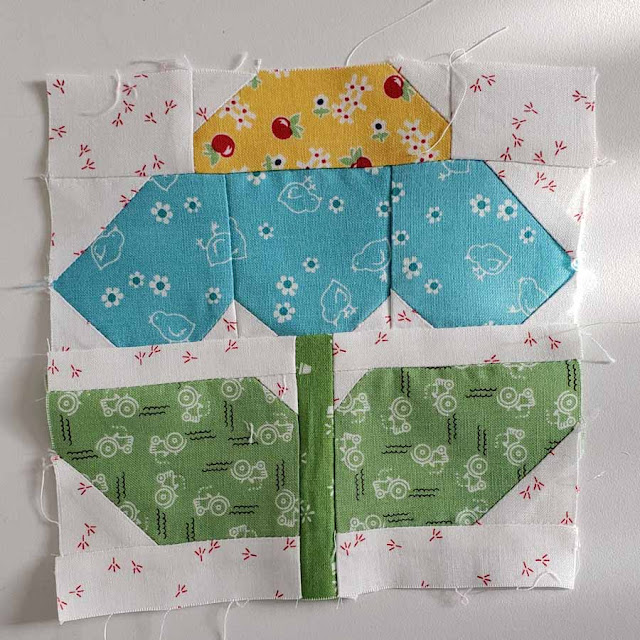 My Dahlia above and her's below 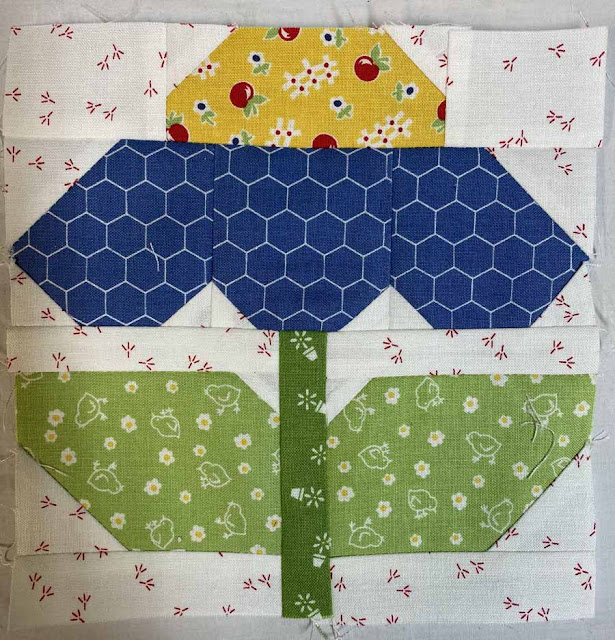 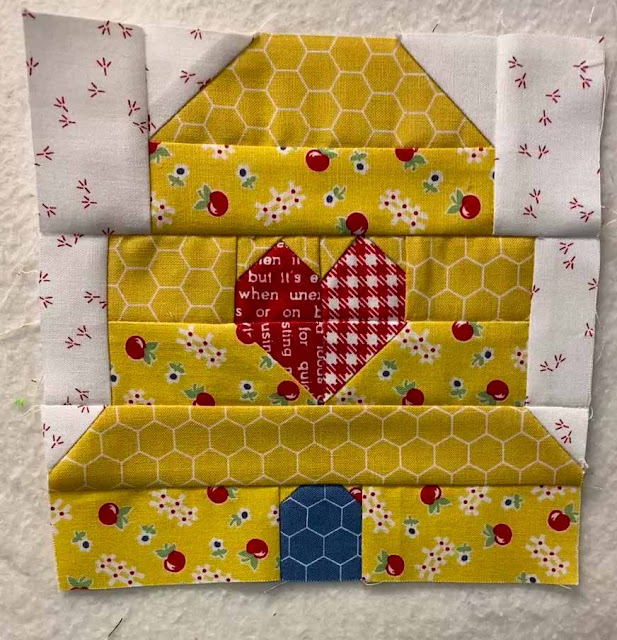 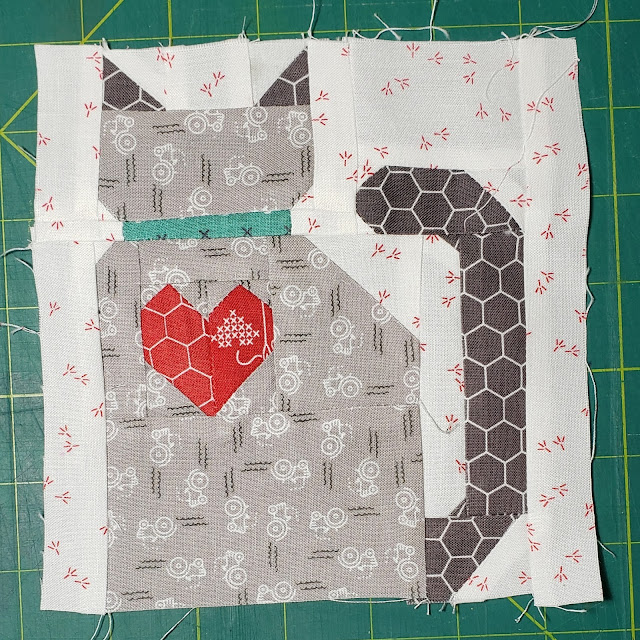