My distant cousin sent this white knit coverlet because she had one she didn't need and thought I could use it in my dyeing/art work. It turns out I liked it on my bed but because it was white the dogs would get it smudged with their feet.

Yesterday I was home, sick as a dog with nothing I could do, so I decided to get my "cement mixer" and give it a whirl. I arranged the coverlet in it, poured warm soda ash water to saturate it and dump all these bottles of dye that were in my fridge for over six months on in some interesting way. I don't know how interesting it was but I applied it like I apply dye to snow. 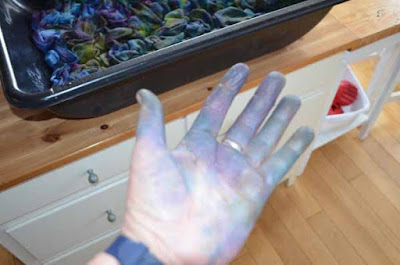 After about four or five hours, I decided to rinse it. That's when I realized my lack of planning. It was like the dog who chased the car but didn't know what to do when he caught it. How will I ever rinse out this huge heavy wet chunk of knitted cotton? 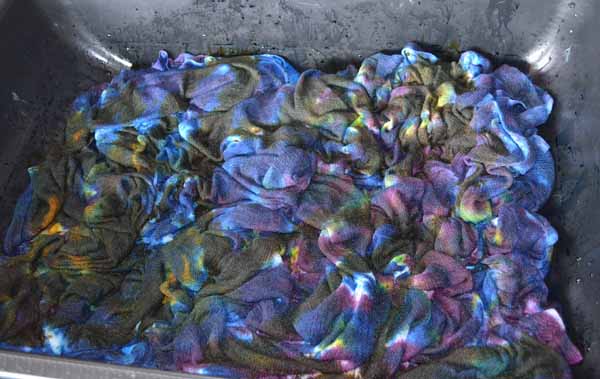 I carried in the entire cement mixer and put it on the shower floor then with the sprayer, washed as well as I could, section by section til it was out of the cement mixer and on the shower floor. I managed (somehow) to lift the whole dripping mess up to a grab bar, then Brian brought me a plastic dishpan so I could transfer it to the washer without flooding my house with a stream of watery dye. 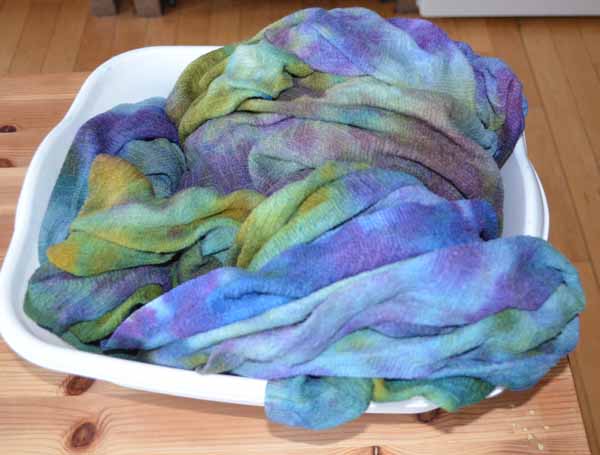 The washing and drying was without drama!! I like the result especially considering these dyes we so old. better than plain white. 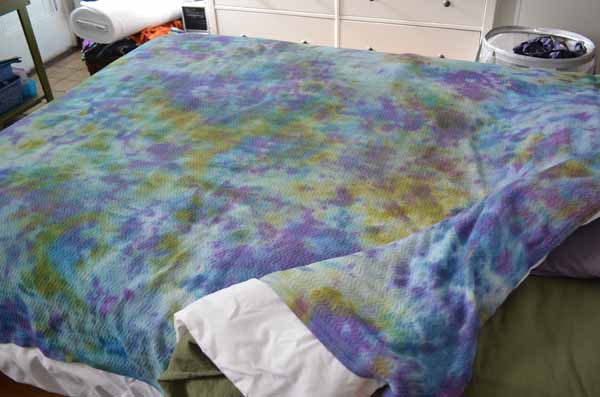 You'll never spot a dog paw print on that!! 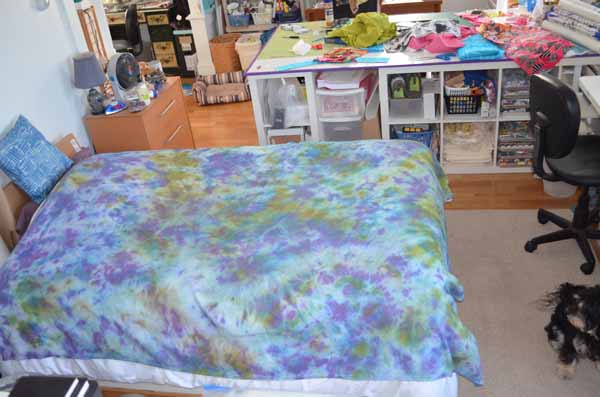 In the background you can see the IKEA shelves on their sides with the 4' X 8' table top on it.
Posted by Beth at 1:00 AM