Today is senior day at the Co-op where we buy most of our food. When I returned and put the food away I was overcome by a compulsion to dye wool. Go figure!
A few weeks ago I went to a craft fair and bought two cute felted handbags. A local teacher knit them and they were so cute. Now the long story. A friend told me about a friend of hers who had sheep and was learning to spin wool. She said this woman had a large amount and wanted to sell it cheap. I bought it sight unseen and this was the bag of wool. 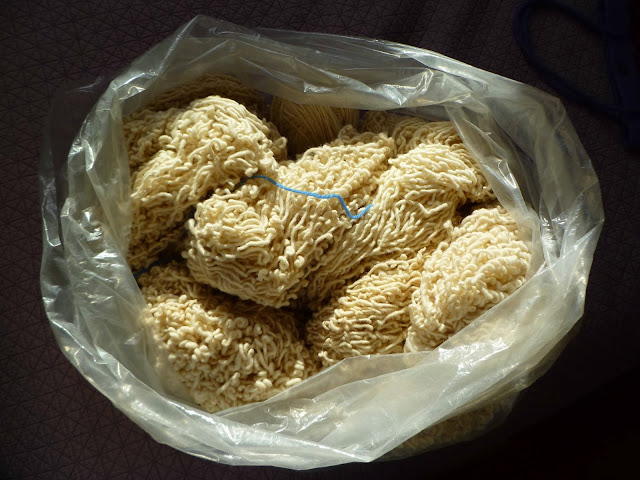 At the top of the bag you can see the one skein I wound into a ball. Well, I thought knitting a bag with double strands on big needles might be a way of using up some of this wool. It really smells bad. So today the dyeing bug bit and this is what I did. 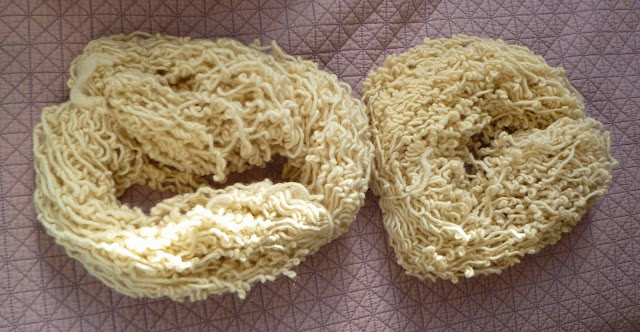 I picked out 2 skeins 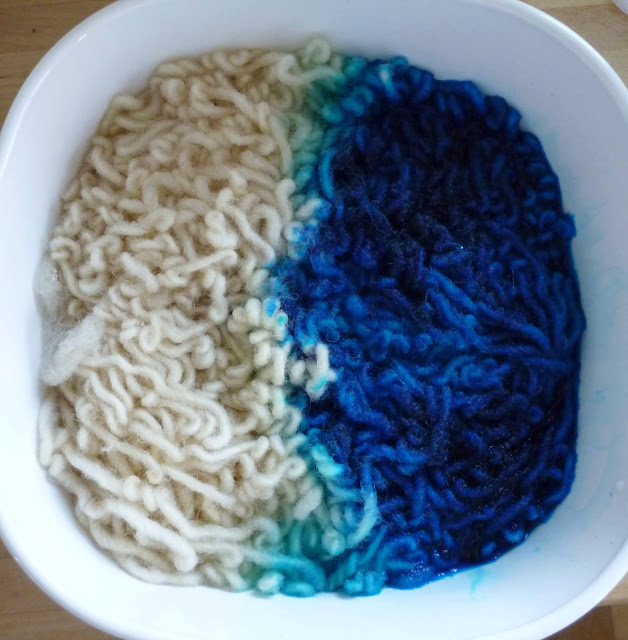 Look like ramen doesn't it? I poured in vinegar water and blue dye on one side. 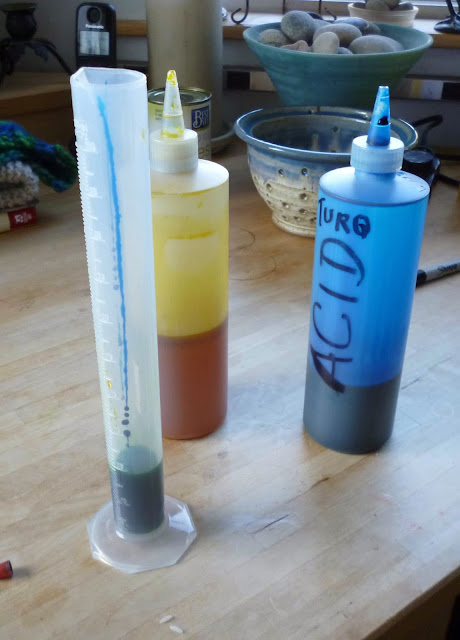 I mixed yellow and blue for green 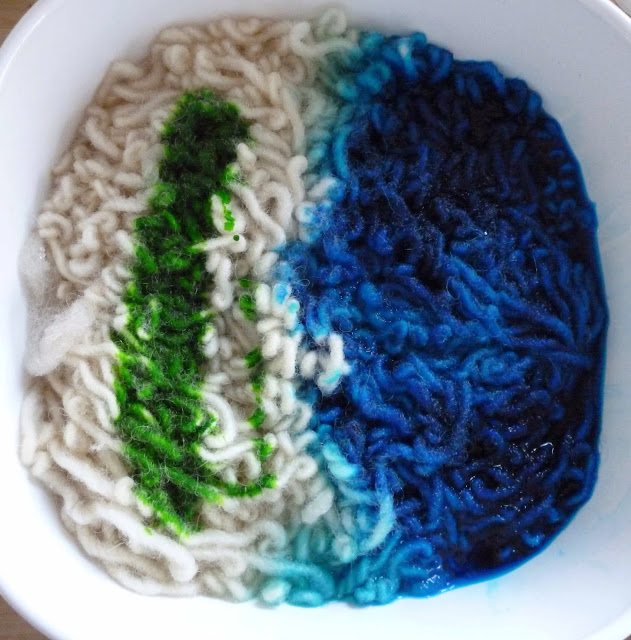 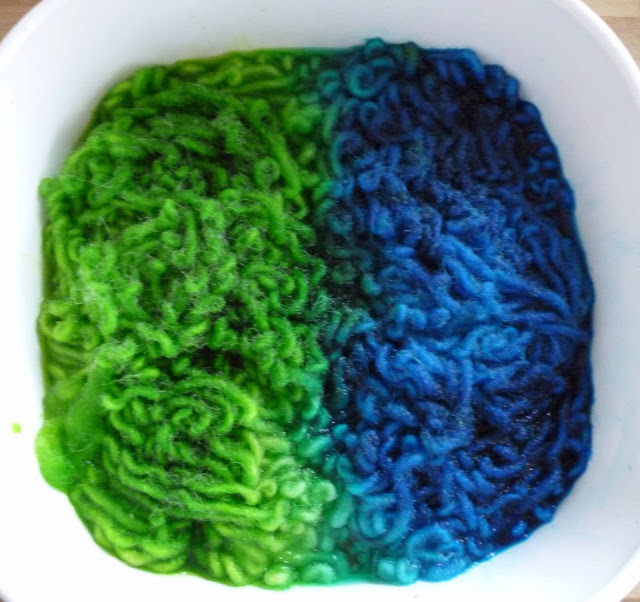 I added that to the other side 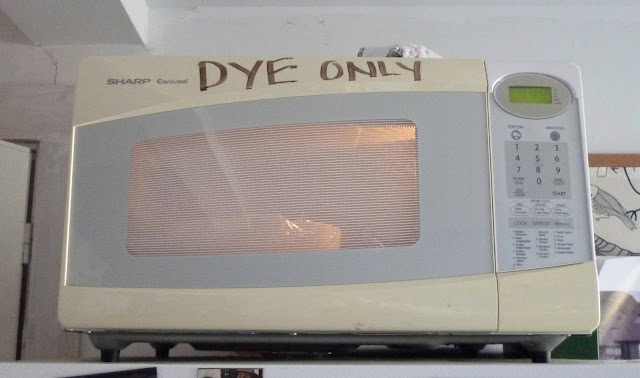 Now I see that I should have flipped the skein over for better color saturation so I made sure I did on the second skein. 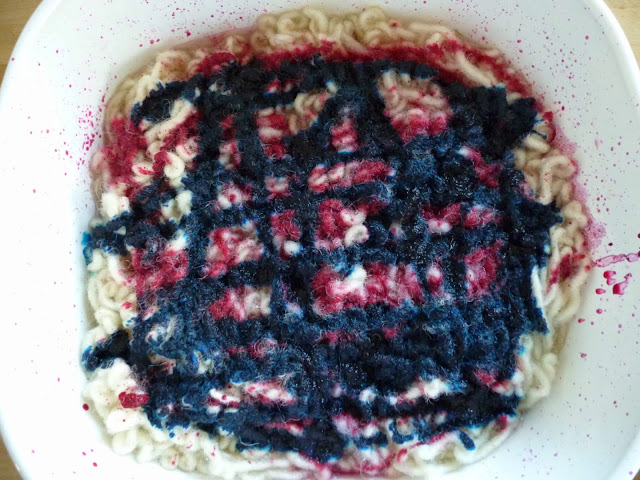 This time I just mixed it in the pot 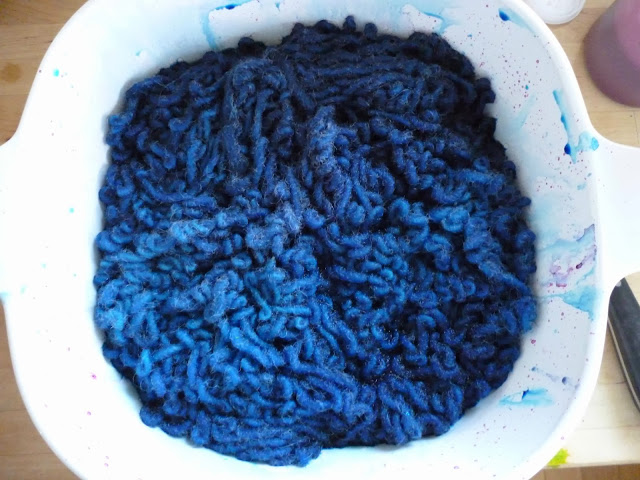 It is actually purple 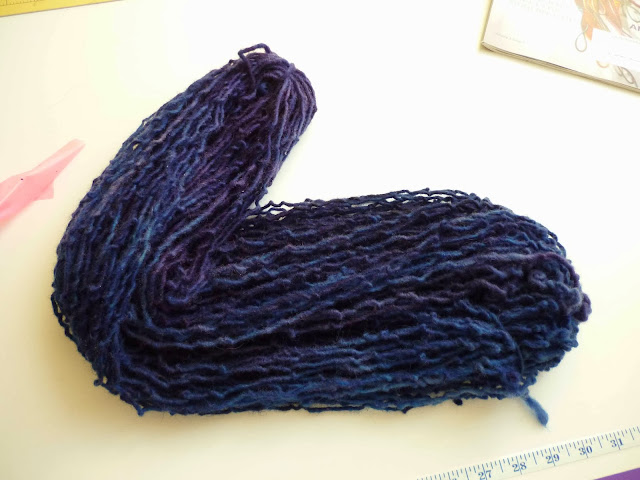