For the love of crows

If you at all familiar with my blog, you know how much I love crows and ravens. Here is few another attempt to capture the beauty and fun of my winged angels. 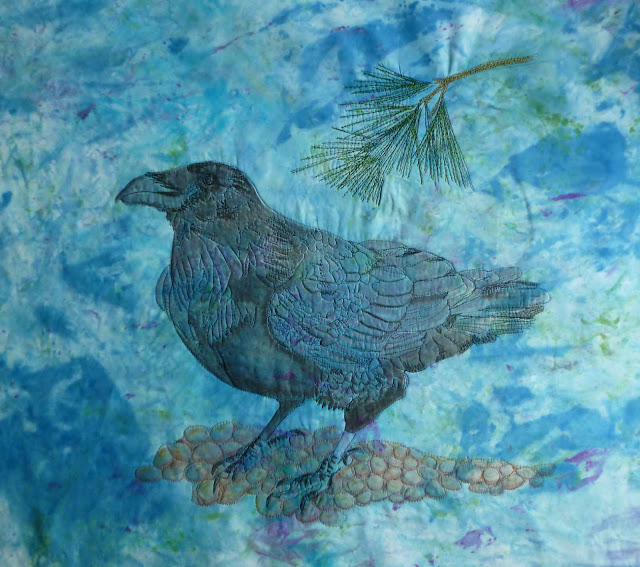 This beautiful fellow is all sketched in thread and colored with pastels, colored pencils and charcoal (YES!) I made them permanent with base extender from ProChemical and Dye   The pine tassel (my state flower) is stitched (still kicking myself for not using a better stabilizer) and the rocks are thread sketched and colored with pastels and colored pencils with base extender. He is done except for the background quilting in which I hope to flatten out the bumps around the pine tassel. He will be in my first solo show (more news about that later). 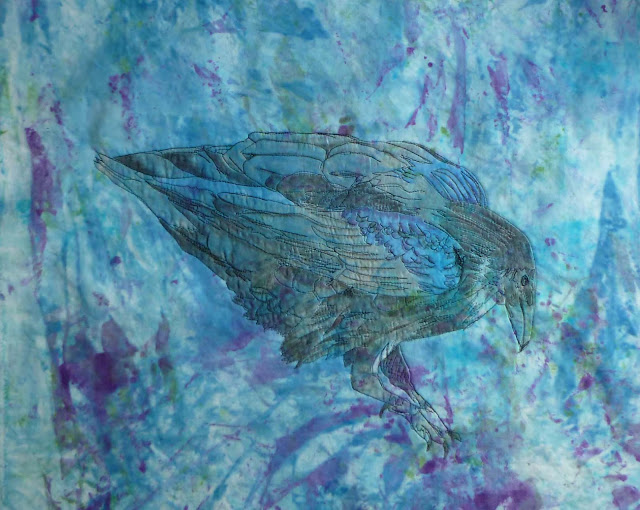 This playful girl has been sketched with some color added. I think I will highlight and do some extra darkening later and more base extender. As of yet no ground or the "object of her eye". It's a toss up between a red berry and some blueberries which are gaining in favor at the moment.