Many years ago I learned about Ernest Wright, the last hand made scissor artisans in the world. They are located in Sheffield, England. I bought two pairs of dressmaking shears before they went out of business. A few years later they we bought and re-opened by a German man who valued hand craftsmanship. He has really brought the company into the 21st century.

They came across of half century old steel blanks and decided to make them into functioning scissors. There were general purpose scissors and quilting and embroidery scissors. 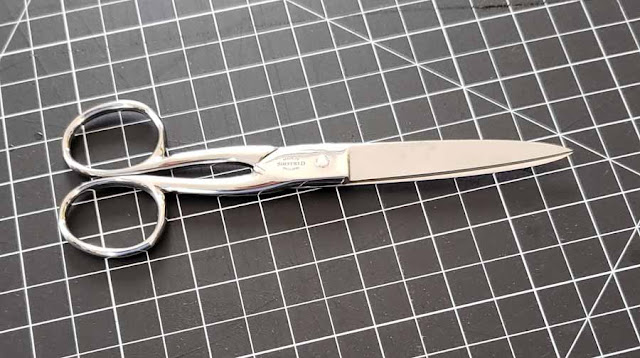 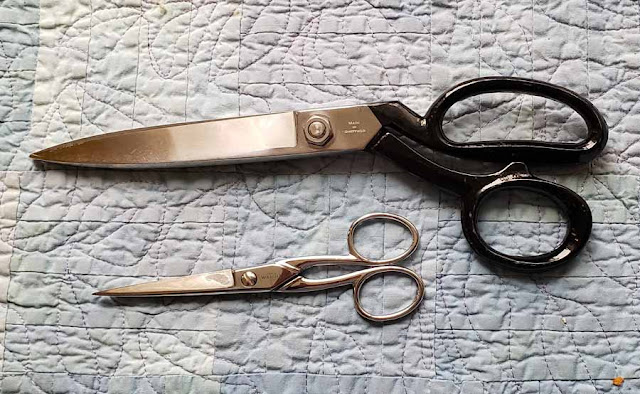 Quilting and embroidery scissors and 10" shears
Posted by Beth at 1:00 AM